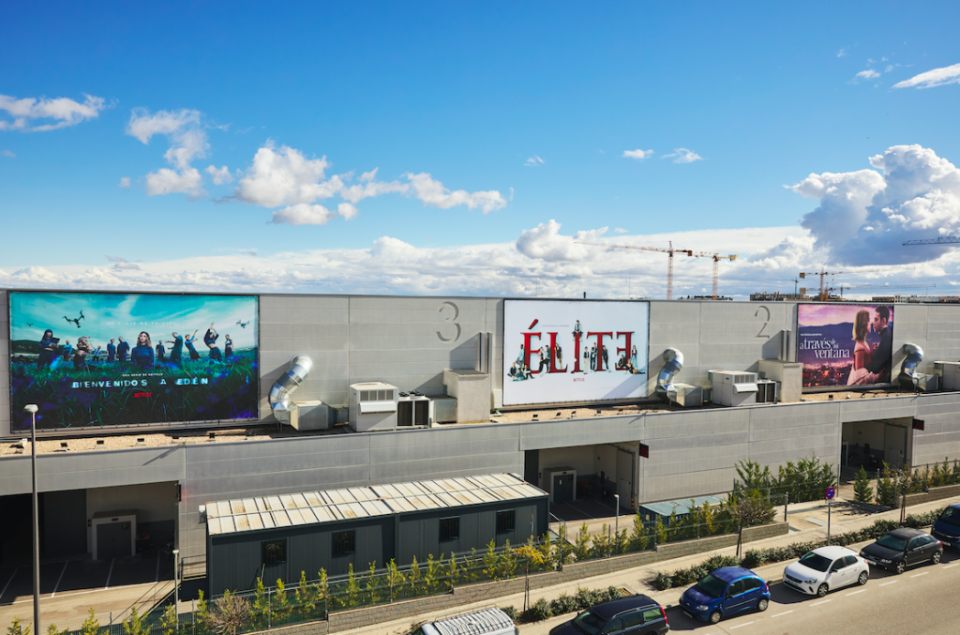 Spain’s bid to become the ‘Hollywood of Europe’ has taken a further step forward with the online streaming giant, Netflix, recently inaugurating five more film sets at its hub in Madrid, doubling its production capacity in Spain that is fast becoming a hub of audiovisual creation in Europe.

The new facilities include five more soundstages and around 30 editing suites in ‘La Ciudad de la Tele’ (TV City), a vast production complex in the town of Tres Cantos, north of Madrid.

Netflix has now doubled its production capacity in Spain with 10 film sets in total, including spaces for production, make-up, hairstyling and wardrobe, the US company said in a statement.

In July 2021, Spanish Prime Minister Pedro Sánchez visited Los Angeles to present Spain as the ‘Hollywood of Europe’, due to the country’s production facilities and tax incentives. Four months previously, in March 2021, the Spanish government had unveiled a plan to bolster the country’s audiovisual sector with a 1.6 billion euros package over 2021-25, with plans to create an Audiovisual Hub in Europe.

The aim is to increase film and TV production in Spain by 30% by 2025 to solidify the country as both a production leader and an attractive location for investment, talent and international shoots. The Spain Audiovisual Bureau has also been launched to answer questions and facilitate collaborations, with the its multilingual website reportedly averaging about 50,000 unique monthly visitors since its launch this summer.

Other factors that make Spain attractive for international productions is that filming in the country can be around 20% cheaper than in other top European locations. It is also hard to beat Spain’s Mediterranean climate, with 3,000 hours of sunshine a year. There’s even a new framework in place to fast-track visas for AV professionals as well as to facilitate permits across regions.

Netflix first opened its Tres Cantos studios – the first outside the USA – in 2019, shortly after the Spanish series ‘La Casa de Papel’ became its first global hit in a language other than English. With the expansion, it is now a multi-purpose space of more than 22,000 m2.

The stages have housed some of Netflix’s biggest productions from Spain including Élite, La noche más larga, Valeria, Fuimos canciones or Criminal. Since the first Netflix production in Spain, Las Chicas del Cable, in 2016, they have created over 10,000 jobs and worked with over 40 local production companies.

ALSO READ: Sánchez presents Spain in LA as the ‘Hollywood of Europe’ for film & TV productions.