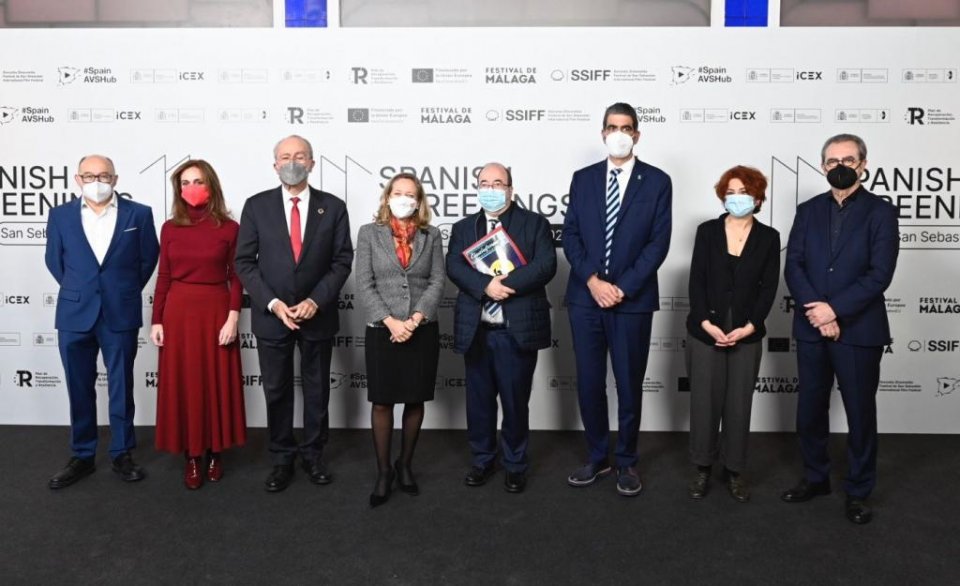 The Spanish government has announced its latest initiative to boost the country’s audiovisual sector, with the promotion of ‘Spanish Screening XXL’, an international market for Spanish audiovisual productions.

The project is a collaboration between the Ministry of Culture and Sports, through the Institute of Cinematography and Audiovisual Arts (ICAA), and the Ministry of Economic Affairs and Digital Transformation, through ICEX.

Both festivals are launching the new version of the Spanish Screenings, that have historically been showcased at Málaga to attract international buyers to Spanish produced films.

The renamed ‘Spanish Screening XXL’ event will run from 21-24 March at Málaga’s Film Festival and continue at the San Sebastián Film Festival later in the year, from 17-25 September.

Plans for a ‘Spanish Screenings on Tour’ event have also been announced, that will take place outside of Spain, with a specific target audience in Eastern Europe and Asia.

During a presentation of the Screenings XXL at the Cine Doré in Madrid this week, Miquel Iceta, Spain’s Minister for Culture and Sport, announced details of the funding for the project for 2022 and 2023, totalling 4.2 million euros.

Iceta also confirmed that a total of 20 million euros of government funding will be dedicated to the promotion and development of the Spanish film and TV sector.

The funding is coming out of the budgets that were announced last year in the government’s European Audio-Visual Hub plan, that allocated 1.6 billion euros to supporting the sector as part of Spain’s economic recovery and development plans.

During the launch event, the presentations outlined the importance of attracting international investment to the country to support the development of the sector.

As part of this strategy, the Málaga and San Sebastián Film Festivals this year are both expected to play an important part in bringing together key players from Spain’s audiovisual sector and funders from around the world, with a view to brokering deals that will elevate Spain to global leaders in the industry.

ALSO READ: Sánchez presents Spain in LA as the ‘Hollywood of Europe’ for film & TV productions.