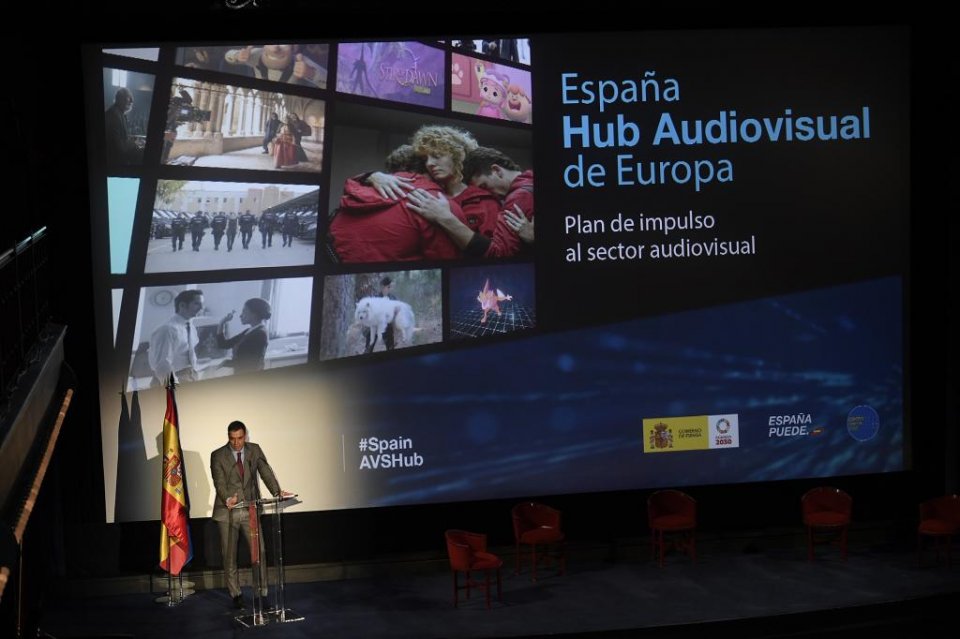 With the 74th Cannes Film Festival now having drawn to a close in the south of France this week, the Spanish film industry is optimistically looking forward to a buoyant period ahead.

France’s Julia Ducournau became only the second female director to win a Palme d’Or for her thriller Titane as the festival wrapped up on Saturday. The world’s biggest and glitziest film event was the first major movie festival to take place since the onslaught of Covid-19, even if the pandemic’s restrictions put a dampener on the parties and resulted in smaller crowds attending. Normally taking place in May, the July slot also meant that film fans were outnumbered by holidaymakers.

After last year’s cancellation, festival-goers were treated to an abundance of films, some of which had been waiting to premiere since early 2020. Meanwhile, after a turbulent year for all sectors dealing with the pandemic and restrictions that have hampered film productions across the world, the Spanish audiovisual sector is continuing to gain an envious reputation as leaders in this arena.

This was highlighted during the 2021 edition at Cannes, with ICEX attending for the 10th year in an official pavilion to showcase the country’s abilities in film production, with organisations present including Film Factory Entertainment, Begin Again Films, Zineuskadi, Ibicine and the Spain Film Commission.

Earlier this year, Spanish Prime Minister Pedro Sánchez announced a 1.6 billion euros package over 2021-25 to boost the Spanish Film and TV production sector, with plans to create an Audiovisual Hub in Europe.

Sánchez highlighted the importance of the sector, saying ‘the audioviusal industry is key in terms of employment and economy, as well as our cultural identity and international projection’.

The plans are aimed at attracting talent and investment to the country’s audiovisual sector, including supporting digitalisation of content business, and the promotion and expansion of the sector through attracting global investments.

The majority of the package is offered in the form of tax breaks and financing offered to international and Spanish companies, including low interest loans from state bank ICO, bank guarantees for credit access and credit lines for exports.

Alongside this, an amount of 15 million euros will be focussed on training programmes in the sector, to develop and expand the pool of future talent.

Spain has been gaining a strong reputation in the filming world in recent years, with Netflix establishing a European Production Hub in the region just north of Madrid. Within this area, Movistar Plus, the Mediapro Studio, Atresmedia and Mediaset España have also established a presence and all within close proximity to each other.

The audiovisual industry in Spain is seen as a key player in the economy, currently accounting for approximately 3.2% of GDP.

Spain has been admired for its versatility of its landscapes for shooting, that can be used creatively to reflect locations from around the world. During production of the Netflix series, The Crown, Spanish locations were used to film scenes depicting Athens, Arizona and the Australian outback.

It’s not just the landscapes that are grabbing the attention of film producers around the world. Costs are also considered low when compared to US or UK productions.

As the Cannes festival ends, the Spanish film sector will reflect on how it has forged new relationships with key players from across the world during the last fortnight. Relations with the film industries in the US and UK are thought to be crucial in supporting the growth of the sector in Spain.

The future is certainly looking good, and the government hopes that its support for this growing sector will help to continue this development and enhance Spain’s reputation as global leaders in audiovisual production.