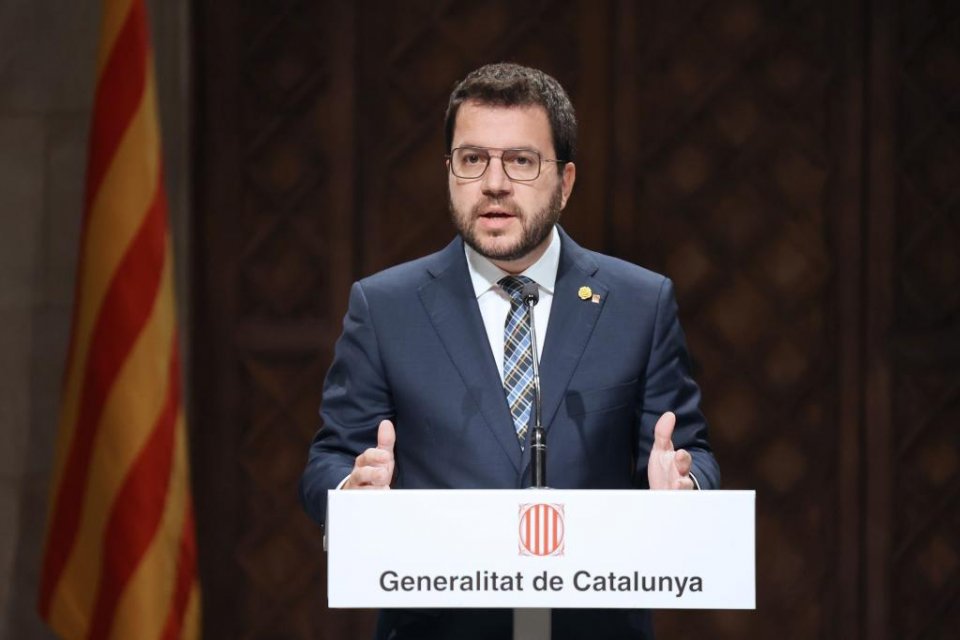 Catalonia has found itself in a situation of political uncertainty again after the Junts per Catalunya (JxCat) party decided to pull out of the pro-independence coalition government.

The decision to abandon the government came on Friday after a vote by party activists in which some 55% said they wanted to leave, compared with 42% who wanted to stay.

Spanish Prime Minister Pedro Sánchez, speaking on the sidelines of an EU summit in Prague, called for ‘stability’ at such a ‘complex time’ for Catalonia.

But the decision will not bring down the Catalan administration, at least not in the short term, with regional leader Pere Aragonès saying he won’t call early elections.

Instead, his left-wing Esquerra Republicana (ERC) will govern with a minority. It means president Aragonès will have to study parliamentary balances and options to continue moving forward with the legislature. Each bill and law put forward will have to be negotiated with opposition parties in order to be passed.

‘We will not abandon the citizens in complicated moments like this, that is why we must continue to govern,’ Aragonès said late on Friday.

Aragonès will almost certainly seek the support from Sánchez’s PSC socialists in the Catalan parliament in order to pass key measures such as the regional budget.

Sánchez on Friday also said from Prague that his party ‘will always reach out for dialogue … for the general interest of Catalonia’.

Since 2016, JxCat has served in various ruling coalitions with ERC, with this latest line-up taking shape in May 2021.

Although both parties are in favour of Catalonia gaining independence from Spain, they have been sharply at odds over how to achieve it.

JxCat is headed by former Catalan leader Carles Puigdemont who played a key role in staging the 1 October 2017 referendum banned by Madrid and the failed independence bid that followed, sparking Spain’s worst political crisis in decades.

Nine Catalan politicians and activists were eventually jailed for between 9-13 years by the Spanish Supreme Court in October 2019, convicted of sedition and misuse of funds – with the verdicts causing widespread protests across Catalonia. In June 2021, the nine walked free from prison, following the pardons granted by Spain’s central government, the current PSOE–Podemos coalition led by Sánchez, who favours dialogue with Catalonia to rebuild relations. Puigdemont remains in self-imposed exile in Belgium and is now an MEP.

The failed independence bid triggered a bitter rift between the JxCat and ERC parties that has never healed.

ERC backs a negotiated strategy via dialogue with Madrid, while JxCat prefers a confrontational approach on grounds that Spain has ruled out any new independence referendum.

Tensions between the two parties came to a head last week when JxCat threatened to call a vote of no confidence, prompting Aragonès to sack his deputy Jordi Puigneró, the hardline party’s top official in the Catalan government.

Laura Borràs, speaker of the Catalan parliament and a JxCat MP, called Aragonès’ administration ‘a failed government’ more concerned with making agreements with the Spanish socialists than with reaching consensus within the regional coalition.