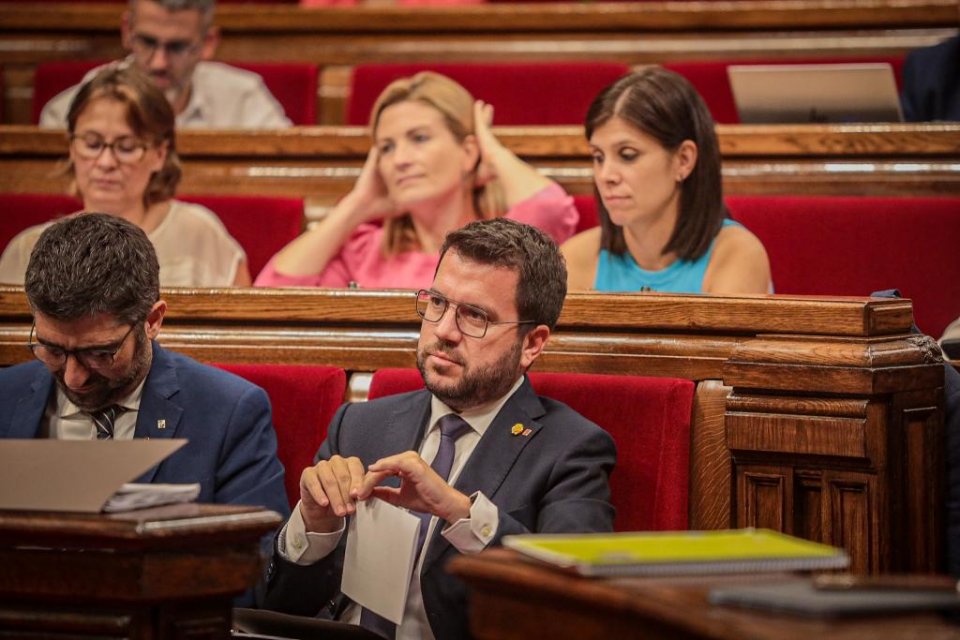 The president of the Catalan government, Pere Aragonès, from the Esquerra Republicana (ERC) party, has sacked his vice-president, Jordi Puigneró, of the coalition government’s junior partner, the Junts per Catalunya (JxCat) party.

Both parties disagree on the way ahead in the Catalan independence campaign. While the ERC party is prioritising dialogue with Spain in order to reach a deal on an agreed independence referendum, JxCat is skeptical that any progress will be made in the talks with Madrid, preferring a more confrontational approach.

The fragile coalition pact between the two main pro-independence parties had escalated on Tuesday, after JxCat threatened to ask for a motion of confidence against the ERC president during the annual general policies debate in the Catalan parliament.

On Wednesday, Aragonès cleared his schedule in response to the situation, later taking the decision to remove Puigneró from his post for not informing him in advance of the possible motion of confidence.

‘I lost the confidence in [Puigneró] in the past few hours,’ he said before adding that ‘the sacking of the Catalan government’s vice president Jordi Puigneró pains me, but it was a necessary step to strengthen the executive’.

The decision was considered a ‘historic mistake’ by JxCat in a statement after the president’s speech.

On Tuesday, Aragonès had announced that Catalonia would push the Spanish government for a new agreement on holding a binding referendum on independence that would be recognised both by Spain and the international community.

‘I have no doubt this is the fastest and most efficient way to hold another vote because it originates from the lessons learned from 2017 and overcomes the difficulties that did not allow us to implement the result five years ago,’ said Aragonès.

He called his proposal the ‘most inclusive, democratic and explainable to the international community’, and said he would seek the support of all Catalonia’s political actors.

The Spanish government, however, has consistently rejected the proposal.

‘They have those maximalist aspirations, which are absolutely not shared by the government,’ the Spanish government spokeswoman Isabel Rodriguez told reporters. But both governments would keep talking to ‘normalise’ their relationship, she said.

The so-called ‘Clarity Agreement’ proposal from Aragonès came shortly before the fifth anniversary of Catalonia’s unauthorised independence referendum and at a critical time for its coalition government and the independence movement.

Nine Catalan politicians and activists were eventually jailed for between 9-13 years by the Spanish Supreme Court in October 2019, convicted of sedition and misuse of funds – with the verdicts causing widespread protests across Catalonia. In June 2021, the nine walked free from prison, following the pardons granted by the current PSOE–Podemos coalition government led by Pedro Sánchez, who favours dialogue with Catalonia to rebuild relations. Puigdemont remains in self-imposed exile in Belgium and is now an MEP.