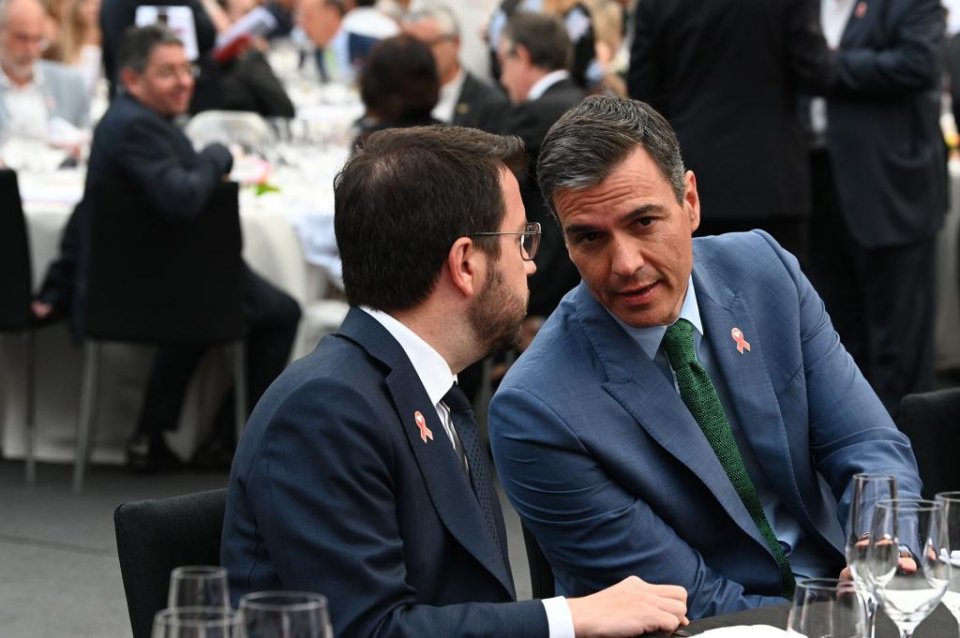 Spanish Prime Minister Pedro Sánchez is to meet with the Catalan president Pere Aragonès on Friday 15 July in Madrid, their first formal face-to-face gathering since government relations broke down in the wake of the CatalanGate espionage scandal.

The meeting was announced following a get-together on Friday between Spain’s minister for presidency and relations with parliament, Félix Bolaños, and his Catalan counterpart, Laura Vilagrà.

‘Catalonia needs dialogue. No more tension. No more confrontation, we will never turn our backs again,’ Bolaños told a news conference after the meeting.

Relations between the two governments have been strained since Canadian cybersecurity watchdog Citizen Lab said in April that the phones of over 60 people linked to the Catalan independence movement had been tapped using Pegasus spyware after the independence bid held in October 2017.

While the group said it could not directly attribute the spying operations to the government, the circumstantial evidence pointed to Spanish authorities.

Spain later acknowledged its intelligence services had spied on the phones of 18 Catalan independence leaders, and with court approval, but said the ‘vast majority’ of numbers identified by Citizen Lab were hacked by ‘unknown actors’.

Aragonès, whose own phone was one of those allegedly targeted, has since repeatedly demanded a meeting with Sánchez to discuss the affair. They last coincided briefly at a business event in Barcelona last month.

The Catalan government and Spain’s central government had previously been holding ‘dialogue’ meetings in an attempt to resolve the Catalan political conflict triggered by the 2017 independence referendum deemed illegal by the courts.

The concept of the ‘bilateral negotiation table’ dialogue process was a prerequisite for the ERC party abstaining in the investiture vote for Sánchez to become prime minister in January 2020, thereby facilitating the socialist (PSOE) leader taking office again.

‘We are striving for an agreement that opts for dialogue and political solutions,’ Bolaños, who highlighted the greatly improved relations between authorities since 2017, told the press on Friday.

‘We must work from a place of respect between both parties in order to have faith in these negotiations,’ Vilagrà said, adding that its text speaks of ‘finding a democratic solution to the conflict’.