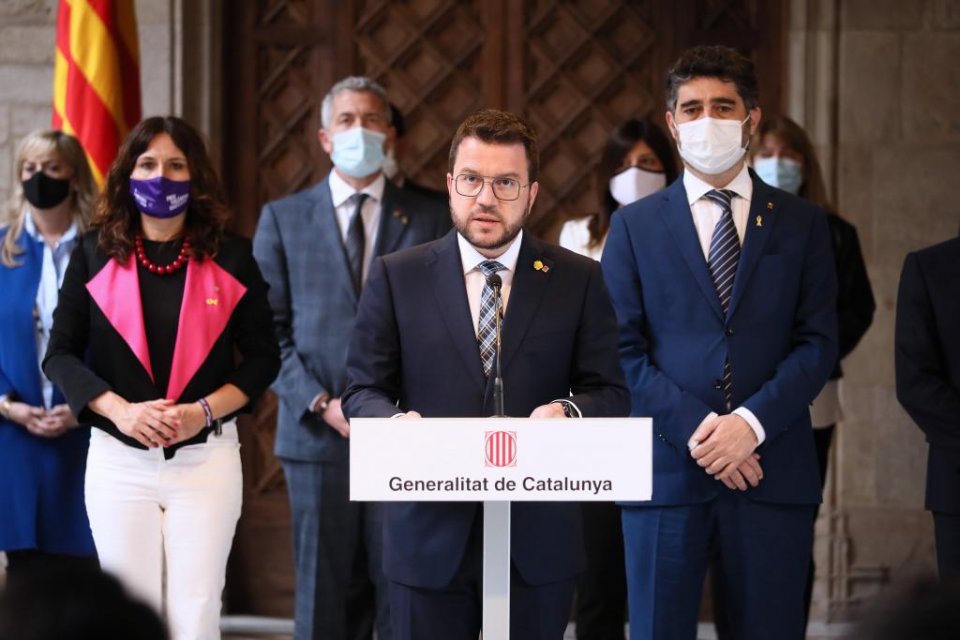 The Catalan government has frozen relations and ‘dialogue’ with Spain’s central government following a report claiming that over 60 pro-independence Catalan politicians and activists have been the target of Pegasus spyware in what has been termed ‘CatalanGate’.

At least 65 Catalans were targeted including the region’s current president, according to the full report by Citizen Lab research centre at the University of Toronto. The report said Pegasus spyware developed by Israel’s NSO Group had been installed on their phones.

Both the pro-independence camp, as well as the researchers in the Citizen Lab organisation believe the perpetrators of espionage are within the Spanish government. Citizen Lab said almost all of the spying took place between 2017 and 2020.

The Catalan government and Spain’s central government, led by Pedro Sánchez, had previously been holding ‘dialogue’ meetings in an attempt to resolve the Catalan political conflict triggered by the 2017 failed independence bid.

The concept of the ‘bilateral negotiation table’ dialogue process was a prerequisite for the pro-independence Esquerra Republicana (ERC) party abstaining in the investiture vote for Sánchez to become prime minister in January 2020, thereby facilitating the socialist (PSOE) leader taking office again.

Alongside all of his regional ministers, Catalan president Pere Aragonès said on Tuesday evening that ‘normal political relations’ with Madrid cannot resume until CatalanGate is clarified, that is, until an internal investigation within the Spanish government is launched and the accountability of those responsible is ensured.

In a statement at the Catalan government headquarters in Barcelona, Aragonès said that ‘the Catalan pro-independence movement as a whole has been a victim of a mass surveillance programme that has taken place in five different European countries and has also directly affected the European parliament,’ referring to the several Catalan MEPs spied on.

The Spanish government, however, has categorically denied illegally spying on Catalan pro-independence politicians.

‘The government has nothing to hide,’ spokeswoman Isabel Rodríguez told journalists, when asked about the accusations following a weekly cabinet meeting on Tuesday.

Spain is ‘a democratic country and a state of law where we do not spy, we do not intercept conversations, we do not wiretap, except within the framework of the law’, she said.

The Spanish government will cooperate ‘as much as possible’ with any investigation into the allegations, she added.

Spain’s Minister of Defence, Margarita Robles, also denied that the National Intelligence Centre (CNI), which falls under her ministry, carried out any illegal activity of listening to and spying on pro-independence politicians.

In an interview with TVE, Robles questioned the report of Citizen Labs, whom she referred to as ‘an NGO’.

She also rebuked Aragonès for his comments on the Spanish intelligence services without providing proof. ‘We are in a state of law and these accusations cannot be made’ against an organisation that by law ‘cannot be defended,’ Robles said.

‘The CNI complies with the law and the allegations must be made with a minimum of foundation and evidence,’ she said.