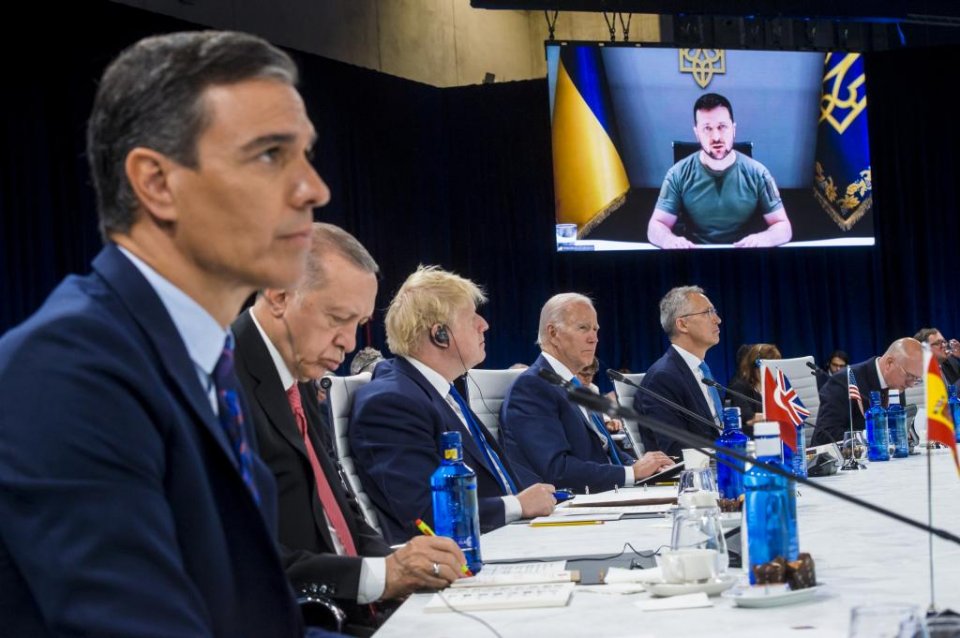 Turkey agreed on Tuesday to lift its opposition to Sweden and Finland joining NATO, ending an impasse that had clouded a leaders’ summit opening in Madrid amid Europe’s worst security crisis in decades, triggered by the Russian invasion of Ukraine.

After urgent top-level talks with leaders of the three countries, alliance Secretary General Jens Stoltenberg said that ‘we now have an agreement that paves the way for Finland and Sweden to join NATO’, calling it ‘a historic decision’.

The Russian invasion of Ukraine had prompted Sweden and Finland to abandon their long-held nonaligned status and apply to join NATO as protection against an increasingly aggressive and unpredictable Russia — which shares a long border with Finland. Under NATO treaties, an attack on any member would be considered an attack against all and trigger a military response by the entire alliance.

NATO operates by consensus, and Turkish President Recep Tayyip Erdogan had threatened to block the Nordic pair, insisting they change their stance on Kurdish rebel groups that Turkey considers terrorists.

After weeks of diplomacy and hours of talks on Tuesday, Finnish President Sauli Niinistö said the three leaders had signed a joint agreement to break the logjam.

Turkey said it had ‘got what it wanted’ including ‘full cooperation … in the fight against’ the rebel groups.

Leaders of the 30-nation alliance then issued a formal invitation to the two countries to join on Wednesday – the first official day of the summit in Madrid. The decision has to be ratified by all individual nations, but Finland and Sweden could become members of NATO within months.

Swedish Prime Minister Magdalena Andersson said the agreement was ‘good for Finland and Sweden. And it’s good for NATO.’

Turkey, in turn, agreed ‘to support at the 2022 Madrid Summit the invitation of Finland and Sweden to become members of NATO’.

The agreement came at the opening of a crucial summit, dominated by Russia’s invasion of Ukraine, that will set the course of the alliance for the coming years. There had been an eve-of-summit leaders’ dinner hosted by Spain’s King Felipe VI at the Royal Palace in Madrid on Tuesday evening, in which Ukraine also dominated the speeches.

‘War has returned to Europe,’ Felipe VI told the guests. ‘Russia’s unjustifiable aggression against Ukraine is a flagrant violation of the territorial integrity of a sovereign state. No country is unaffected by this war.’

With US President Joe Biden sitting to the king’s right, Felipe said the palace had never had such a large number of world leaders together. In all, some 60 people were at the table.

Top of the agenda in meetings during Wednesday and Thursday is strengthening the West’s defence against Russia, and supporting Ukraine. The Ukrainian president Volodymyr Zelensky was participating in the summit via video link.

Stoltenberg said on Monday that NATO allies will be agreeing at the summit to increase the strength of the alliance’s rapid reaction force nearly eightfold, from 40,000 to 300,000 troops. The troops will be based in their home nations, but dedicated to specific countries on NATO’s eastern flank, where the alliance plans to build up stocks of equipment and ammunition.

For the first time, the leaders of Japan, Australia, South Korea and New Zealand are also attending the summit as guests.

Your information is factually incorrect. Turkey has agreed to lift its blanket ban on Finland and Sweden being able to join NATO, but they are a long way still from being partners. If the Nordic countries don’t fulfill Turkey’s conditions then there is no deal. My opinion is that it won’t come to fruition in any event.