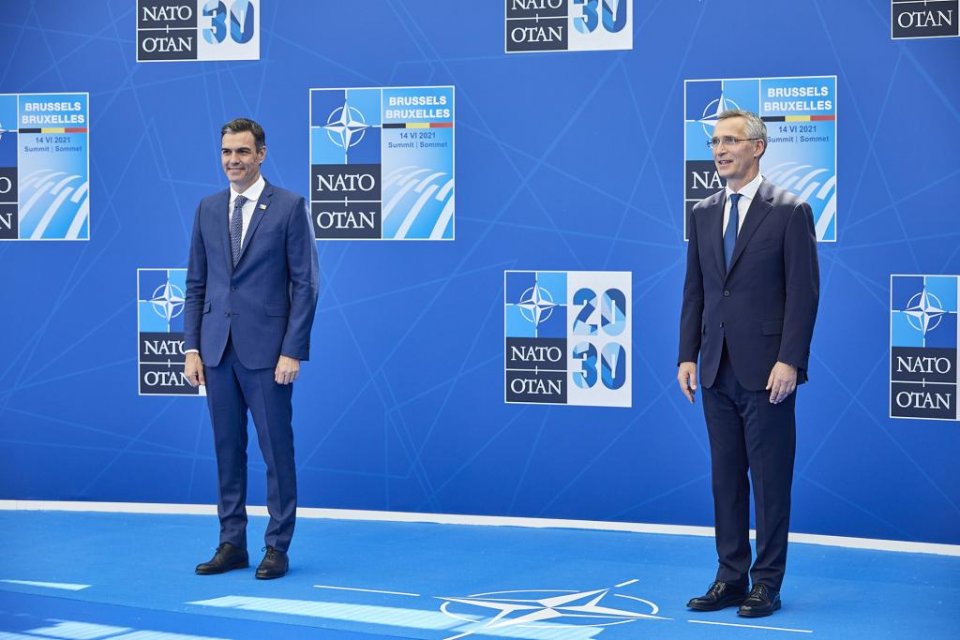 Although the Russian war in Ukraine is set to dominate the forthcoming NATO summit in Madrid from Tuesday to Thursday, Spain will be lobbying the Western alliance to pay more attention to security threats from its southern flank.

With the war in Ukraine now entering its fifth month, however, the priority for Spain’s NATO partners will remain firmly on deterring Russia in the east. When NATO leaders convene in Madrid on 28-30 June they are due to revamp the alliance’s strategic concept, which outlines its main security tasks and challenges but has not been revised since 2010.

Meanwhile, Spanish Foreign Minister José Manuel Albares has been pushing for NATO to broaden its scope to help deal with non-military threats such as ‘the political use of energy resources and illegal immigration’ in Africa.

‘The threats are as much from the southern flank as from the eastern flank,’ Albares told a Madrid news conference last week. Madrid is also concerned about lawlessness and violent Islamist movements in the Sahel region, a vast territory stretching across the south of the Sahara Desert.

‘Each time I meet with NATO ministers, the support of the allies is total due to the instability that we see on the alliance’s southern frontier and especially the situation in the Sahel region right now,’ Albares said.

The issue is particularly acute for Spain, a main gateway into Europe for irregular migration from Africa and a country which relies on Algeria for gas supplies.

Although the two countries recently normalised their relations after Spain ended its decades-long position of neutrality over Western Sahara to publicly support Morocco’s stance, the migration crisis hasn’t come to an end.

On Friday, around 2,000 African migrants tried to storm the border with Melilla, the other Spanish enclave on Morocco’s northern coast. At least 23 died in the incursion, making it the deadliest incident to occur at the borders of the two Spanish enclaves — the only borders between the EU and Africa. ALSO READ: Calls for investigation after death toll rises to 23 at Melilla border fence.

And earlier this month Morocco’s arch-rival Algeria suspended a co-operation treaty with Spain in response to Madrid’s U-turn over Western Sahara.

In an interview published Saturday by Spanish daily El Pais, NATO secretary-general Jens Stoltenberg said the Alliance would ‘strengthen [its] cooperation with southern countries’, but only mentioning Mauritania specifically.

Aside from Russia, Washington’s other major concern is China, which is expected to be mentioned in NATO’s strategic concept for the first time.

To try to convince its NATO allies, Spain has sounded the alarm over the growing presence of Russian mercenaries in African nations like Mali and the Central African Republic, arguing instability could increase African migration to Europe.

The Kremlin denies links to the Wagner Group, however, a mercenary force with an increasing presence in central and North Africa and the Middle East. The private military company, which has also participated in the war in Ukraine, has developed footholds in Libya, Mali, Sudan and Central African Republic.

Italy is another NATO member attuned to the political climate across the Mediterranean Sea. The country NATO’s Joint Force Command base in Naples, which in 2017 opened a south hub focusing specifically on terrorism, radicalisation, migration and other security issues emanating from North Africa and the Middle East.

The Italian ambassador to NATO, Francesco Maria Talo, said in a May interview with Italian news agency ANSA that humanitarian crises in Africa must concern all NATO allies.

‘Near us there’s Africa, with a billion inhabitants at risk of poverty, aggravated by food insecurity, terrorism and climate change, all factors that combine to create insecurity,’ Talo said. ‘And Russia is present there, too.’