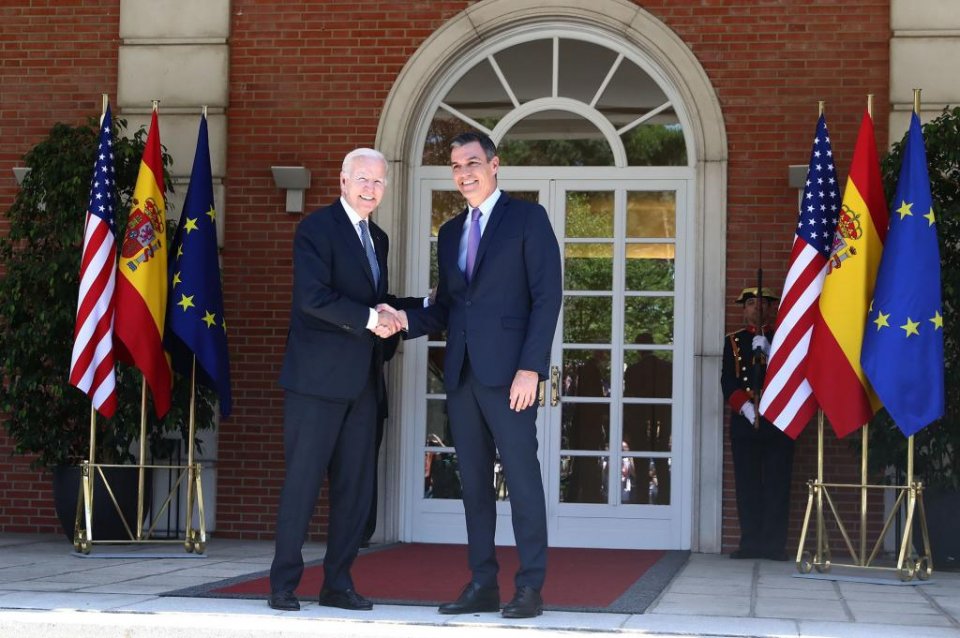 US President Joe Biden arrived in Spain on Tuesday to meet with Spanish Prime Minister Pedro Sánchez ahead of the NATO summit, with the two countries issuing a ‘joint declaration to reaffirm shared values’.

With a big emphasis on their joint condemnation of Russia for invading Ukraine, the four-page declaration underlines the US and Spain’s defence partnership through NATO.

The declaration says Russia’s invasion of Ukraine ‘fundamentally altered the global strategic environment’. It adds that the ‘aggression constitutes the most direct threat to transatlantic security and global stability since the end of the Cold War’.

The declaration read: ‘Spain and the United States intend to continue working together, along and with other partners and allies, including the rest of the EU and the G7, to support the government and the people of Ukraine and to hold Russia accountable for its violations of Ukraine’s sovereignty and territorial integrity, including gross violations of international law by targeting civilians with violence, and conflict-related sexual violence.’

The statement underlined the two countries’ commitment to the US-Spain Agreement on Defence Cooperation signed in 1988, together with the shared use of Spain’s bases in Rota and Morón. The US reportedly plans to increase the number of US Navy destroyers based in Rota from four to six.

Spain and the US have also agreed to promote safe, orderly and regular migration.

It is a positive relationship in this world. The EU, NATO, working together!