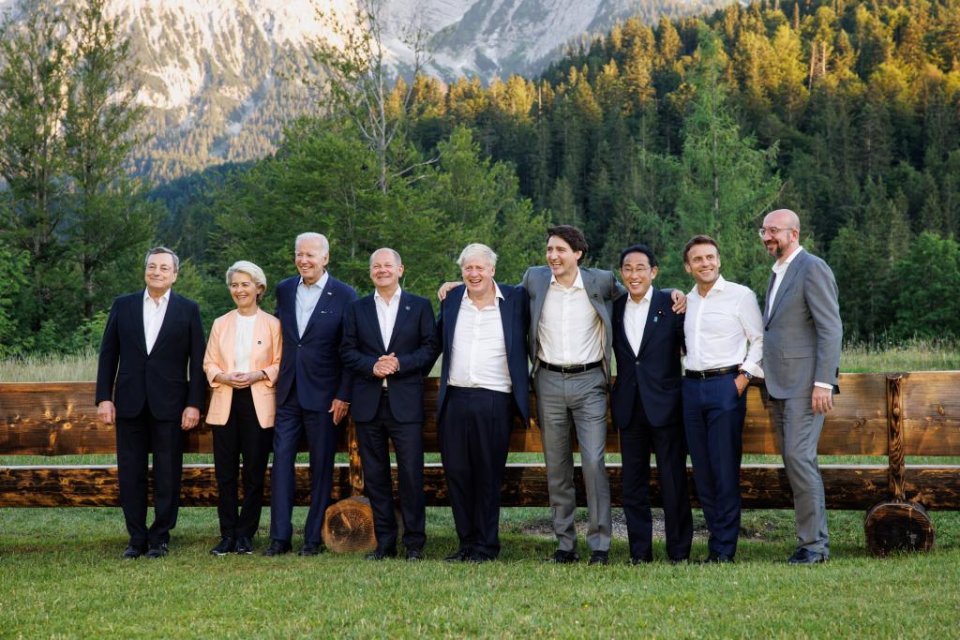 The Group of Seven (G7) leaders began Monday’s session of their three-day summit in the Bavarian Alps in Germany with a focus on Ukraine, and were joined by video link with Ukrainian President Volodymyr Zelensky.

The leaders underscored their commitment to Ukraine for the long haul with plans to pursue a price cap on Russian oil, raise tariffs on Russian goods and impose other new sanctions.

A statement released following Monday morning’s session said that the G7 leaders remain ‘steadfast in our solidarity with Ukraine, and reaffirm our unwavering commitment to support the government and people of Ukraine in their courageous defence of their country’s sovereignty and territorial integrity, and in their fight for a peaceful, prosperous and democratic future’.

‘We welcome the European Council’s decision to grant the status of candidate country to Ukraine and Moldova. We will continue to provide financial, humanitarian, military and diplomatic support and stand with Ukraine for as long as it takes,’ the statement said. ‘As we do so, we commit to demonstrate global responsibility and solidarity through working to address the international impacts of Russia’s aggression, especially on the most vulnerable.’

In their condemnation of Russia for its invasion of Ukraine, the G7 leaders said: ‘We remain appalled by and continue to condemn the brutal, unprovoked, unjustifiable and illegal war of aggression against Ukraine by Russia and aided by Belarus.’

‘We condemn and will not recognise Russia’s continued attempts to re-draw borders by force. This devastating war has produced dramatic consequences far beyond Europe. It constitutes a blatant violation of international law, in particular a grave breach of the United Nations Charter,’ the statement read. The full text of the statement can be read here.

In addition, the US was reportedly preparing to announce the purchase of an advanced surface-to-air missile system for Kyiv to help Ukraine fight back against Vladimir Putin’s aggression.

The new aid and efforts to exact punishment on Moscow from the G7 leaders comes as Zelensky had openly worried that the West had become fatigued by the cost of a war that is contributing to soaring energy costs and price hikes on essential goods around the globe.

Leaders were also finalising a deal to reportedly seek a price cap on oil during their three-day summit. The details of how a price cap would work, as well as its impact on the Russian economy, would be resolved by the G7 finance ministers in the coming weeks and months.

The largest democratic economies have also committed to raising tariffs on Russian imports to their countries, with the US announcing new tariffs on 570 categories of goods, as well as use of sanctions to target Russia’s defence supply chains that support its effort to re-arm during the war.

Additional aid includes more ammunition for Ukrainian artillery, as well as counter-battery radars, to support its efforts against the Russian assault in the Donbas. Biden is also announcing a $7.5 billion commitment to help Ukraine’s government meet its expenses, as part of a drawdown of the $40 billion military and economic aid package he signed into law last month. 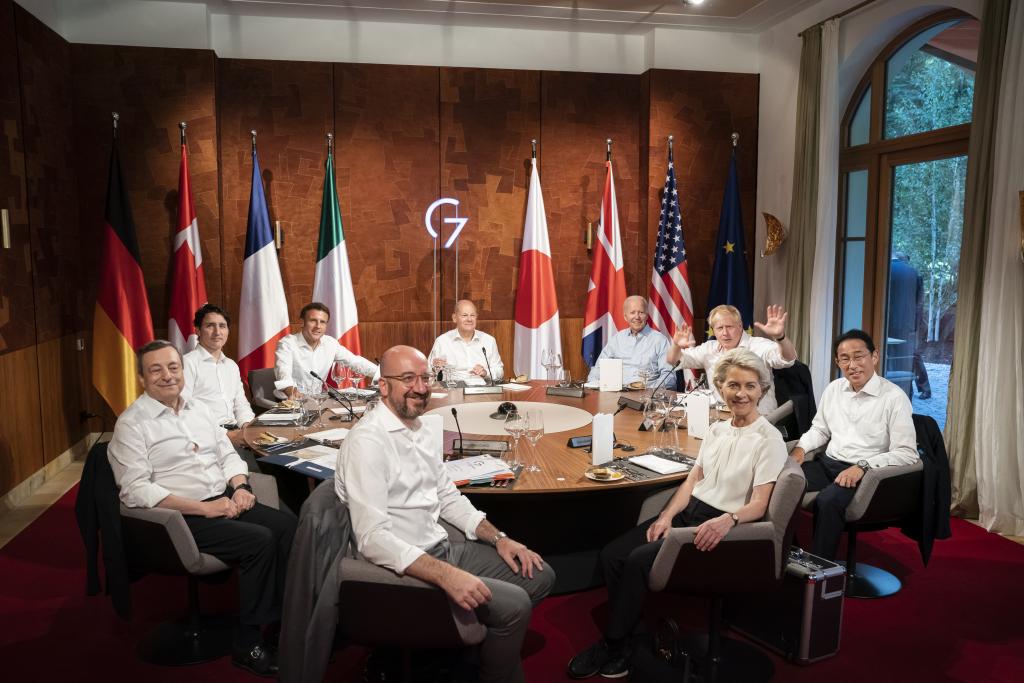 German Chancellor Olaf Scholz, the summit’s host, said that the G7 countries’ policies on Ukraine are ‘very much aligned’, and that they see the need to be both tough and cautious.

US President Joe Biden said on Sunday that Putin ‘has been counting on, from the beginning, that somehow NATO and the G7 would splinter, but we haven’t and we’re not going to’.

Biden hopes to use his trip to Europe to proclaim the unity of the coalition pressing to punish Russia for its invasion of Ukraine as much as he is urging allies to do even more — seeking to counter doubts about its endurance as the war grinds into its fifth month.

Scholz said last week that he wanted to discuss the outlines of a ‘Marshall plan for Ukraine’ with his G7 counterparts, referring to the US-sponsored plan that helped revive European economies after the Second World War.

With the war still in progress and destruction mounting by the day, it’s unlikely to be a detailed plan at this stage. Scholz has said that ‘rebuilding Ukraine will be a task for generations’.

The G7 meeting is sandwiched between a European Union summit last week that agreed to give Ukraine the status of a candidate for EU membership — kicking off a process that is likely to take years with no guarantee of success — and a summit of NATO leaders starting Tuesday in Madrid.

Later on Monday the leaders will be joined by the leaders of five democratic emerging economies — India, Indonesia, South Africa, Senegal and Argentina — for a discussion on climate change, energy and other issues.

The leaders of the G7 — the US, Germany, France, the UK, Italy, Canada and Japan — may hope to make some progress in bringing their counterparts from their five guest countries closer to Western views on sanctions against Russia.

The @G7 are steadfast in our solidarity with #Ukraine and reaffirm our unwavering commitment to support its government and people. #G7-Statement on support for Ukraine – now for download on https://t.co/w2ecj7qRK2. #G7GER