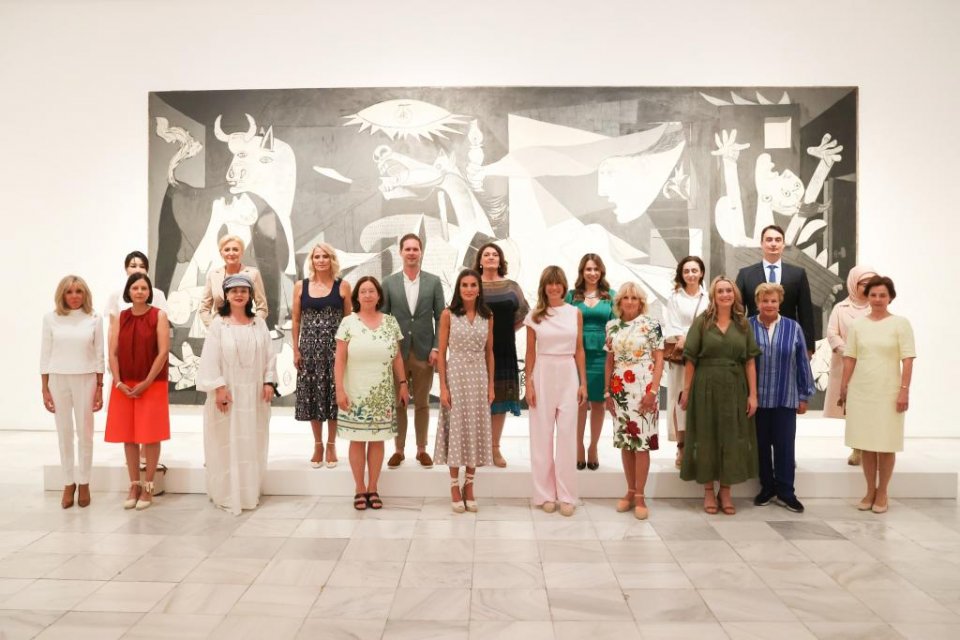 Spain’s Queen Letizia has played ‘tour guide’ to some of the first ladies (and husbands) of world leaders attending the NATO summit in Madrid.

Accompanied by Begoña Gómez, wife of Spanish Prime Minster Pedro Sánchez, the group also travelled north of Madrid on one of Spain’s bullet AVE trains to the city of Segovia, where Letizia also showed the ‘first wives club’ around the luxurious royal palace and gardens of La Granja de San Ildefonso.

The group then travelled back by train to central Madrid’s Puerta de Atocha station and crossed the road to the Reina Sofía Museum where the Guernica is on display.

Prior to the wives and husbands of NATO’s leaders arriving in Madrid, Letizia had already been accompanying US First Lady Jill Biden around Madrid since Sunday. The first lady had arrived ahead of the US president, who arrived on Tuesday afternoon.

The queen and first lady toured the headquarters of the Spanish Association Against Cancer on Monday. Jill Biden is an advocate for research into a cure for cancer, having lost her adult son, Beau, to brain cancer in 2015. Several of her friends have also succumbed to breast cancer.

On Tuesday, Jill Biden and Letizia also went to a welcome centre in Madrid for Ukrainian refugees taken in by Spain and met with Ukrainian families in Madrid.