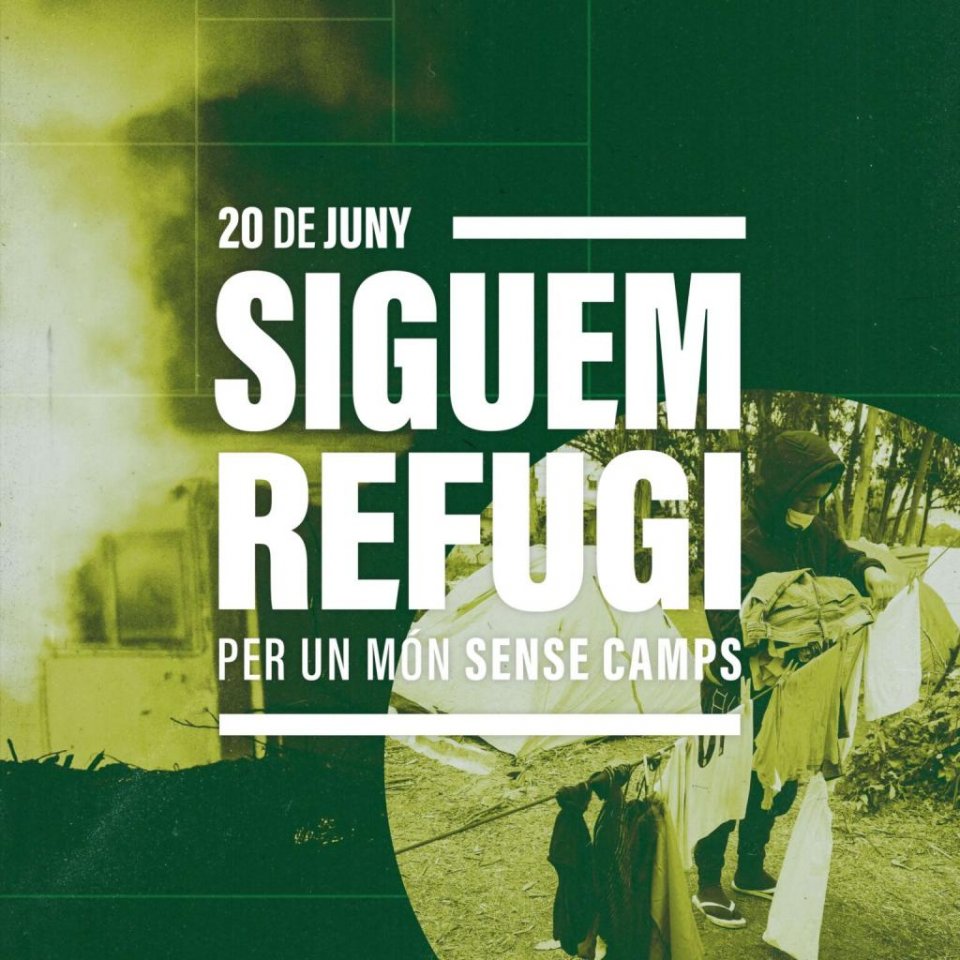 On the occasion of World Refugee Day (20 June) there will be an institutional event in Sitges and a guided tour of the town for refugees.

In addition, information will be presented on three refugee camps on the same day in the Plaça de l’Ajuntament. More than 20 municipalities from all over Catalonia have joined the awareness campaign coordinated by the Catalan Fund for Development Cooperation.

Sitges joined the campaign of, ‘Let’s be a shelter / refuge – for a world without camps’ (the slogan is ‘Siguem Refugi’ in Catalan), which began on 8 June, to denounce the violation of human rights of refugees in the camps, on escape routes and at borders, to highlight the reality of the migration process and to publicise the involvement of Catalan towns in projects in the field of refuge.

The crisis in Ukraine has shown that it is possible to provide international protection to the refugee population when there is political will. For this reason, the ‘Siguem Refugi’ campaign aims to present the reality of all those people who do not have access to migrate through legal and safe means. The campaign seeks to generate a debate on the reality of migration through the presentation of various materials and initiatives throughout the year, in order to go beyond the actions of 20 June.

The campaign consists of four aspects: an informative exhibition on ten refugee camps around the world with audio testimonials, an online and offline communication campaign, an awareness campaign in a public space on 20 June and a work manual for schools and institutes. There is also a website with further details and information – www.siguemrefugi.org.

As part of the campaign in Sitges, there will be an exhibition with information on three refugee camps in Europe on view in the Plaça de l’Ajuntament from 9am to 8pm on 20 June.

On the same day in the morning, a guided tour of the town will be organised in which refugees will be attended to by the Civil Rights Service of Sitges Town Council. At 6.30pm, also in the Plaça de l’Ajuntament, the World Refugee Day manifesto will be read out.

Catalan towns work within the framework of the Local World Refuge campaign to support organisations that save lives and defend the rights of refugees. During 2020-2021, a total of 47 municipalities contributed more than half a million euros to humanitarian aid projects in the field of shelter.

Sitges woman gives birth at the door of her house