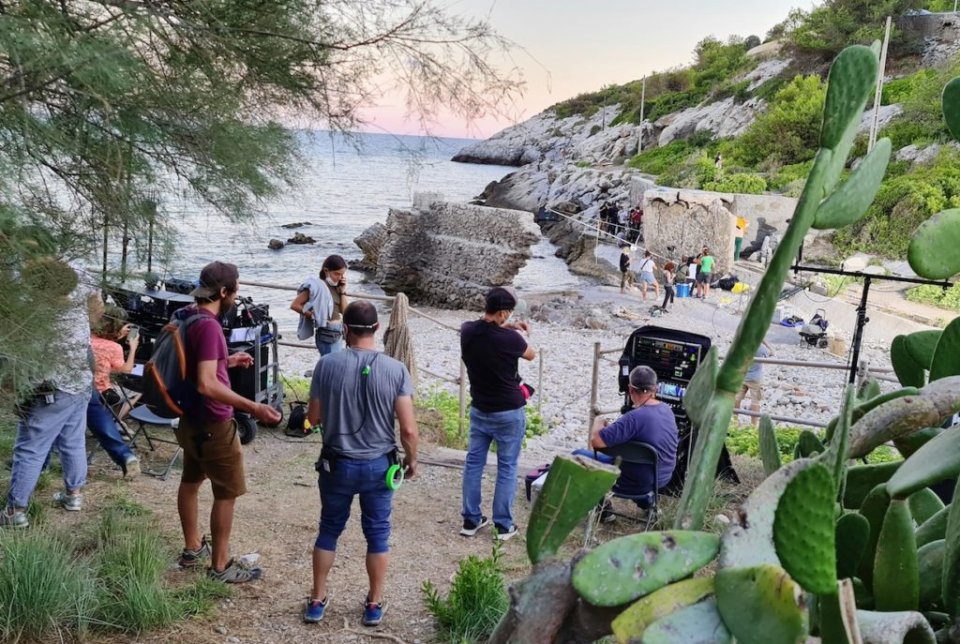 The audiovisual industry is booming in Sitges. While it was already a municipality that enjoyed a large number of commercials being shot here, there has also been a substantial increase in applications for permits to shoot scenes of several large TV series and international feature films.

The proximity to Barcelona and El Prat airport, the easy accessibility by motorway, train or even helicopter, the favourable microclimate and the different and multiple locations that it offers, makes Sitges an idyllic location with a high demand for all kinds of audiovisual projects.

Since the start of the year, Sitges has already hosted a large number of TV and film shoots, and which has brought figures such as the actor Liam Neeson – who has shot scenes of the film Marlowe near the old Atlàntida nightclub and on the beach of the Grills, under the direction of the award-winning Neil Jordan – or the director Álex de la Iglesia, who used the church Baluard and the Garraf coast as the setting for some scenes from the second season of the 30 Monedas series.

In addition, Disney Plus, Sony and Netflix have also brought over film crews to shoot some scenes in the town. Among these, the most prominent is Palomino – produced by the same team as The Crown – which last week was at the Terramar and La Torreta and next week plans to shoot some spectacular images with vehicles on Santiago Rusiñol Street. ALSO READ: Netflix and Sony start shooting a series in Sitges.