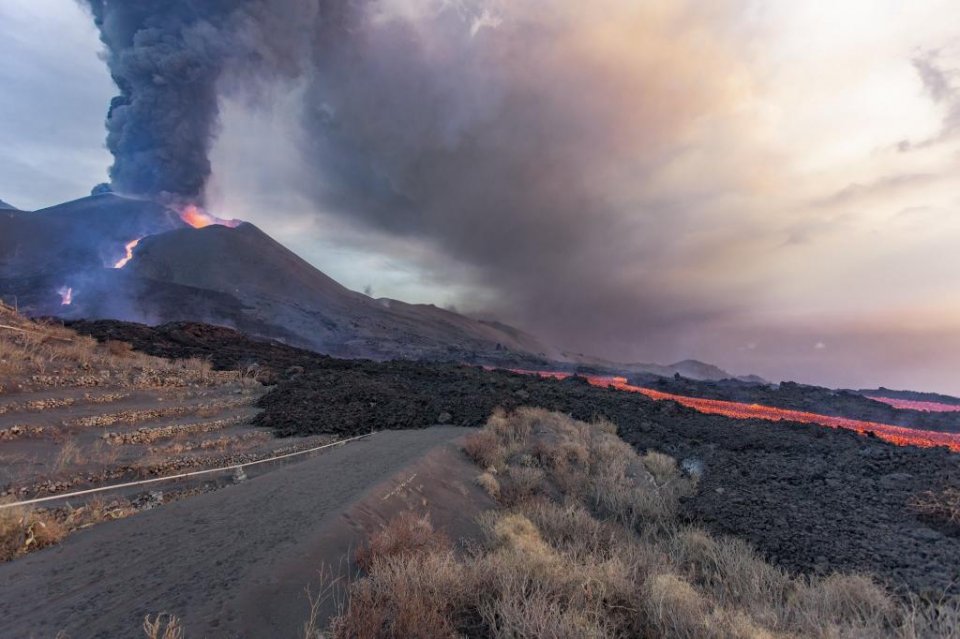 More earthquakes and the strongest recorded yet, registering 4.5 on the Richter scale, have continued to cause alarm on La Palma in the Canary Islands this week, where the volcano continues to erupt.

On Thursday, the cone on the Cumbre Vieja volcano could no longer contain the quantity of lava flow, causing a large wave of lava to escape. Experts allayed fears by assuring that this is a normal occurrence in the circumstances of the continuously erupting volcano, and that the overflow would pass, before reverting to the main lava flows that continue on the island.

A new river of lava from the volcano had taken hold on Wednesday, creating further problems for those on the island, who are facing the threat of additional disruptions and fear for their homes and property.

The new flow is now threatening to destroy parts of another neighbourhood on the island of La Palma, as another 800 residents were ordered to evacuate the municipality of Los Llanos de Aridane.

The new danger area was identified after experts monitoring the eruption of the volcano found molten rock getting closer to inhabited areas, again putting many lives at risk.

The evacuation follows the exit of 6,000 people after the volcano first erupted on 19 September.

Since then, the island has been closely monitored to identify new lava flows and areas at risk of possible destruction.

Liaising with local authorities and volcanologists has been vital to ensure a quick response to the crisis. It has been key to ensuring the safety of thousands on the island.

Speaking about the latest evacuation, Los Llano de Aridane mayor, María García, told state broadcaster TVE that ‘a part of the neighbourhood had already been evacuated, but given the evolution of the lava stream, it was deemed necessary to clear this specific zone’.

As before, the residents had only a short period of time to gather their belongings and leave the danger zone.

Volunteers have been helping school employees gather educational materials and police have been accompanying families requesting to re-enter the exclusion zone to obtain further essential items.

Spanish Prime Minister Pedro Sánchez visited the island again on Wednesday, for the fourth time since the first eruption, and has pledged support with rebuilding homes, farms and businesses affected by the eruption and subsequent lava flows.

Speaking about the 214 million euros that he has committed to the area, Sánchez said that ‘unfortunately, the news we have from the scientific committee is that the volcano’s activity is not decreasing, so a reduction in its activity is not foreseeable in the coming days.’

The people who have been helped since the first evacuations 26 days ago have found refuge with family and friends, with the remainder staying in hotels.

There was also concern about the release of possible toxic gases as the lava approached an industrial area on the island, which resulted in a short period of lockdown for local residents.

Another potential concern is the increasing size and extent of the plume from the lava flow, that is in danger of causing further disruption to the islands.

Speaking about the consequences of this, María José Blanco, a member of the Canaries National Geographic Institute, said that ‘given the expected position of the plume it’s possible that the activity at La Palma airport could be compromised’. This could potentially put further rescue efforts at risk.

President of the Canary Islands, Ángel Victor Torres, said that ‘this is definitely the most serious eruption in Europe in the last 100 years … the only good news is that so far nobody has been hurt’.

The eruption is now the longest on record on the island and only the third time it has erupted in the last century.