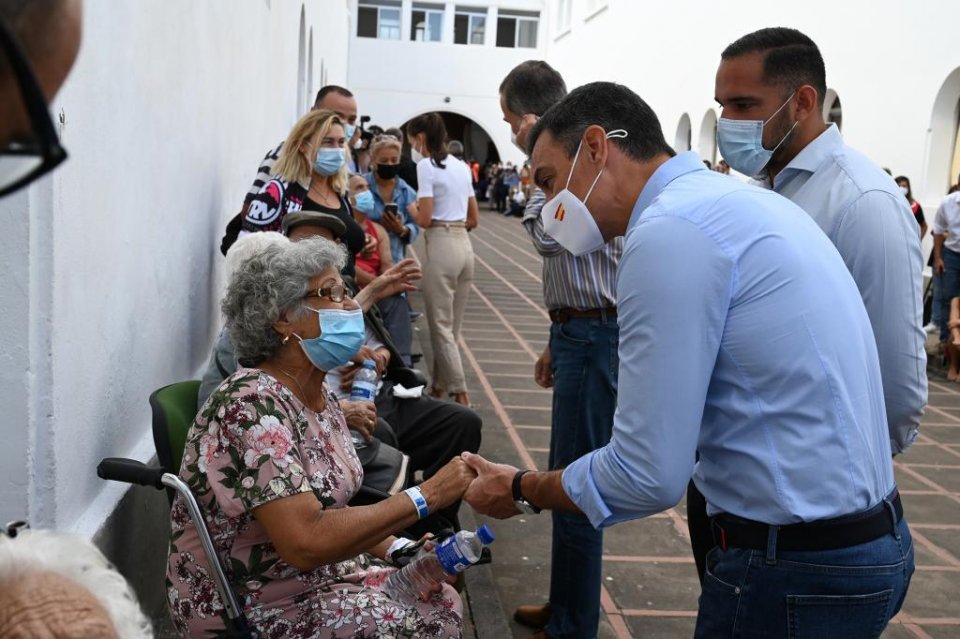 The Spanish government classified the island of La Palma, struck by an on-going volcanic eruption nine days ago, as a disaster zone on Tuesday, a move that will trigger emergency subsidies and other support measures.

The government has announced a first package of 10.5 million euros, to include around 5 million euros to ‘co-finance the purchase of homes for the relocation of people who have lost their houses’. The rest will go towards acquiring furniture and essential household goods, government spokesperson Isabel Rodríguez told reporters on Tuesday.

‘Initiatives will also be taken for the promotion of tourism and the industrial revitalisation of the area and for its environmental regeneration,’ the government said.

Prime Minister Pedro Sánchez tweeted: ‘We are launching the first phase of the Special Aid Plan for La Palma, declaring it a catastrophic area and approving immediate actions to alleviate the damage caused by the volcano. We will rebuild the island together with the affected municipalities and neighbours. No one will be left behind.’

It is now nine days since the volcano started to erupt in the Cumbre Vieja national park in the south of La Palma in the Canary Islands, with the authorities forced to evacuate more municipalities and cancel flights over the past weekend.

After calming down on Monday, the volcano became more explosive again overnight. Lava has since picked up its pace on its way to the sea and is now within 800 metres of the shore, officials said on Tuesday.

One river of lava had slowed down on the island, yet the other was hotter and more fluid. The second one was bearing down Tuesday on the small town of Todoque, whose people have been evacuated, the Canary Islands emergency volcano response department said.

Officials have been nervously awaiting the time when lava reaches the sea, because it could trigger explosions and the release of toxic gas, although authorities say they don’t expect the slow-moving lava to create a large disruption on the coast.