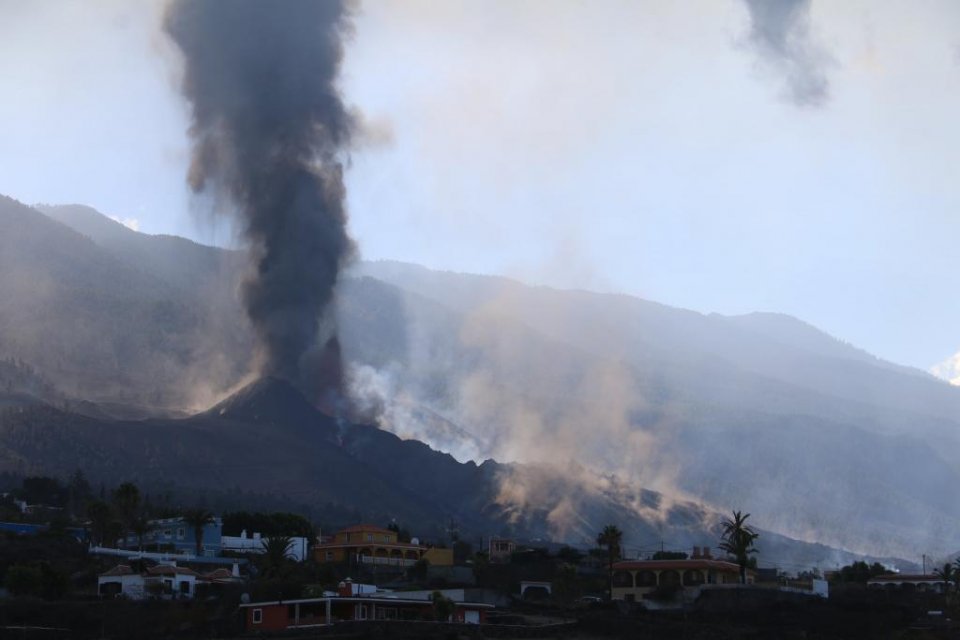 One week on since the volcano started to erupt in the Cumbre Vieja national park in the south of La Palma in the Canary Islands, activity increased on Friday afternoon, forcing the authorities to evacuate more municipalities and cancel flights. A new vent has also opened up, from which more lava is flowing.

A further 1,000 people have been evacuated from the areas of Tajuya (644 inhabitants) and Tacande de Abajo (319), as well as the area of Tacande de Arriba that had not already been evacuated (385). Almost 7,000 people on the island, home to around 85,000 in total, have now been forced to abandon their homes.

The airport on La Palma shut down on Saturday because of an ash cloud, as molten rock continued to be flung high into the air from the erupting volcano. Although the airport was re-opened, the cloud of ash continued to prevent many flights in and out of the island on Sunday, despite emergency workers clearing the ash from the airport runway.

In addition to being a significant danger to aviation, the volcanic ash can cause damage to people’s airways, lungs and eyes. The Canary Islands government has urged residents in affected areas to avoid going outside, and to only do so if wearing masks and goggles.

Islanders faced good and bad news, however, with some evacuees allowed to return to their homes amid low seismic activity, while authorities took stock of the damage caused. Rivers of lava have been sliding down the mountainside toward the southwestern coast of the island, destroying everything in their path, including hundreds of homes. Around 430 buildings have so far been destroyed in the countryside.

Emergency crews pulled away from the volcano on Friday as new explosions sent molten rock and ash over a wider area. The Canary Islands Volcanology Institute confirmed that another vent had opened up early on Saturday.

The speed of the flow has slowed down considerably, however, and the lava is now barely moving forward, with about 2km left to reach the sea, said Miguel Ángel Morcuende, head of the Canary Island Volcanic Emergency Plan.

‘I don’t dare to tell you when it’s going to get there, nor do I dare to make a forecast,’ Morcuende told reporters in a news conference.

Life on the rest of La Palma, which is roughly 35km long and 20km wide at its broadest point, has been largely unaffected.

‘We’re not in a state of total alarm,’ Morcuende said. ‘Life on the island is continuing, though those close to the eruption are facing difficulties.’

The president of the Canary Islands government, Ángel Víctor Torres, said on Friday that a first round of financial aid, worth €13 million, would be released for those affected by the volcano. Spanish Prime Minister Pedro Sánchez also announced that his cabinet would next week designate the island as a disaster zone.

The earliest recorded volcanic eruption in La Palma took place in 1430, according to the Spanish National Geographical Institute (ING). In the last eruption in 1971, one man was killed when he took photographs near the lava flows but no property was damaged.

Puigdemont returns to Belgium before Sardinia extradition hearing on 4 Oct