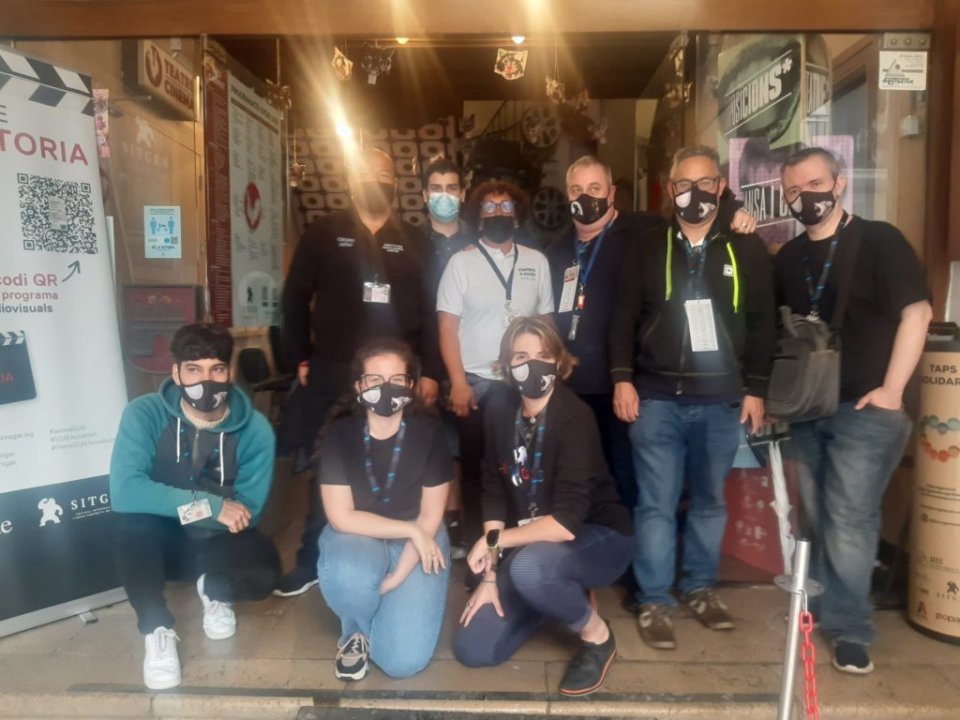 The T-shirts worn by the volunteers of the Sitges Film Festival with the words in Spanish, ‘El cine es un lugar seguro’ (‘Cinema is a safe place’), have been removed by the festival organisers, after a protest by the association, Voluntaris per la Llengua. Some festival volunteers had also protested because there was no Catalan version of the T-shirt.

The T-shirt traditionally worn by the Festival’s 250 volunteers only had a Spanish version of its slogan, and it is usually funded by a sponsor. This year, however, due to the fall in sponsors, Spain’s central Ministry of Culture in Madrid paid for the T-shirts, but no-one paid attention to ensure the slogan was inscribed in Catalan. 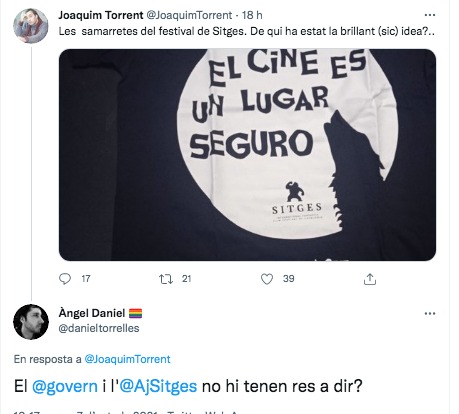 On the same day that the organisation distributed the T-shirts to the volunteers, there were regrets and comments made regarding the fact that there was no Catalan version. Another association, Plataforma per la Llengua, also jumped in and decided to make a T-shirt with the same inscription in Catalan and then display it during the festival in protest. Finally, the organisers decided to remove the Spanish version of the T-shirt. Until the new ones arrive, the festival volunteers are wearing black T-shirts without any slogan on it.

This is the second time the organisers have had to back down on a decision during the early days of the festival. The previous one was when it had decided not to install the Mirador photocall – the area above Aiguadolç near Balmins beach, where traditionally the media take photos of the invited actors and directors with a backdrop of Sitges behind them.

Following pressure from the Sitges Town Council – and who regard this space as a key promotional tool for Sitges, with the photos regularly published by national and international media – the management of the Festival Foundation finally had to install the photocall at the Mirador.

The Coastline Law will determine the future of the Sitges seafront

Over 400 pupils in Sitges now confined, due to 45 cases of Covid in past 10 days

‘Sitges, the Christmas you deserve’