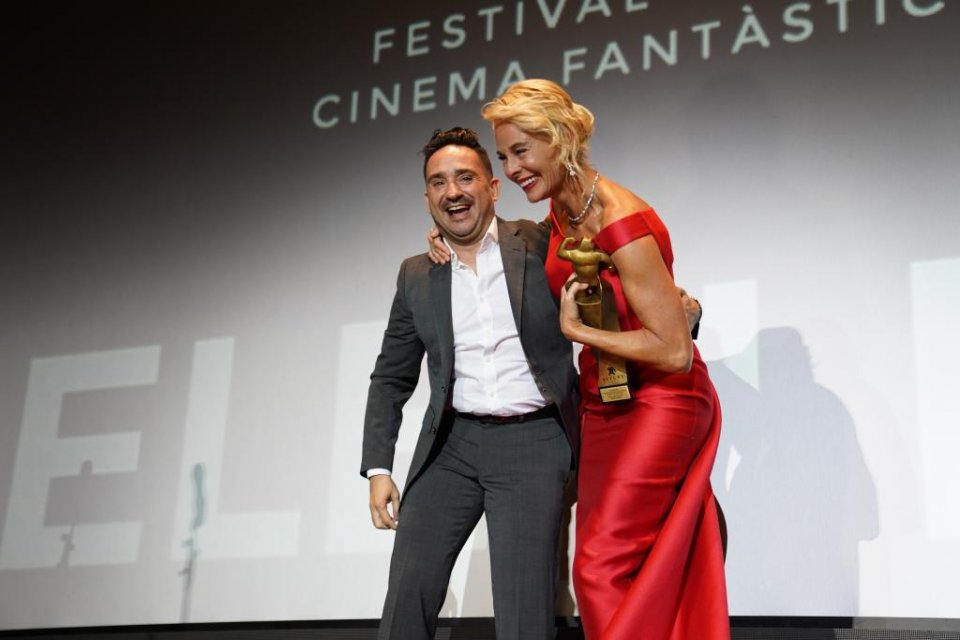 Women directors and actresses were the focus of the opening day at the 54th Sitges – International Fantastic Film Festival of Catalonia, and which runs from 7-17 October, offering the very latest of horror, fantasy and animation films.

The festival kicked off by rewarding Belén Rueda as the undisputed national scream queen in Spain. The Madrid-born performer’s long and successful career has been closely linked to genre cinema with famous roles like the one that earned her a nomination for best actress at the Goya Awards with The Orphanage (2007), or films that have been screened in Sitges like Julia’s Eyes (2010) and The Body (2012).

The actress received the Grand Honorary Award from Festival director Ángel Sala and publicly thanked him for the honour before presenting, along with directors Lucas Paulino and Ángel Torres, the Official Selection’s opening night short film that she stars in, La inquilina.

Next, American filmmaker Ana Lily Amirpour presented the main film to open Sitges 2021, Mona Lisa and the Blood Moon, a nighttime journey accompanying a girl with strange powers and special abilities, in her reinsertion into society after fleeing from a centre for the mentally ill where she had been confined.

Earlier, Amirpour had appeared at a press conference accompanied by her dog Benny, and said in regards to the feminist debate: ‘There will be equality when men are also asked how it feels to direct films as a man.’

The women’s perspective was also present in other first-day films, such as the debut of Prano Bailey-Bond in the immersive Censor, the triumphant return of Julia Ducornau with the outstanding winner of Cannes 2021, Titane, as well as Bloodthirsty, directed by Amelia Moses.

The festival’s parallel activities have also kicked off. Between today and tomorrow you can visit some of the exhibitions that this year use the leitmotiv of the ‘beast within’ as a reference: The Return of Waldermar Daninsky at the Estudi Vidal, Werewolf Comix: Tribute to the Werewolf, located at the exit of the Auditorium for audiences, the travelling exhibition Women who are Scary at the Santiago Rusiñol Public Library and the Josep Roig i Raventós Library, and the drawings made by children from Sitges’ schools at the Mercat Vell (Old Market). The new King Kong Area has also been installed, offering festival fans places to fill their stomachs, share experiences, relax with fascinating views or buy souvenirs in the Fanshop Area.