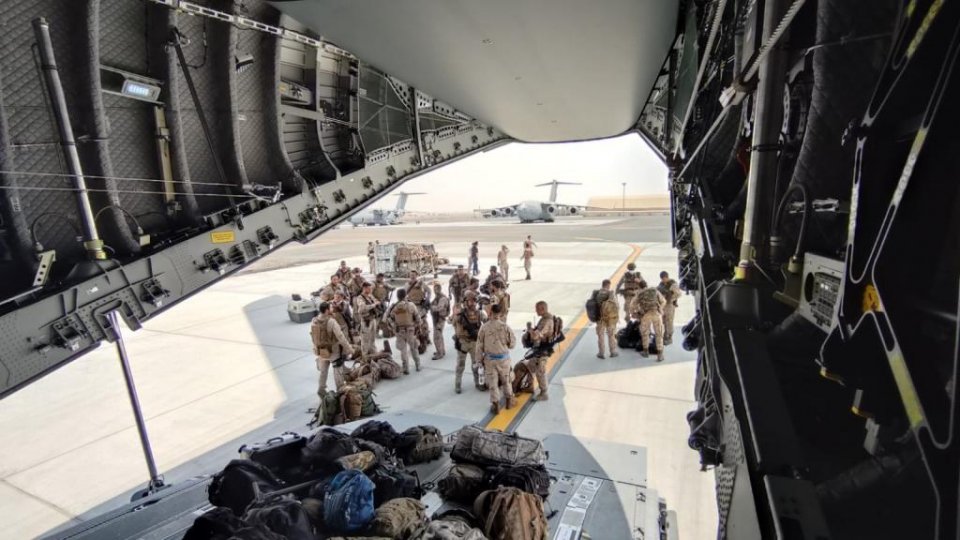 On Friday morning Spain officially concluded its evacuation operation from Afghanistan, just over a week after it started airlifting Spanish nationals and Afghan collaborators out of the country in the wake of the Taliban’s takeover. It also follows Thursday’s bombings near Kabul airport that killed at least 72 Afghans and 13 US troops, with another 150 people wounded (see below).

The last two Spanish evacuation flights, two A400M military planes, arrived on Friday morning in Dubai from Kabul. Spanish Prime Minister Pedro Sánchez tweeted that ‘the last Spanish evacuation flight landed in Dubai with the personnel and collaborators who have remained in Afghanistan until the last minute to make this repatriation mission possible. Thanks to everybody.’

He then added: ‘Spain will not leave the Afghan people alone. We remain committed to defending human rights and freedom in the country, seeking ways to help evacuate the greatest number of people who have collaborated with Spain and the international community.’

On Tuesday, Spain’s Defence Minister Margarita Robles had admitted that it would not be possible to evacuate all Afghan refugees who served Spanish missions in Afghanistan and who were now seeking to flee from the Taliban.

On board the final flights were 81 Spanish citizens who had still been in Afghanistan, including embassy personnel, army and navy troops, four Portuguese troops and 85 Afghans who had been working for Spain, Portugal and NATO.

They were due to fly to the military base of Torrejón de Ardoz, near Madrid, on Friday afternoon on an Air Europa plane, the government said.

In total, the Spanish armed forces have evacuated 1,900 Afghans, employees and their families who were working for Spain, the United States, Portugal, the European Union, the United Nations and NATO, as well as the staff of the Spanish embassy in Kabul, a statement from the Spanish government read. Afghans who were employees of other EU institutions and are currently being housed at the Torrejón de Ardoz ‘hub’ base, will in due course be distributed among EU member states.

Spain has also agreed to host up to 4,000 Afghans who will be airlifted by the United States to Morón de la Frontera near Sevilla and Rota near Cadiz in Andalusia. Under an agreement signed by Madrid and Washington, the evacuees may stay at the airbases, which are used jointly by the United States and Spain, for up to 15 days.

Thursday’s bombings near Kabul airport killed at least 72 Afghans and 13 US troops, Afghan and US officials have said, in the deadliest day for US forces in Afghanistan since August 2011. Another 150 people are wounded. The attacks followed imminent warnings from the US and UK governments, including by US President Joe Biden during Tuesday’s G7 talks.

‘Every day we’re on the ground is another day we know that Isis-K [the Islamic State group’s Afghanistan affiliate] is seeking to target the airport and attack both US forces and allied forces and innocent civilians,’ Biden had said on Tuesday, insisting that the deadline of 31 August for the evacuations would be kept.

The first explosion on Thursday happened at about 18h local time, close to the Baron Hotel, near Kabul airport’s perimeter. The hotel was being used by British officials to process Afghans hoping to travel to the UK. It was followed by gunfire and then a second explosion close to the Abbey Gate, one of the airport’s main entrances.

The Pentagon said that 13 US military personnel, including US marines and a US Navy medic, were among the dead. A further 15 US troops were injured.

In an emotional speech on Thursday, Biden said that the US will ‘not forgive’ the perpetrators and ‘we will hunt you down’.