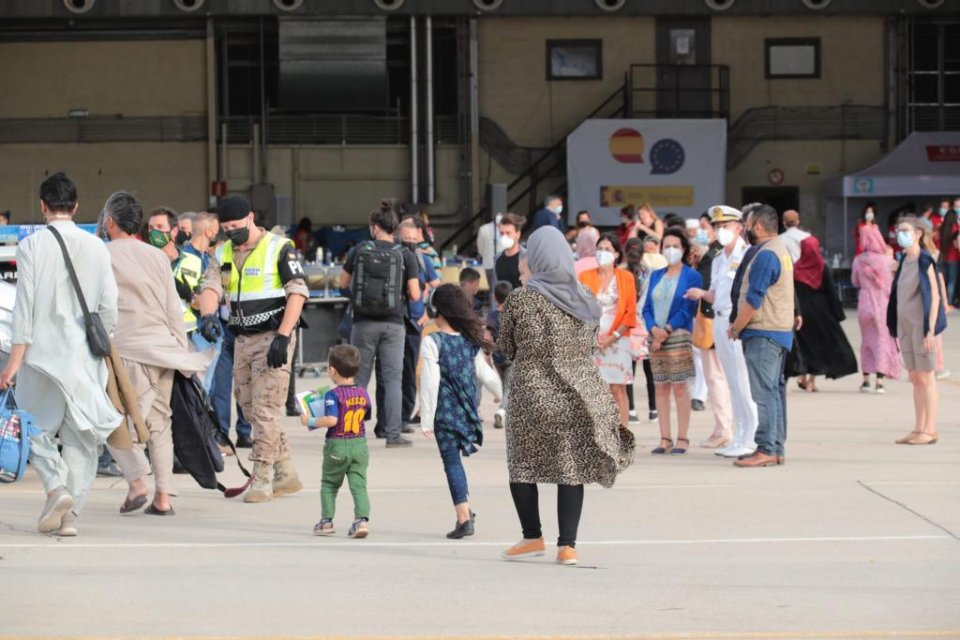 Spain will not be able to evacuate all Afghan refugees who served Spanish missions in Afghanistan and who are now seeking to flee from the Taliban, Defence Minister Margarita Robles said on Tuesday.

‘We will evacuate as many people as possible but there are people who will stay behind for reasons that do not depend on us, but on the situation there,’ Robles said during an interview with radio Cadena SER. She added that it will be very difficult for those who are not already in Kabul to board a Spanish aircraft.

‘The situation is frankly dramatic and besides, with each passing day, it is worse because people are conscious that time is running out,’ said the minister.

Madrid has so far evacuated just over 700 people from Afghanistan but Robles said there were still ‘many people’ who needed to leave.

‘It is a very frustrating situation for everyone, because even those who reach Kabul, access to the airport is very complicated,’ she said. ‘The Taliban are becoming more aggressive, there is gunfire, violence is more obvious.’

When asked whether the Spanish government had already managed to evacuate the Afghans who have worked with the country’s authorities, Robles admitted that ‘there are still a lot of people’ in Afghanistan. ‘Every day that passes is worse,’ she added. ‘There are people that have spent days trying to reach the entrance points to the airport.’

Robles explained that many of the interpreters who worked for Spain do not live in Kabul, and that the journey from the Herat province (where many Spanish troops were posted) to the Afghan capital takes three days by car.

‘People will be left there for sure, but on the other hand we are going to keep trying until the end, we won’t let up at any time,’ she said.

The United States, whose forces are in control of the security at Kabul airport, had set 31 August as the deadline for the withdrawal of troops. US allies have been pushing for an extension to this and a virtual G7 meeting was scheduled for Tuesday to discuss the crisis and evacuation plans further. ‘We are awaiting the decision taken by the US in this sense,’ Robles also told Cadena SER. UPDATE: Biden maintains 31 August deadline for Afghan evacuation despite G7 pressure.

The minister explained that there are Afghan families who will have to return to their homes after spending 24 hours trying to access the airport. ‘If they go back to their houses they will also be marked,’ she said.

According to Robles, the list put together by the government of personnel to be evacuated has been expanded to include families who have proven special situations of links to Spain, or in many cases of persecution.

‘We are giving particular priority to women, those who have been activists, journalists or have had a special role in public life in Afghanistan,’ she explained.

‘The main problem is getting to Kabul in the first place,’ she said. ‘For those who haven’t got to Kabul, it will be very difficult, because the whole country has been taken.’

Robles also said that between Tuesday and Wednesday, three aircraft – two A400M military planes and a commercial flight – would be arriving at the Madrid air base of Torrejón de Ardoz with around 420 people on board. The first two planes were already in Dubai earlier onTuesday with 290 people on board, and another 130 were due to be evacuated from Kabul. Spain is using the air base as a hub for refugees who have worked for other European Union states. They are being processed in Madrid before being transferred to other countries as refugees. ALSO READ: USA, Spain agree use of military bases in southern Spain for Afghan refugees.