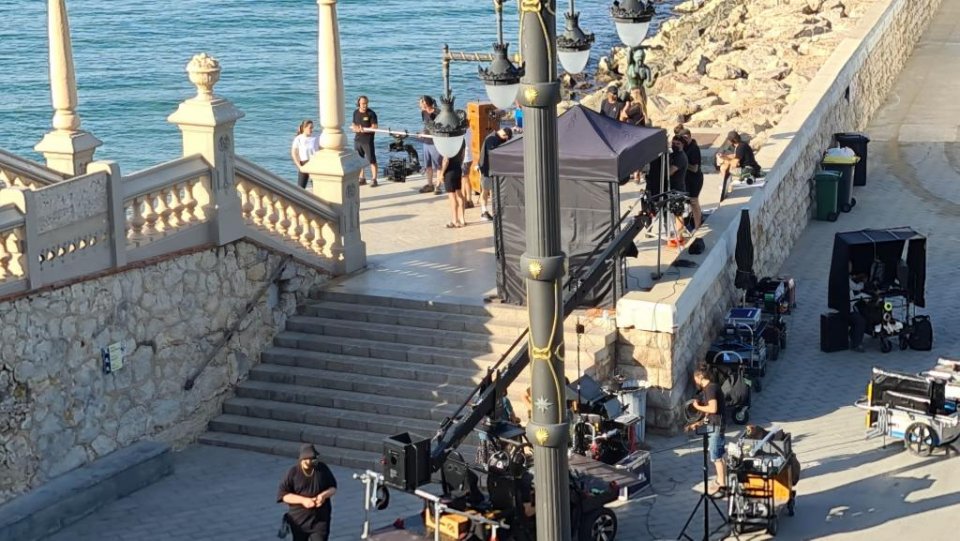 The first half of 2021 closed with 133 requests for filming in different locations in the three Penedès counties, an increase of 45% over the same period in 2019, before the pandemic, when 92 were made, according to data from Node Film Clúster / Gran Penedès Film Comission.

In addition, out of all these shoots, 101 have been in Sitges – 76% of the total permits managed – mainly for the photographic, advertising and television sector, although two video shoots and one film have also been made. Sant Pere de Ribes has hosted 10 shoots.

This activity has a direct economic impact on local revenues. In the town, the filming permits have represented a total of 16,124 euros, in addition to payments to individuals – 67,200 euros – for houses, companies, shops, ports, restaurants and other establishments where everything has been filmed. In addition to this is the indirect impact of the film crews’ stay in the town, and the media impact from broadcasting.

Among other productions, the Port of Aiguadolç was the setting at the end of July for shooting scenes of the feature film Un novio para mi mujer, directed by Laura Mañà, and starring Hugo Silva, Belén Cuesta and Diego Martín. Lidl, Visa, Seat, Tesla, Decathlon and Nike are just some of the brands that have also filmed in the town.

Coronavirus in Spain (12 Aug) – after a month, incidence rate back below 500

Most Covid cases are mild in Sitges, but deaths also continue

Curfew ends but Sitges nightlife very quiet, with bars still closing at 1am