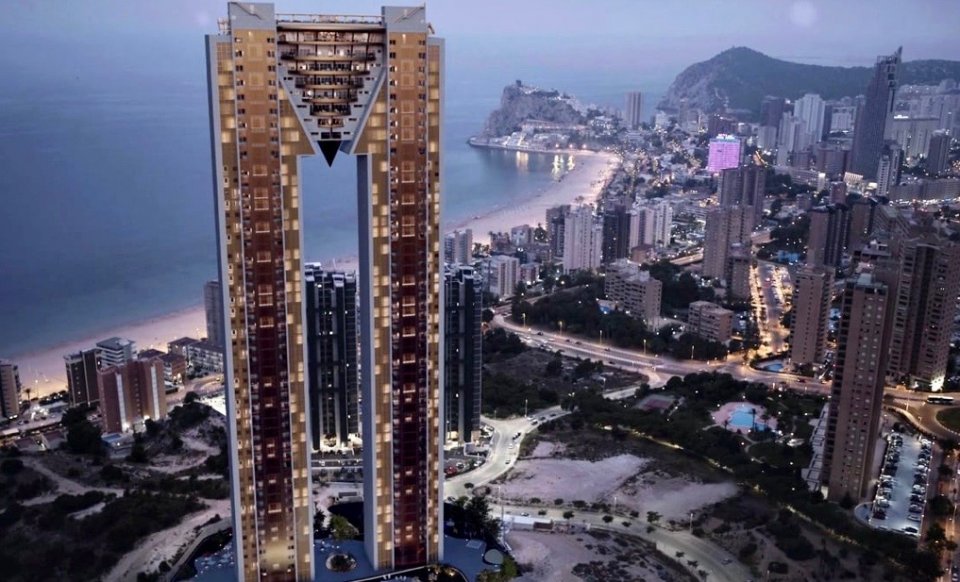 Police forces have broken up several botellones (street drinking parties) across the Valencia region this weekend, including one on Friday night of 1,000 people in Torrevieja, according to the government representative in Valencia, Gloria Calero. The local police raised the alarm of the large botellon at around 2.20am at Torrevieja’s Natural Pools beach area. Guardia Civil patrols attended, and the gathering was broken up without incident. Other smaller botellones were broken up in several Alicante towns on both nights and 116 sanctions were issued.

This is the first weekend since the 12.30am curfew came back into force last Monday in 32 towns and cities across the region, including Valencia’s capital where several National Police patrols were sent to ensure the curfew was complied with. Calero said that police and Guardia Civil numbers were being reinforced to increase vigilance and ‘guarantee measures were being complied with’. She also thanked them for their work and their ‘commitment to the population to avoid the spread of the virus’.

Infections and hospitalisations continue to rise

Despite the region having so far administered five million doses of the vaccine, 53% of the population being double-jabbed, and 65% having had a first jab, infections from Coronavirus continue to rise. This week there have been 11,794 new cases, compared to 10,150 last week, while there were 6,938 all-clears, compared to 1,896 the week before. There have been seven deaths, with six of those occurring in the past seven days. As of Friday, there were 432 people in Valencia’s hospitals with Covid-19, substantially higher than last week’s 291, while there were 59 people needing treatment in the ICU, almost double last week’s figure of 31. Click here for all reports on: Coronavirus in Spain.

The regional health department has begun vaccinating 5,000 homeless people across the region. The process began last Monday (6 July) and is to continue throughout the month. The health department is working in coordination with various NGOs in 28 vaccination points specially set up for the purpose. The vaccination teams visit different locations such as soup kitchens, immigration centres and agricultural warehouses.

At the day and time agreed with the NGOs, the individuals enter the vaccination centre, give their SIP (health card) number if they have one and are assigned one if they don’t. The information about the process is given in different languages such as English, French, Rumanian and Arabic.

Due to difficulties of reaching them, this group has been given the single dose Janssen vaccine and the vaccination team will contact the NGO workers responsible for them to follow up once a week for the first month after the vaccine to check for any side effects.

Calling 20-somethings and the unvaccinated

The vaccination of 20-30 year olds is to be brought forward by two weeks, it was announced yesterday. Valencia president Ximo Puig said that this age group, which is most affected by the current rise in infection rates, would be called from next week in health districts where vaccination is going faster, and then from 26 July in all areas.

Puig also announced Operación repesca, a campaign to reach out again to those who didn’t take up the invitation to be vaccinated for whatever reason when their age group was first called.

He also said the ministers from the health and education departments would be meeting on Monday to begin planning the vaccination of 12 to 18 year olds when classes resume in September.

Campaign to stop animals being abandoned

Valencia City Council has launched a campaign to try and curb the number of pets being abandoned as the holiday season gets under way. ‘Compta amb mi’ aims to increase awareness among people about animals being abandoned during the summer.

Valencia councillor for animal welfare, Gloria Tello, explained that the animal welfare department works towards increasing the rehousing of animals, and educating people in respect, appreciation and protection of pets. Tello said that so far in 2021, 487 new homes have been found for animals at the city’s Benimàmet dog and cat rescue centre, with April being the month with most ‘adoptions’. This is an increase of 132 animals or 37.8% on the same months last year.

The photos of the campaign show animals in holiday locations, encouraging owners to take their four-legged friends with them.

Benidorm’s Intempo, the tallest residential building in Europe, is due to be inaugurated in September. At 198m high, the distinctive M-shaped building will be 47 storeys high, comprising two parallel towers separated by a 20m gap and joined by a cone-shaped structure between floors 38 and 44.

There will be 256 private dwellings as well as 13,000m2 of communal spaces including the highest gym and spa in Europe.

Apartments from the ground floor to the 22nd floor are between 62m2 and 95m2, with the cheapest costing from €257,000 and the most expensive €341,000. The views from these floors are less spectacular as they are partially blocked by other buildings, but from the 23rd floor upwards the views out to the Mediterranean are unspoilt and unsurprisingly prices are also higher. From the 23rd to the 37th floor prices vary between €367,000 and €497,000 for 95m2 apartments. Going up, the prices for the 38th to 45th floors also go up considerably and are ‘available on request’.

Intempo will be the fifth tallest building overall in Spain and is 200m from Benidorm’s Poniente beach.

But the construction process has been beset with problems: work on the building began in 2007 and completion was scheduled for 2009, but the economic crisis of 2008 hampered the project and when it was almost finished in March 2014 the construction company went bankrupt. It was bought by US investment firm SVP Global in 2017 for €60 million and is now due to be inaugurated in September. The job of finishing and selling the apartments has been handed over to the Catalan developers Uniq Residential.

‘Freedom Day’ to compulsory jabs: how different countries in Europe are facing the latest wave