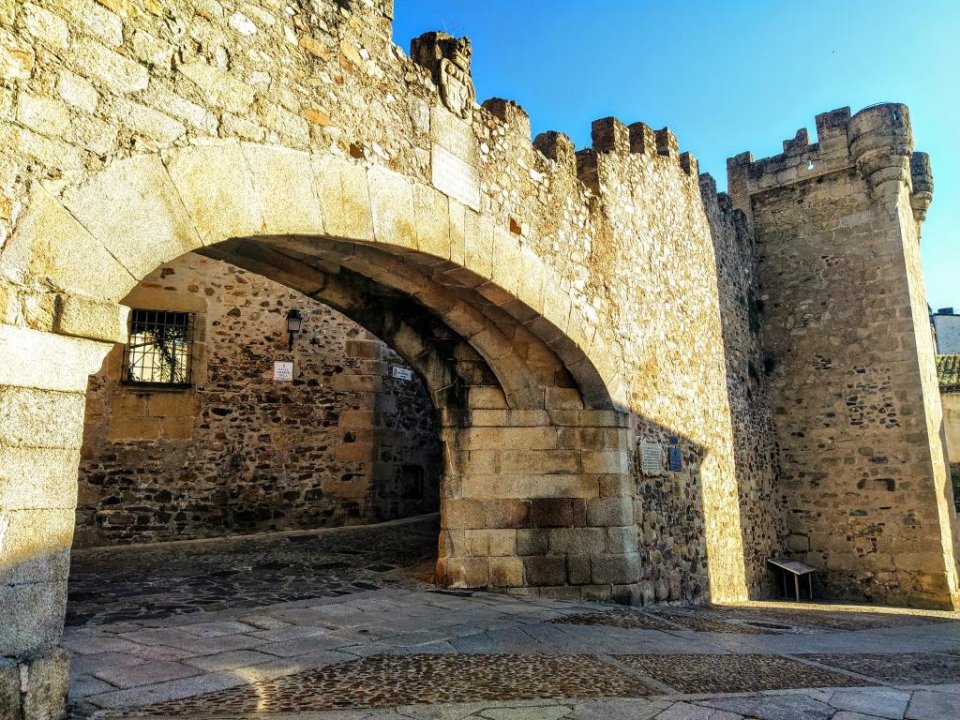 The streets of Cáceres have seen their fair share of film crews over the years and it’s easy to see why.

With one of the most well-preserved Medieval old towns in Spain, the second largest, albeit arguably most charming city in Extremadura, it is home to narrow cobbled streets, Roman ruins, Islamic castle towers, cathedrals and palaces that date back to the middle ages.

The old and Gothic part – a UNESCO World Heritage Site – has barely changed in appearance for centuries on end, and that’s just Cáceres the city. The landscape across the province that surrounds it is about as off-the-beaten-track in Spain as one could get, an unspoilt land of lakes, boulders and mountains whose small towns and villages bear the remnants of fallen empires in the form of their forts, castles, monasteries and churches.

It is also famed for its conquerors – the likes of Francisco Pizarro, Hernán Cortés and Pedro de Valdivia – because Extremadura is no stranger to conquests, power disputes and bloody battles between rival kingdoms fighting for territory. It is no wonder, in this regard, that a number of spots in Cáceres were used as film locations for the HBO hit series Game of Thrones.

Typically, visitors will come here to see the collection of historical artefacts that have been found in and around the city over the years. This includes Roman mosaics and statues that pay homage to pre-Christian gods, headstones of Visigothic graves, and Islamic monoliths emblazoned with Arabic writing.

But Game of Thrones fans may focus their attention on the building’s façade. It is here where the likeable and harmless Sam Tarly is seen escaping from a life of cleaning out dirty chamber pots and wandering around an old library. ‘I’m tired of reading about the achievements of other men,’ he utters upon leaving what is, in fact, the Museo de Cáceres in the darkened early hours of the morning. Accompanied by his lover and her child, a horse and carriage awaits them in front of the building’s main doors.

Situated in the middle of the Plaza Mayor, atop a wide flight of stairs between Moorish towers, is the Arco de la Estrella, which was and still is the main entrance to the ‘Ciudad Monumental’, a maze of narrow cobbled streets, stone houses and centuries old residences of monarchs and noble families.

Nowadays, most of these buildings are museums or local government offices. In Game of Thrones, however, this is all part of King’s Landing and makes a fitting backdrop to the scene in which Euron Greyjoy arrives on horseback, dragging his rope-bound prisoners through the streets which are filled with crowds of abusive hecklers.

Among those prisoners are Yara Greyjoy, Ellaria Sand and her daughter, all of whom are forced to endure the insults of the mobs whilst being pelted with random objects as Euron, on the other hand, receives a hero’s welcome. This public parading of the prisoners begins in the Plaza Santa María and ends at the Arco de la Estrella before Euron enters the palace of Cersie Lannister, which was recorded elsewhere.

A twenty minute drive out of the city, just past the small village of Malpartida de Cáceres brings you to Los Barruecos, a natural monument that despite being so close to town, feels like a million miles from anywhere.

It is a land of small but constant hills, grey rocks, large boulders, trees and lakes that are so calm, you’ll barely see a ripple on the surface of the water. But in Game of Thrones, the peace and quiet that attracts the omnipresent colonies of storks, is nowhere to be found. Los Barruecos is where the famous Loot Train Battle episode was filmed, regarded by many as one of the greatest battle scenes ever made in the history of film and television.

A plaque marks the exact spot where Danaerys Targaryan, also known as Khalessi, attacks Jamie Lannister and his army with help from her fire-breathing dragons and Dothraki soldiers, in arguably the most memorable moment of the series.

Just over half an hour outside the city of Cáceres, on the road to Madrid, is the town of Trujillo. Aside from being a pleasant place to spend the day roaming through its centuries-old sloping streets, Trujillo is most well-known for being the birthplace of the ‘conquistador’ Francisco Pizarro, who led the Spanish conquest of Peru.

Visually speaking, the town’s most standout feature is the Alcazaba, a huge Moorish castle that towers above everything from atop a hill. The castle, which is impossible to miss once you’re anywhere near the town, was brought to the eyes of millions of viewers when it appeared in Game of Thrones as Casterly Rock, the ancestral home of the Lannisters, and was invaded by the ‘Unsullied’.

As local residents of Cáceres are already aware, the sight of a film crew in the region is fairly common. Spanish series such as La Catedral del Mar and Inés del Alma Mía made use of many of the same sites, and other film crews are surely yet to come.