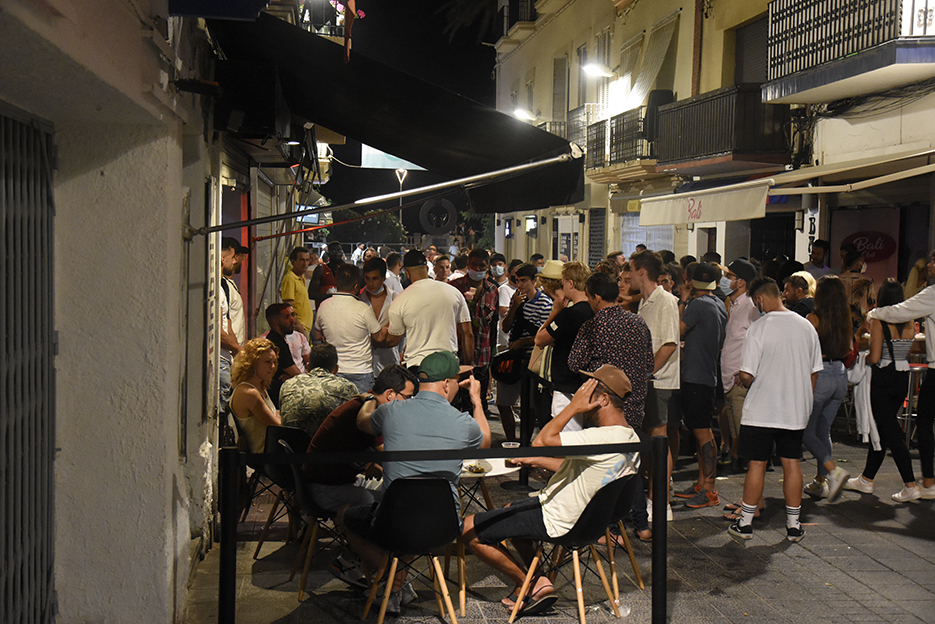 The sharp rise in positive cases of Covid registered in Sitges had an impact on economic activity over the weekend. The town received fewer visitors than in previous weeks and several music bars have temporarily closed.

The atmosphere on Saturday night in Carrer Primer de Maig was nothing like the midweek celebrations for the Sant Joan festival or the weekend that followed it, when the street was full of young people. Whether this is because a substantial number of these youngsters have since tested positive or are in temporary confinement, or whether it’s because of the alarm generated by the current figures, the number of visitors over the weekend dropped considerably.

Some bars have also closed until the statistics improve. This is the case for Las Vegas, where many groups of young people have tested positive since the Sant Joan festival. Pachito and Everlasting Love have also decided to reduce their opening hours. They closed at midnight on Saturday, although they were open as normal beforehand.

Sea You also closed this weekend, in the Port d’Aiguadolç, another venue that attracts a large number of young people in the afternoons. Meanwhile, Guitar, which was due to open on Friday after months of closure, decided to postpone the re-opening.

The presence of groups of young people on La Ribera seafront and on the breakwaters also dropped significantly. Only a few small groups continued to drink or stay on the beach. The local police and the Mossos d’Esquadra deployed several patrols to control and monitor the groups.

However, there was a lot of activity in the Carrer de Joan Tarrida, where a number of visitors congregated, mainly without face masks when they were on the street.