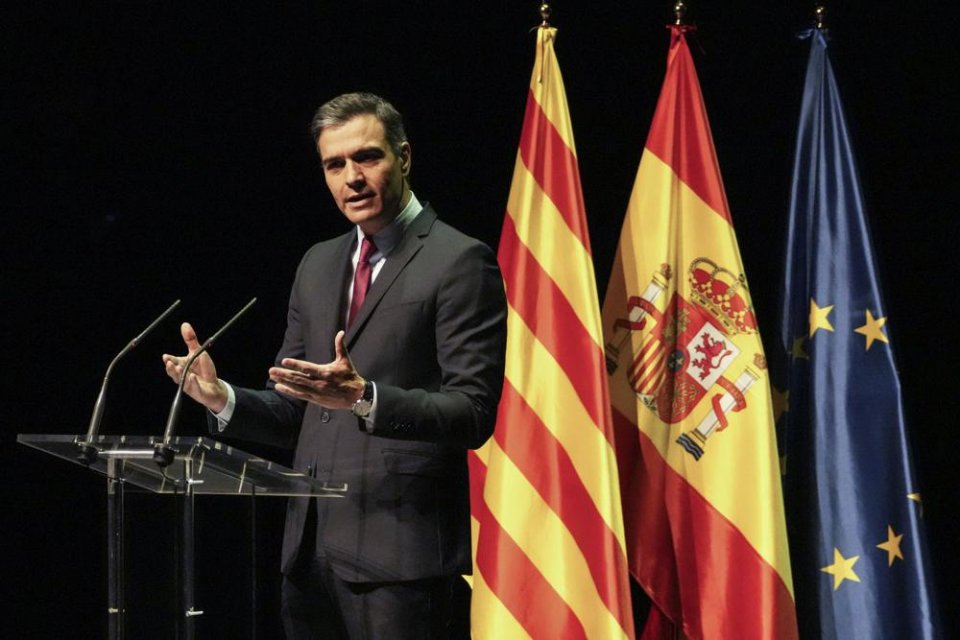 #LATEST update on Tuesday at 14.15h – Spain’s cabinet has unanimously approved the pardons for the nine jailed Catalan politicians and activists, following a four hour meeting.

Spanish Prime Minister Pedro Sánchez has announced that his government will be pardoning the nine jailed Catalan pro-independence leaders this Tuesday.

He announced the move in a speech on Monday at Barcelona’s Liceu Opera House, stating that the measure will encourage ‘reconciliation’ between Catalonia and Spain and as a first step towards leaving behind ‘confrontation’.

‘We don’t expect those who want independence to change their minds, but for them to understand that they must respect the law,’ said the Spanish prime minister, during his lecture entitled ‘Reencuentro’, meaning ‘reunion’ (or also ‘reunited’), and ‘a project for the future for all of Spain’.

‘Thinking in the constitutional spirit of concord,’ said Sánchez, ‘tomorrow I will propose to the cabinet of ministers to grant pardons to the nine convicted in the [Catalan independence] trial. Spanish democracy is going to take a big step towards a “reencuentro” that it is necessary and urgent.’

Sánchez said that the pardons law, introduced in 1870, existed ‘in order to resolve conflicts and open paths for understanding, so that a life in common is possible’.

The legislation provides the Spanish government the exclusive powers to pardon any person convicted with a final sentence, and Sánchez recalled the legal base for his decision, including the 1870 law and Article 62 of the Constitution. He called upon Spain’s opposition parties to not question the legality of the pardons, implicitly referring to the right-wing groups, who are staunchly against them.

On Sunday 13 June, over 25,000 protestors gathered in the Plaza de Colón in Madrid to rally against the proposed pardons. The leaders of the right-wing People’s Party (PP), Ciudadanos (Cs) and far-right Vox all attended the rally.

On Monday during his speech at Barcelona’s opera house, Sánchez admitted that the pardons would not deter independence campaigners from their belief that a split with Spain is the best way forward. But he said: ‘By letting these nine people out of prison, we’re symbolically bringing millions of Catalans who support them to coexistence.’ He added: ‘We are going to do it for the sake of agreement, we are going to do it wholeheartedly.’

Sánchez was interrupted during his speech by an activist who carried the pro-independence Catalan flag, shouting for a full amnesty for the jailed leaders, seen as a recognition of no fault in the first place. Hundreds more protested outside the opera house, also demanding amnesty. Many seek an amnesty for all those involved in judicial procedures stemming from the independence push, which would not only include the nine jailed politicians and activists, but also those in exile such as former president Carles Puigdemont, who is currently an MEP.

In late May, the Supreme Court issued a report to say that it opposes granting pardons to the jailed leaders, but the 1870 law stipulates that it is ultimately down to the Spanish government to decide whether to grant them.

The court said that it considered there were no reasons based on ‘justice, fairness or public utility’ to grant pardons to the jailed leaders. Magistrates considered the prison sentences of 9-13 years imposed to be proportionate and emphasised that there is ‘no evidence of remorse’.

The report, which was presented by the president of the Supreme Court’s criminal chamber, Manuel Marchena, stated that the reasons for asking for a pardon lose justification ‘when those who have been the perpetrators of a mobilisation aimed at presenting themselves as political prisoners to unilaterally subvert the constitutional order’.

Ever since Sánchez came to power in Madrid with the support of pro-independence parties, and re-elected thanks to an abstention from Catalonia’s Esquerra Republicana (ERC) party, the right-wing opposition groups have accused his cabinet of ‘secret dealings’, and offering pardons as a possible thanks for helping to appoint him as prime minister. Sánchez has always denied the accusations, stating that his government would make the same decision even if they had an absolute majority of 300 MPs.

Vox was the so-called ‘popular prosecutor’ in the trial of the Catalan independence leaders, a mechanism in Spain which allows any citizen or organisation to be an accuser in court alongside public prosecutors. After the trial, the far-right group expressed disappointment with the verdict, claiming the sentences were not harsh enough. Vox had asked that the Catalan leaders be jailed for rebellion rather than the lesser crime of sedition – and had called for 74 years in jail for Oriol Junqueras. He finally received a sentence of 13 years.

The nine jailed politicians and activists:

Green light for ‘refrigeration cluster’ on the Vilanoveta industrial estate

The school year ends with just one confined group