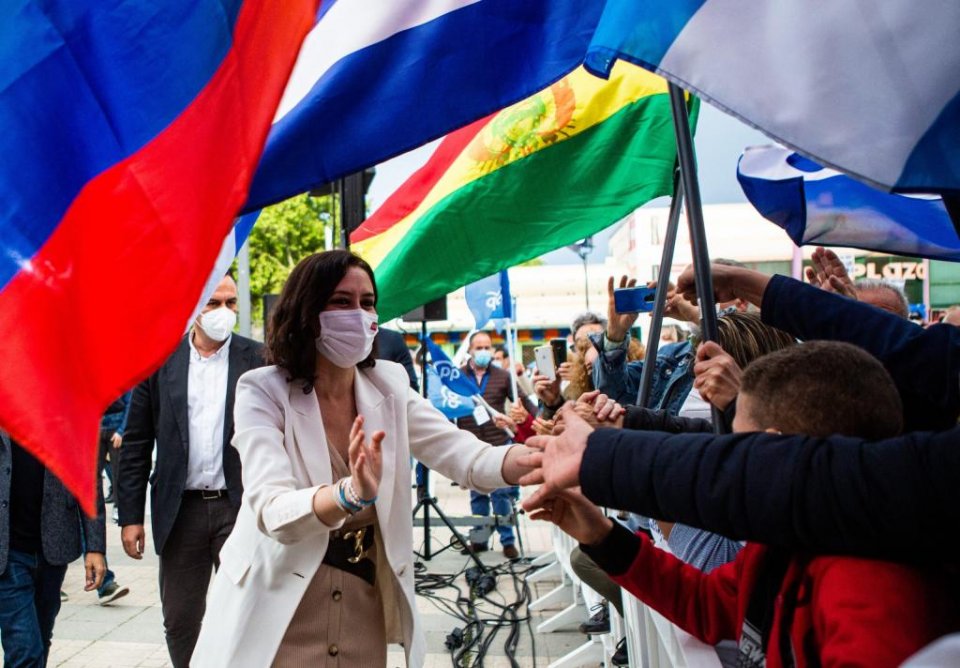 Yet another threatening letter containing bullets and addressed to a Spanish politician was discovered on Wednesday – this time intercepted after security checks by Spain’s Correos postal service. It is the seventh such incident this week in Spain, and just before a key regional election in Madrid.

The latest letter was addressed to the former socialist (PSOE) prime minister José Luis Rodríguez Zapatero, who was targeted with a package containing two bullets and a handwritten letter with insults, according to a report that first broke on La Sexta TV.

On Tuesday, Spanish postal workers had intercepted another death threat letter with two bullets that had been sent to Isabel Díaz Ayuso, the right-wing People’s Party (PP) president of the Madrid regional government, facing a regional election on 4 May.

The Spanish Interior Ministry said the threat against Ayuso had been discovered in a mail processing hub in Catalonia. Another letter, also containing bullets, was sent to the chief of the Guardia Civil police, María Gámez, the ministry’s statement said.

It follows three similar letters sent in the past week to the Interior Minister, Fernando Grandes-Marlaska, to the leader of the left-wing Podemos group, Pablo Iglesias, as well as another letter also sent to María Gámez of the Guardia Civil. The letter to the Podemos leader provoked a bitter confrontation between Iglesias and Rocío Monasterio, the far-right Vox party candidate in the regional election in Madrid, who cast doubts about the death threats during a radio debate. ALSO READ: Spain’s Interior Minister and left-wing leader receive death threat letters with bullets.

On Monday, Spain’s Minister of Industry, Trade and Tourism, Reyes Maroto, was also sent an envelope containing a knife stained with what appeared to be blood, the Ministry of Interior said. By Monday afternoon, however, police had identified a man in El Escorial (Madrid) as the suspect who had sent the package. According to reports, the man was identified easily because he had included his return address on the back of the envelope. He has also been diagnosed with schizophrenia, according to police sources. ALSO READ: Spain’s Tourism Minister receives envelope with bloodstained knife.

Spanish media have reported that ‘sources close to the investigation’ have said that the letters sent to Zapatero, Ayuso and María Gámez did not come from the same person who sent the first three letters to Grandes-Marlaska, Iglesias, and also to the head of the Guardia Civil.

The letter sent to Zapatero was detected in a postal sorting office in the Madrid district of Vallecas. According to reports, it contained two 38mm bullets along with a handwritten note in red ink: ‘Zapa[tero], you bland, baneful vermin, ignoramus who did and continues doing so much damage to Spain. May your brains be blown out through your eyebrows.’

The letter sent to Ayuso containing two bullets was sent through a post office in Sant Cugat del Vallès near Barcelona. The Madrid election frontrunner Ayuso played down the threat, telling 13TV channel on Tuesday night that, ‘These things must be faced with the importance they have: none. Those who commit these acts are seeking their five minutes of fame. To those who use terror to try to be in the spotlight, [I respond with] serenity and contempt.’ Her reaction has been compared to that of her rival Pablo Iglesias, who quit his role as the second deputy prime minister of Spain in March in order to specifically run in the Madrid elections against the right-wing and far-right groups,

Spanish Prime Minister Pedro Sánchez issued a statement condemning the latest incidents. ‘The threats against Isabel Díaz Ayuso and, again, María Gámez [referring to the second letter addressed to the Guardia Civil chief] are a threat against all of us. [We will be] neither tolerant nor accomplices of violence and the spread of hate. We as democrats will not accept that. We unreservedly condemn and reject these acts,’ he wrote on Twitter.

The death threats have fuelled what have already been acrimonious campaigns for the 4 May election to the 136-seat regional assembly in Madrid.

Since she was elected in 2019, Ayuso of the PP has been at loggerheads with the central coalition (PSOE–Podemos) government on many issues from social policies to the Covid-19 pandemic response, keeping bars and shops open to support Madrid’s economy, while other regions had all shut non-essential activities.

The vote in the region around the capital, Spain’s wealthiest, is being seen as a mid-term test for Pedro Sánchez’s left-leaning ruling coalition, which is expected to fare poorly. According to most polls, Ayuso’s PP is expected to win by a wide margin, although she would need the support from the far-right Vox party to secure an absolute majority.

The polls suggest Sanchez’s PSOE party could lose half of its seats, and the broader left, including the two far-left parties, Mas Madrid and Podemos, are unlikely to form an absolute majority.

Andalusia in English – weekly round-up (3 May)