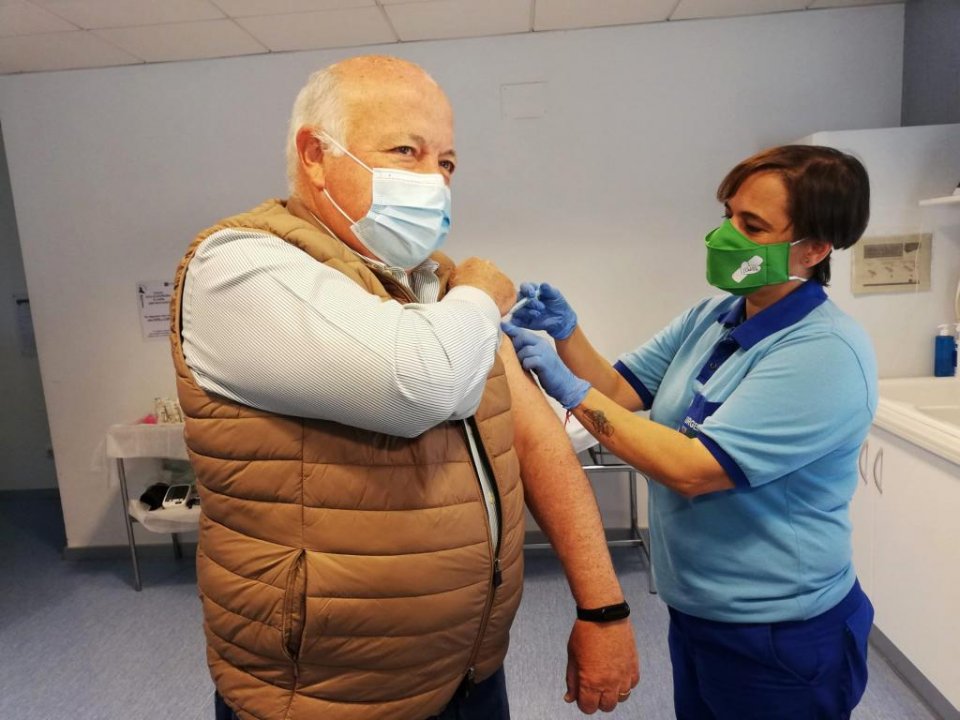 The Junta de Andalucía lifted its travel ban on 29 April, meaning that all travel, including non-essential, is now permitted throughout the region’s eight provinces: Almería, Cádiz, Córdoba, Granada, Huelva, Jaén, Málaga and Sevilla.

Juanma Moreno, president of the Andalusian government, said that the re-opening of the region’s provincial borders was due to the stabilisation of the latest wave of the Covid-19 pandemic and the region’s successful efforts to make progress with its vaccination programme.

Moreno said that after many months without being able to visit friends, relatives and loved ones, it was time to regain that freedom. However, he urged the region’s residents to exercise caution, respect the necessary rules and continue to wear face masks and maintain social distancing.

He asked citizens to look ahead to the summer months, reminding us that the level of freedom permitted then will depend on our prudent behaviour now, as restrictions are lifted. Also, he asked citizens to remember that it is not only freedom that is at stake but people’s lives and livelihoods.

The new restrictions as of 29 April:

‘No community in Spain has given more vaccines than us,’ said Juanma Moreno on 27 April, as he related the success of Andalusia’s vaccination programme. Moreno expressed thanks to the region’s health professionals for their achievements in rapid administration of jabs; Andalusia now ranks as the leader in vaccination on a national level.

According to Moreno, one in four Andalusians of its ‘target population’ (those over 16 years of age which make up 7 million of its 8.5 million population) have already received at least one dose. 96.1% of the vaccines distributed to Andalusia have been administered which equates to more than 2.8 million vaccinations. In the region’s elderly care homes, vaccination is practically 100% – and also among health professionals. Also read: Covid-19 Vaccinations in Spain.

The regional government has authorised a grant of over 4 million euros to be awarded to the Museo Picasso Málaga in 2021. The Picasso Museum Foundation aims to preserve, display and communicate the life and work of the genius from Málaga, his hometown.

This contribution from the Ministry of Culture and Historical Heritage seeks to add additional support to this important cultural institution and popular tourist attraction, which like other cultural venues, has struggled during the pandemic. Donations made by Christine and Bernard Ruiz-Picasso, the artist’s daughter-in-law and grandson, usually constitute the core of the foundation’s funds.

The permanent collection is made up of 233 works of art, plus another 169 loaned by the Almine and Bernard Ruiz-Picasso Foundation, which includes oil paintings, sculptures, drawings, ceramics and engravings dated between 1894 and 1972. The museum is based in the Palacio de Buenavista, a Renaissance building built in the first decades of the 16th century.

The museum’s selection addresses Picasso’s relationship with Málaga, the versatility of his talent, the importance of people and everyday life in his painting and his role in the creation of Cubism. Examples of his portraiture, still life and landscape painting are on display.

Prior to Covid, Museo Picasso Málaga was the most visited museum in southern Spain, receiving a total of 703,807 visitors in 2019. Also read: Focus: Miquel Barceló’s ‘Metamorphosis’, Picasso Museum Málaga

The Junta de Andalucía has just approved changes to its new Animal Welfare laws which add to the obligations of pet owners and make the sale of pets between individuals unlawful.

In addition to these obligations is the prohibition of the private breeding and sale of pets by individuals who are not part of recognised centres. This new addition to the law means that should your dog or cat give birth to pups or kittens, they may no longer be sold. If you decide to give your pet to another person the animal must first be chipped and registered to their original owner and their passing to a new owner must be officially registered on their documentation.

In Andalusia, there are currently 2.56 million pets registered, which equates to eight out of ten homes in the region being pet owners. The most popular pets are dogs, numbering 2.33 million.

In the latest report from the Junta de Andalucía, (2 May), the region registered its fourth consecutive drop in hospitalised patients from Coronavirus to 1,285. This is a reduction of 99 fewer patients admitted since Saturday 1 May, the largest drop in one day since 7 March. However, the numbers for those admitted to an ICU remain unchanged in the last 72 hours.

Andalusia had recorded a total of 548,856 positive tests since the start of the pandemic as of 30 April, with 1,604 cases added since the last communication, (Friday 23 April.) According to the Junta, there have been 13 deaths from Coronavirus since this last update.

In the 14-day period before Friday 30 April, 18,701 new positive cases of Coronavirus were confirmed in the region. According to these figures, the contagion rate in Andalusia is approximately 220.9 cases per 100,000 inhabitants.

An assessment of the risk indicators suggests that Andalusia is still at a high alert level, with almost a hundred Andalusian municipalities with a perimeter confinement due to exceeding the 500 per 100,000 rate of incidence. 20 of these municipalities are also under the restriction of closure of non-essential activity from 29 April, due to an incident rate of over 1,000 cases per 100,000.

Click here for our ‘Andalusia in English’ home page.

Extremadura in English – weekly round-up (3 May)

Great addition to Spain in English. Very interesting. Thank you.