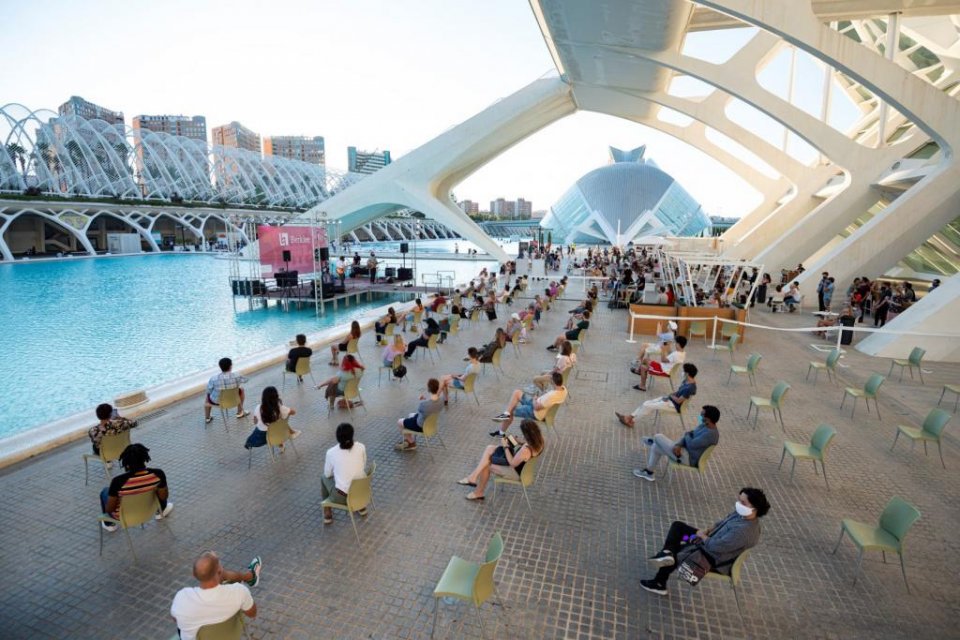 Four locations across the region have been announced for the roll out of mass vaccinations due to start in April, when more doses are expected to arrive.

Valencian president Ximo Puig made the announcement on Saturday, following a vaccination coordination meeting. He said there would be one centre for each province capital, plus one in Elche. The four locations will be:

The field hospitals in each of the capitals will also be used in the mass vaccination campaign, and there will be at least one reference centre in each comarca (county). There will also be free transport routes to each centre.

Each vaccination centre will have three sections: reception and triage, vaccine administration and a post-vaccine area where people will stay for 20 minutes.

Puig explained that having vaccination centres which are separate from the health centres, except in some sparsely populated areas, would mean that ‘health services could continue operating normally’.

He also said that, as is happening now with those aged over 90, as it becomes the turn of other age groups, health department staff will let individuals know the date, time and place of their vaccination, by SMS or by phone.

Valencia continues to top the lists of hospital admissions, deaths and new infections nationally, and the planned relaxation of restrictions, due to happen on 1 March, will only happen if the health situation improves, according to Ximo Puig. Speaking on Thursday, he said any relaxing of restrictions would be done ‘without losing sight of the horizon or going backwards’, and within a de-escalation ‘based on protecting health’.

He said that epidemiological data would be analysed next week and that a decision would be taken about easing some restrictions from the following week. At the moment the accumulated incidence rate is around 400 and the aim is to bring it down to 50, he said. He highlighted the ‘will, cooperation and co-responsibility of society that is winning this battle’.

Vaccinations seem to be having an effect already, as the health department announced this week that there had been a 64% drop in new Coronavirus infections in residential care homes, which is the area where the vaccination campaign began at the end of December.

The pressure on hospitals is relenting slightly, with 1,563 people currently in the region’s hospitals compared to last week’s 2,362. ICU occupation has also gone down to 388, from last week’s 500, although medical staff are still feeling the strain of almost a year of the pandemic.

Preparing to re-open hospitality and sport

Following last week’s threats to ignore a ban by some parts of the hospitality sector, particularly in Castellón, things seem to have calmed down. A working group was also held this week between the health and tourism departments of the government with representatives of the hostelry industry.

Valencian health minister, Ana Barceló, said that the de-escalation needed to be done ‘with caution and moderation’ as ‘the aim was to be able to open hospitality and leisure venues with total safety, both for those who work in the sector and for citizens’.

For their part, the hospitality industry was keen to highlight their ‘firm commitment to the health of the population, because without health there is no economy.’ Barceló thanked them for their understanding and collaboration with the measures adopted.

Meanwhile, Barceló will meet with education minister Vicent Marzà next Thursday to discuss re-opening the region’s sports sector. Their aim is to work together with representatives from sport to prepare the safest way to re-open during the coming weeks.

According to some in education, the closure of all sporting activities is taking its toll on the region’s youngsters this term. Some teachers complain that student behaviour, especially among those in secondary education, has deteriorated considerably since the tighter restrictions were introduced in January. They say that children, particularly boys, who would normally have three or four training sessions a week and a match at weekends, have lots of excess energy, and are becoming more disruptive in class.

A woman has been freed by the Guardia Civil in the province of Alicante after being held captive for more than a year. The woman, from Algeria, had come to Spain on the promise of work and residency but was made to work seven days a week in the home where she was imprisoned, without being paid.

She had been held in a house in the Alicante town of Agost, where a makeshift bedroom and bathroom had been made in the garage. She was made to work seven days a week doing domestic chores and always guarded to stop her escaping.

After more than a year, she managed to send an internet message to her son in Algeria who contacted a friend in Catalonia who alerted the authorities. When found by the Guardia Civil, the woman was said to be malnourished and had lost 20 kilos after spending more than a year living in ‘subhuman conditions’.

A 50-year-old man and a 44-year-old woman, also of Algerian nationality, have been arrested for human trafficking, labour exploitation and illegal detention. They have been released on bail.

There were eight arrests and at least one person injured following protests on Thursday in Valencia in support of the jailed rapper Pablo Hasél, who has been imprisoned for ‘glorification of terrorism’ and ‘slander against the crown’ in the content of some of his tweets and lyrics. Original report (16/2/21): Rapper Pablo Hasél detained by police, after barricading himself inside Lleida University.

A second day of protests saw crowds of demonstrators gather in Valencia’s Plaza San Agustín on Thursday evening for what began as a peaceful protest, under the slogan Estem Fartes (‘We’re Fed up’). However, things started to become heated after eggs were thrown down at the protestors by a resident in the square. Soon after, a speech was read by one of the protestors who said ‘if they want war, they’ll get war’. The situation intensified as the police tried to contain the demonstrators who dispersed throughout the city’s streets and there were reports of a bottle bank being turned over and the bottles hurled at police officers.

The clashes and the resulting police response have provoked varied reactions among the political parties and their representatives. Podemos lamented the police ‘bestiality’ and Compromís have condemned the ‘aggressive’ behaviour of the riot police against councillor Carles Esteve, who has officially lodged a complaint. He has since uploaded a video on Twitter allegedly showing him being whacked on the leg by an officer while walking through Calle San Vicente Martír with his arms raised.

The city’s mayor, Joan Ribó, described the reaction of the national police as ‘disproportionate’, saying that it didn’t increase safety, rather that it ‘increased social tension for free’.

But not everyone has criticised the police. Toni Cantó of Compromís, expressed his ‘support for all the police officers who, for another day, have to confront these violent hooligans. They defend the law and they protect us all. Strength and honour’.

Meanwhile, the president of the Valencia People’s Party (PP), Isabel Bonig, also showed her support for the security forces, saying: ‘The right to protest, always. The right to violence, no. Never. When the government encourages protests out on the street, democracy suffers. Today Valencia is suffering.’