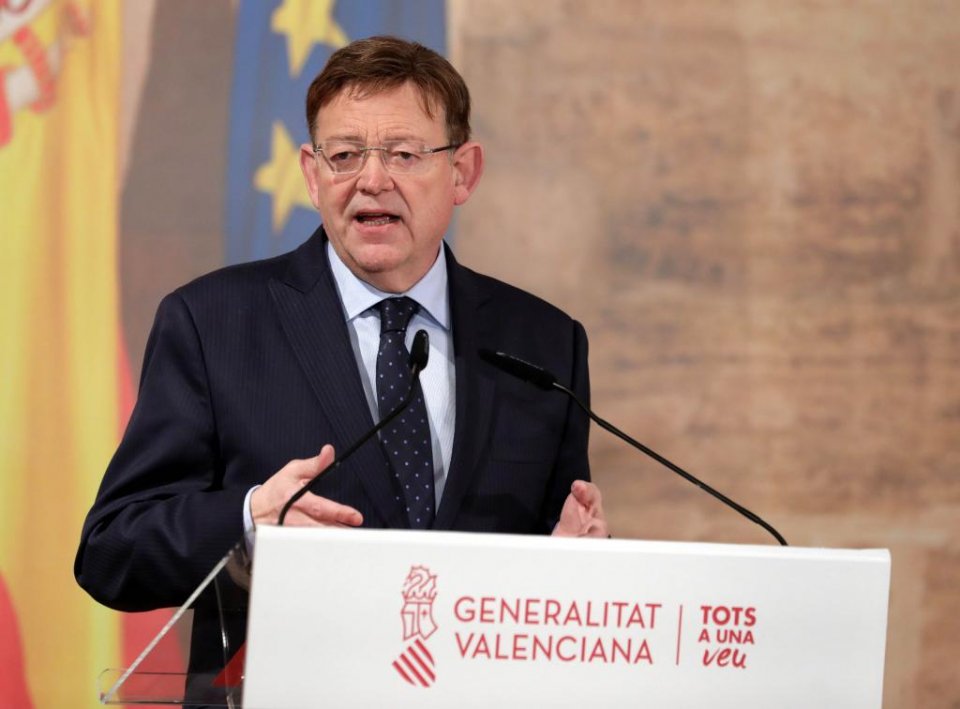 ‘Today we have had more than a hundred deaths, we have to maintain the restrictions.’ These were the strong words used by the Valencian president Ximo Puig on Wednesday to justify the extension of restrictions until 1 March.

Puig made the announcement following the regional government’s Interdepartmental meeting for the Prevention and Action against Covid-19.

The meeting had been much shorter and calmer than on previous occasions and those attending had agreed with Puig’s proposal to prolong the current restrictions, due to end on Monday (15 February), for another two weeks.

Puig said: ‘They are difficult decisions and we would like to be announcing the opposite, but everything will stay the same.’

The restrictions, brought in on 19 January, include, among other things, the total closure of hostelry, closure of non-essential shops at 6pm, curfew between 10pm and 6am as well as the weekend perimeter closure of towns and cities with populations of 50,000 or more.

He didn’t go into details about what the relaxation of restrictions would look like, when the time comes, but he has previously said it would not be ‘rapid’ nor ‘without prudence’. He made no comment about whether closing bars and restaurants had brought infections down, just saying: ‘The restriction of social contacts in all areas is important.’

He said that the effort by citizens has brought ‘hopeful results’ with a 39% drop in hospital admissions over the past two weeks, a 49% reduction in the accumulated incidence rate, to 777 per 100,000 of population and during the past week the number of recovered patients is almost triple that of new infections. He spoke to ‘all those who are rightly tired of the pandemic’, pointing out the fact that ‘not all the days are the same’, because at the end of January there were 75,000 Valencians infected with Covid-19, and now there are 42,000, as well as 2,000 fewer people in hospital.

To the hostelry owners in Castellón, who had threatened to open on 16 February whatever, he pleaded for dialogue, rather than having to apply the letter of the law. He said: ‘I don’t believe it helps anyone to be in a space of confrontation.’

Touching on the vaccination programme, Puig said that 18 February, or even before, has been set as the deadline for completing the vaccination in all the residences in the region, which will leave only those who have been infected to be vaccinated. He reiterated that the priority was to vaccinate ‘the most vulnerable’, first the residents and workers in residences, and the following week to continue with those from day centres and the over 90s.

He highlighted that there are currently three vaccines available and from 8 March there will be a fourth and each has its own peculiarities when it comes to administration, mobility and logistics, which can lead to problems.

He defended the vaccination plan: first residences and front line health workers, followed by dependents and second line health workers. The aim, he reiterated, is that by April the conditions will allow for the roll out of ‘mass vaccination’ across the region, helped by offers of spaces from local councils and other groups over the past week. All this, of course, if the pharmaceutical companies deliver on time. Also read: EU chief admits ‘late to authorise’ and ‘too optimistic’ about Covid vaccine plan.