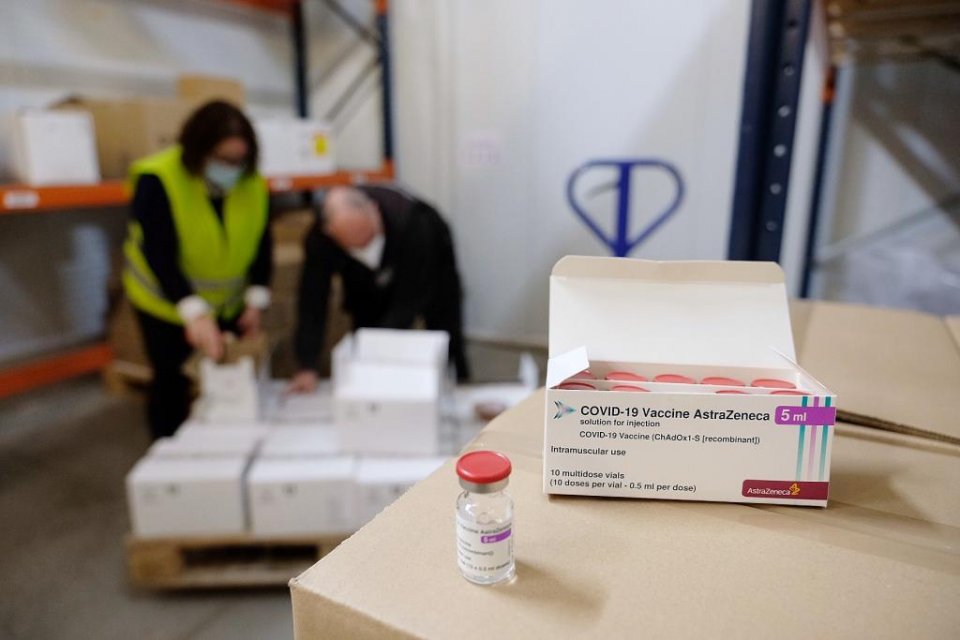 Spain will now also start to administer the AstraZeneca vaccine against Covid-19 to people aged between 45-55 during this current second phase of the country’s three-phase Vaccination Strategy, the Health Ministry said on Wednesday.

At the same time, at least seven regions in Spain are beginning to vaccinate people aged over 80 against Covid-19 this week – and which was the original plan for the second phase of the Vaccination Strategy – while other regions are still inoculating the previous priority groups of the first phase (residents of care homes, their care workers and other health workers). Anyone aged over 55 will only be administered the Pfizer/BioNTech or Moderna vaccines. People aged under 60 with a high risk of serious Covid-19 infection will be vaccinated with shots produced by Pfizer/BioNTech and by Moderna, once those aged over 60 have been immunised, the ministry also said.

Andalusia, Aragón, Murcia, the Canary Islands, Cantabria, Catalonia and the Valencia region have all announced that they are ready to start vaccinating the over-80 age group this week, even whilst continuing to administer jabs to the first priority groups. Galicia and Castilla-La Mancha have said that they will commence with the over-80 groups next week.

The over-80s account for 2.8 million of the population in Spain and a staggering six out of every ten deaths to date from Covid-19. The Spanish Health Ministry has reiterated that 80% of over-80s will be immunised by late March.

As announced by the Spanish government in late November, the initial Vaccination Strategy was to first vaccinate 2.5 million citizens from January to March 2021, with the government having divided the population into 15 groups to determine the priority order. Care home residents and their health carers were given top priority, followed by other healthcare workers and adults with severe disabilities – all during the first phase of three phases.

The second phase of vaccinations initially aimed to cover other critical groups through to June, as the number of doses available as part of the EU joint purchase scheme was expected to ‘increase progressively’. The third phase was then expected to cover the rest of the Spanish population. The Health Minister at the time, Salvador Illa, said that 70% of the population would be vaccinated by the end of summer 2021, and that by then the country would have achieved ‘herd immunity’.

Although Spain’s central government has decided upon the sequence of priority groups for Covid-19 jabs, the health bodies of each of the 17 regions are responsible for the management of the administration of vaccines.

Andalusia and Murcia are converting venues such as sports pavilions and convention centres into vaccine administration points. Madrid and Catalonia have announced similar plans, but people will mainly be vaccinated at their local healthcare centres or in their own homes. Last week, Catalonia’s public health secretary even said that FC Barcelona’s giant Camp Nou stadium and Gaudí’s Sagrada Família cathedral could eventually become Covid-19 vaccination centres during the third phase of vaccinations.

Spain has been administering jabs using the Pfizer/BioNTech vaccine since 27 December, then from 13 January also with the Moderna vaccine. The AstraZeneca vaccine has been used since 9 February – but it will not be administered to citizens aged over 55.

Spain’s three-phase Vaccination Strategy has had to adapt its initial plans to changing circumstances. This is partly due to delays and adjustments in the quantities delivered of the Pfizer-BioNTech vaccine, but also due to the changes in criteria regarding the age groups to receive jabs of the AstraZeneca vaccine.