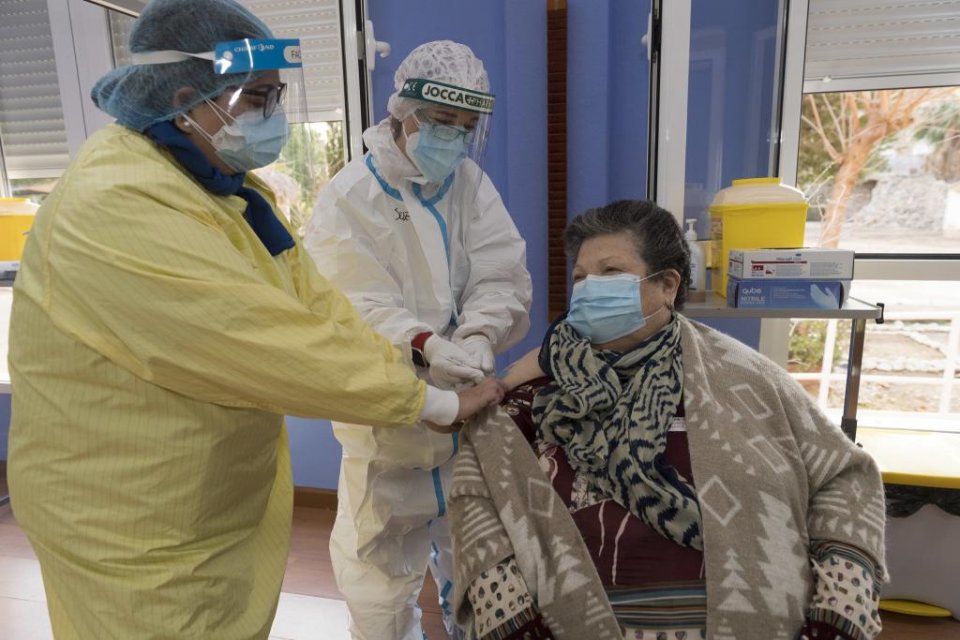 The latest official figure* released by the Spanish Health Ministry on Friday 22 January for the number of people who have tested positive for Coronavirus (Covid-19) since the start of the pandemic is now 2,499,560. This is an overall increase of 42,885 against the figure released on Thursday. The ministry claims that 18,187 of these infections have occurred in the past 24 hours.

There are currently 27,462 people requiring hospital treatment for Covid-19 in Spain, of which 3,908 are in intensive care. This now represents a 37.61% occupation of intensive care units (ICUs) by Covid-19 patients.

The official figure* for the total number of Coronavirus-related deaths on Friday 22 January is now 55,441 – an increase of 400 since Thursday. It is now a total of 1,411 deaths in the past 7 days.

Latest figures (up to 22 Jan) show that Spain has now received 1,346,100 doses of Covid-19 vaccines (from Pfizer-BioNTech and Moderna), and that 1,165,825 jabs have been administered. This is 86.6% of total vaccines received. 68,456 people have now received a second jab. In a separate report, we have published the amount of vaccines received and administered for each region in Spain. Latest: Covid-19 Vaccinations in Spain

Of the 18,187 new infections claimed by the Health Ministry to have only been registered in the past 24 hours on Friday 22 January, the numbers per region are as follows:

On 27 December, Spain started to administer its first vaccinations against Covid-19, with the  Pfizer/BioNTech vaccine. On 13 January, supplies of Moderna vaccine also arrived in Spain. The health ministry has released a list for how it has divided the Spanish population into 15 groups for vaccination. For the latest data on the number of vaccines received and administered per region in Spain, click here: Covid-19 Vaccinations in Spain

The Spanish Congress voted to extend the current State of Alarm until 9 May 2021. The State of Alarm was initially declared on Sunday 25 October to enable the regional governments the legal requirements to impose and enforce nighttime curfews and other restrictions, where required. Full details here: New ‘State of Alarm’ in Spain.

Spain changed the Covid-19 test requirements for travellers arriving to the country from Thursday 10 December, via airports or ports. Since Monday 23 November, travellers arriving in Spain from high-risk countries had had to show proof of a negative PCR test done within 72 hours of arrival. A negative result from a TMA (Transcription-Mediated Amplification test) is also valid, ‘and other tests based on equivalent molecular techniques’. Full report here: Spain changes Covid-19 test requirements for travellers.