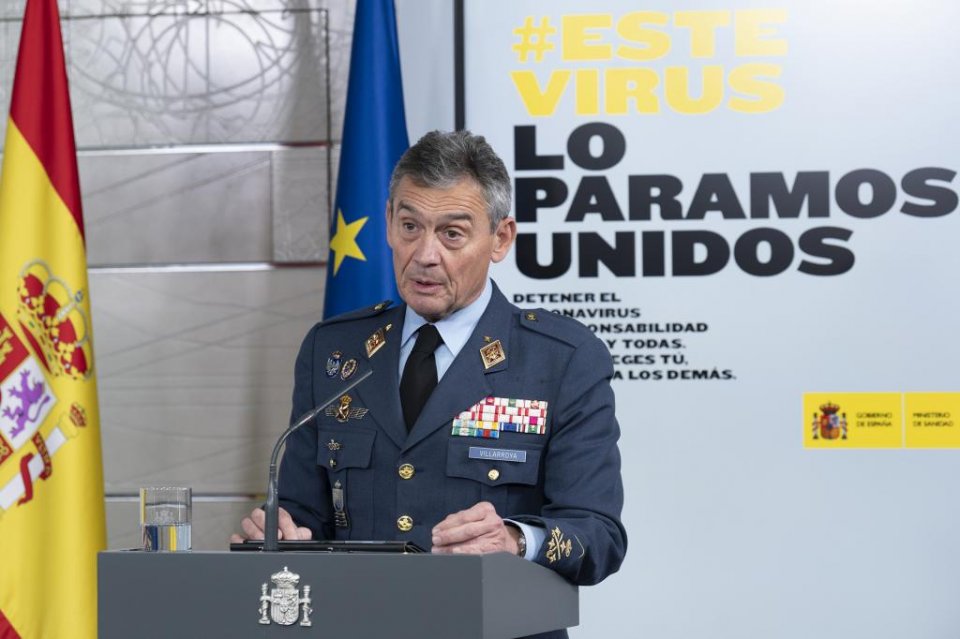 Spain’s Chief of Defence Staff, General Miguel Ángel Villarroya, resigned on Saturday, following allegations that he had received a jab of the Covid-19 vaccine, despite not being on the country’s priority list.

His resignation comes as a scandal erupts in Spain over military and political officials receiving early jabs of the vaccine, which had been first reserved for those in residential care homes and their health workers in the list of priority groups.

‘In order to preserve the image of the armed forces, General Villarroya today presented his resignation request to the defence minister,’ the Spanish armed forces said in a statement. His resignation was accepted by Spain’s Defence Minister Margarita Robles.

In a statement regarding his resignation, the Defence Ministry did not specifically confirm that the 63-year-old general had received a jab, yet quoted him as saying that he had ‘never intended to take advantage of unjustifiable privileges which damaged the image of the Armed Forces and put in doubt the honour of the general’.

The statement added that Villaroya ‘took decisions which he thought to be correct’ but which ‘damaged the public image of the Armed Forces’.

During the start of the pandemic in March 2020, General Villaroya often represented the military at media daily briefings in Spain, where he would explain how troops were helping to disinfect residential care homes, as well as major transport hubs across the country.

The general’s departure comes just a day after Spain’s Interior Ministry sacked a lieutenant-colonel who served as a staff liaison to the Guardia Civil, because an internal report found that he had received a jab without being on any priority list.

The report also accused a number of other defence staff members of improperly receiving the vaccine, and Robles has also warned that more resignations could follow.

Politicians have also resigned over receiving the vaccine out of turn. Last week, Manuel Villegas, the top health official in the region of Murcia resigned after admitting that he had also received the Covid-19 vaccine despite not belonging to any of the priority groups scheduled for initial jabs.

But Javier Guerrero, the health adviser to the Spanish north African enclave of Ceuta, refused to resign, saying he had not violated any protocol. Guerrero, who is a physician and has diabetes, said at a press conference on Thursday that he accepted getting the jab because his staff insisted.

‘I didn’t want to get vaccinated, but my technical staff told me that unless I did it they wouldn’t do it themselves,’ he said. ‘I really didn’t want to. I don’t even get the flu vaccine. I don’t like vaccines.’

The resignation of Manuel Villegas in Murcia followed on from the news in the Valencia region last week of a young socialist couple who are mayor and mayoress of neighbouring towns in the province of Alicante – and who also received jabs of Covid-19 vaccines despite not being in high risk groups.

Ximo Coll, mayor of El Verger, and his wife Carolina Vives, mayoress of Els Poblets, were both vaccinated – and five other doses were given to Guardia Civil and local police officers. Coll said that he had received a call from the health centre saying that seven doses of the vaccine had been left over as two health workers were in quarantine, two had flu and a further three didn’t want to have the jab. ‘Without hiding anything and with no malintent,’ Coll said that he went to the health centre with his wife and had the jab.

Pressure from the public has so far led to resignations or dismissals of several local mayors and councillors, as well as some hospital directors. At the San Carlos Clinic Hospital in Madrid, retired health workers and family members were asked to show up for a vaccine so as not to waste soon-to-expire doses.

The PSOE socialist party of Prime Minister Pedro Sánchez issued a statement on Friday urging any elected official who has skipped the line and received a jab to resign immediately. Top members of the People’s Party (PP) have made similar remarks.

Nursing home residents and staff, as well as frontline health workers, are currently receiving jabs as priority groups in Spain’s national vaccination plan. The Health Ministry has announced that the next group will be those above 80 years old.

ALSO READ: Opinion: ‘Queue jumping doesn’t only happen in Spain, but they’re good at it’

Being British and living in Spain I was appalled to hear that Top officials etc., are receiving the vaccine and not being on the priority list. Where are their morals being leaders. I am sure it is going on all over the world. I live in the Balearic Islands and the rollout of the vaccine is incredibly slow and this is the reason I’m sure. There are so many rich people who feel entitled and should be treated different than the others Why I do not understand they have just been lucky in life and I believe it is luck and opportunity not just hard work. I really hope they are named and shamed.