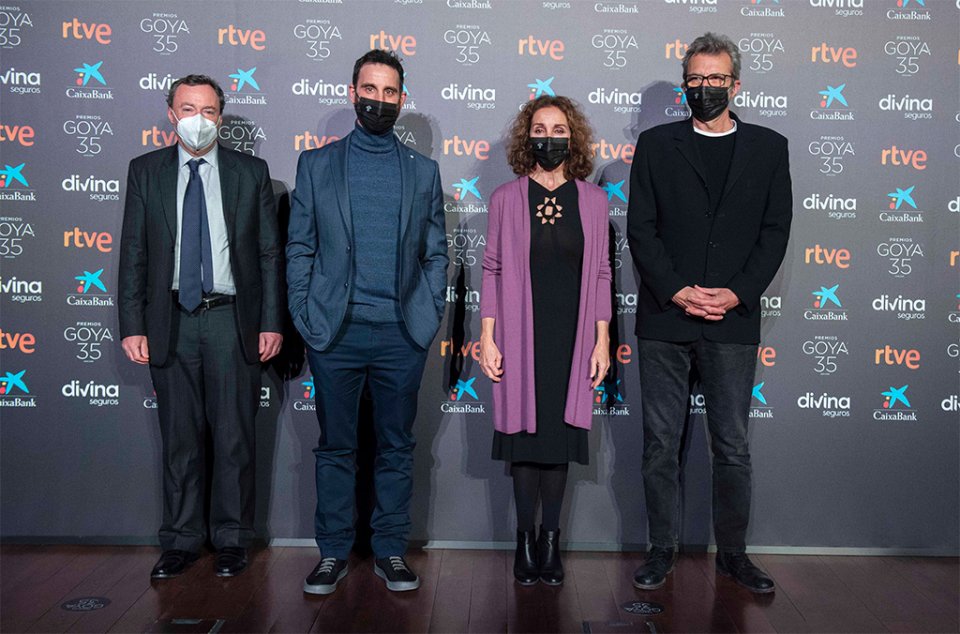 In what have been challenging times for the film industry internationally, the Spanish version of the Oscars, the Goya Awards, is on course to celebrate its 35th edition this year. Presented by the Academy of Cinematographic Arts and Sciences (AACCE), the Awards will honour the best in Spanish films of 2020.

The finalists were announced on Monday in Madrid by actress and singer Ana Belén alongside actor and comedian Dani Rovira – a week later than expected due to complications provoked by Storm Filomena.

Banderas, along with journalist María Casado, will present and co-direct this year’s ceremony on the 6 March in the Teatro del Soho Caixa Bank in Málaga. This year, however, the event has had to adapt to the extraordinary circumstances caused by the Covid-19 pandemic.

Vice-president of the Academy, Rafael Portela, explained that the ceremony will differ from other years; with heightened security, strict measures outlined by the health authorities, along with reduced audience capacity. Award ceremony parties – before or after the event – are also strictly prohibited. Although the event will be austere in comparison to previous editions, the organisers have committed to valuing art, talent, creativity, and the imagination of the world of cinema, especially in these adverse times, when Spanish box office earnings saw a decrease of 446 million euros in comparison to 2019.

The Academy has also made an exception to its rules for the 35th edition of the Goya Awards. Previously, to be eligible for an award it was mandatory to premier in commercial theatres with a box office open to the public. The closure and reduced capacity of movie theatres throughout 2020, as well as the cancellation of premieres, has resulted in a modification of the criteria to account for films that could not have a theatrical release and were released on streaming instead.

A total of 155 films released in Spain between 1 January and 31 December 2020 were eligible for the awards. Of these 155 productions, 82 are fiction, 72 are documentaries and 1 is animation. Also participating this year are 56 European films, 16 Ibero-American films and 35 short films.

The Netflix drama Adú, is a frontrunner for the 35th Goya Awards, with nominations in categories including best film and best director. Adú tells the story of two Cameroonian brothers who dream of reaching Europe to escape poverty – a film based on the migratory dilemma and tragedy that has become a reality for the Mediterranean.

In the category for Best European film are Jan Komasa’s Polish drama Corpus Christi, Florian Zeller’s Brit drama The Father, Viggo Mortensen’s Falling, and An Officer and a Spy from Roman Polanski.

Although the winners will not be announced until the live-streamed ceremony on the 6 March, two awards are known for certain: Best Animated Film (and winner for being the only nominee) La gallina Turuleca (Turu, the Wacky Hen) and secondly, the Goya of Honour, decided by the Board of Directors and which recognises a lifetime of dedication to cinema, which goes to actress Ángela Molina.

The nominees in the major categories for this year are the following:

David Verdaguer – Uno para todos (One for All)

Yo no estoy aquí (I’m No Longer Here) – Mexico

El oficial y el espía (An Officer and a Spy)

From 15-M to Podemos on the ‘Sobremesa Podcast’