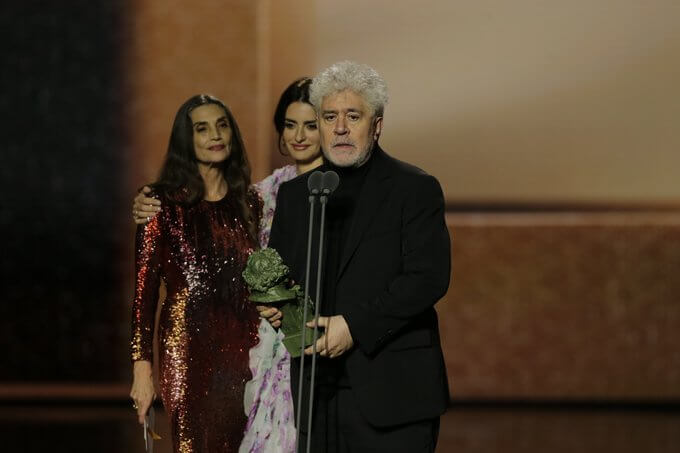 The film, also in competition for best foreign film at the Academy Awards this year, is closely based on Almodóvar’s life and work – a ‘thinly disguised autobiography’.

This year’s Honorary Goya (the lifetime achievement award) went to Pepa Flores, better known as Marisol, a child actress who starred in many musicals in the 1960s and 1970s.

Supporting actor
Eduard Fernández for While at War

Best adapted screenplay
Benito Zambrano, Daniel Remón and Pablo Remón for Out in the Open

Best new actor
Enric Auquer for Eye for an Eye

Best costume design
Sonia Grande for While at War