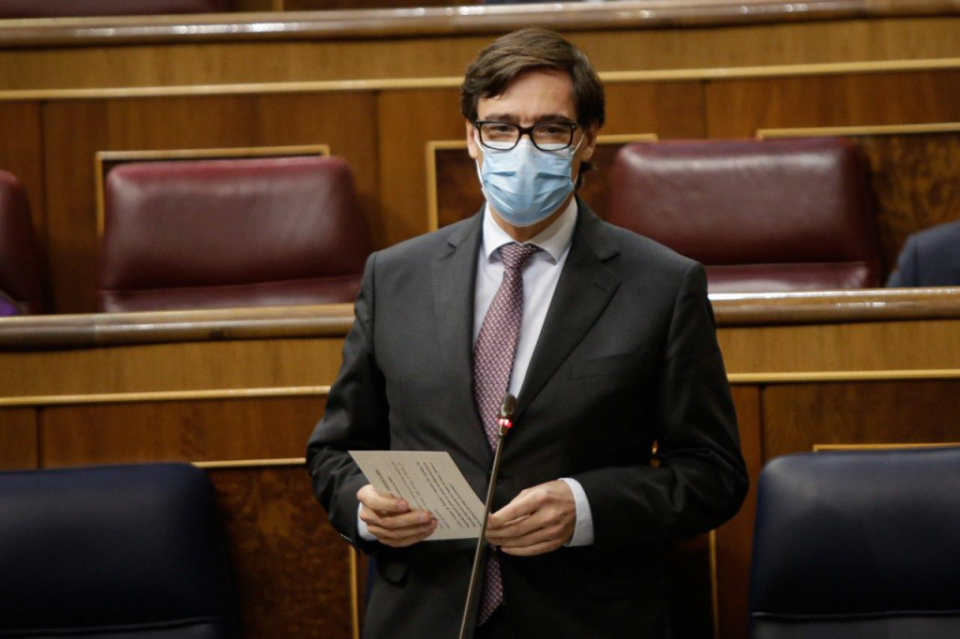 Spanish Health Minister Salvador Illa said on Tuesday that a nationwide curfew in Spain is a ‘possibility’ if required to ‘control the second wave and flatten the curve’ of Coronavirus (Covid-19) infections. But he also said that such a curfew would need to be covered under a new ‘state of alarm’.

A state of alarm was imposed on the region of Madrid on Friday 9 October, officially for a period of 15 days. It will expire on the afternoon of Saturday 24 October. The same measures that were in place for a previous partial lockdown in Madrid became enforceable only via the state of alarm, after the region’s authorities had opposed the original measures in court. Any extension to the state of alarm in Madrid would need to pass via a vote in the Spanish Congress.

It had been reported that after the current state of alarm expires in Madrid on Saturday, the regional authorities are seeking to maintain a ‘curfew’ possibly between midnight and 6am for the entire region, in order to avoid street drinking and other ‘parties’.

However, Illa said that to continue with a curfew in Madrid would ‘require a state of alarm’, and that he is now open to studying such measures for all the regions in Spain. Speaking at a press conference after a cabinet meeting, Illa said, ‘If it is the case that we had to apply a curfew, we would need a state of alarm. It is the information I have’.

Although Madrid is the only region currently with a state of alarm, other regions in Spain are also increasing the restrictions and measures to combat the virus.

In Catalonia, all bars and restaurants have been closed for 15 days since Friday 16 October, permitting takeaway and delivery services only. Over the weekend, Catalonia’s hospitality industry held a series of protests against the new restrictions. Shops have also had to reduce to a maximum 30% capacity, cinemas and theatres to 50%, whilst other measures include the suspension of all trade fairs – and with public parks having to close by 8pm. Hair salons can remain open but beauty clinics are also closed.

The Catalan government has since also ordered 24/7 convenience stores to remain closed between 10pm and 7am in a further push to prevent drinking parties in the streets and the possible spread of infections.

The regions of Navarra, Castilla y León and Aragón have also recently announced new restrictions on mobility and other measures.

The city of Burgos and town of Aranda de Duero in the region of Castilla y León will be sealed off to non-essential travel from Tuesday night. Similar restrictions were imposed on the cities of Salamanca, Leon and Palencia last week. Aragón has introduced further capacity limits at bars and restaurants and banned the sale of alcohol in shops between 10pm and 8am.

Figures released by the Spanish Health Ministry on Monday 19 October for the number of people who have tested positive for Coronavirus since the start of the pandemic is now 974,449. This is an overall increase of 37,889 against the figure released last Friday.