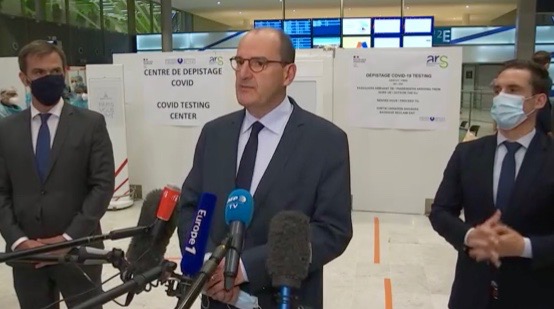 Report below updated in Spain at 17.30h on Friday 24 July

The latest official figure* released by the Spanish Health Ministry on Friday 24 July for the number of people who have tested positive for Coronavirus (Covid-19) is now 272,421. This is an overall increase of 2,255 against the figure released on Thursday — yet with the ministry stating that 922 of these infections have occurred in the past 24 hours. The difference is because the ministry claims it is still verifying and updating historical data (please also see discrepancies in figures* below).

327 people have needed hospital treatment in the past 7 days, of whom 14 have required intensive care.

Thursday had shown an increase of 971 infections in 24 hours, according to Health Ministry data – but an overall increase of 2,615 over the figures released on Wednesday.

Wednesday had been 730 infections in 24 hours – but an overall increase of 1,357 over Tuesday.

The Ministry of Health’s official figures* for Friday 24 July also now show that there have been a total of 28,432 Coronavirus-related deaths in Spain – an increase of 3 over Thursday.

On Friday France issued a recommendation to its citizens not to travel to Catalonia (see further figures below) due to ‘deteriorating sanitary indicators’.

A meeting between Castex and Spain’s deputy prime minister Carmen Calvo scheduled for Monday was postponed in a move that was seen as reducing the likelihood of the border shutting.

On Wednesday, Spanish tourism minister Reyes Maroto said that she hoped a closure of the border with France would not be necessary

Meanwhile Norway has also updated its travel rules, and will impose a 10-day quarantine on travellers from Spain starting on Saturday due to the spike in cases, the Norwegian government said on Friday.

Independently of the way that Spain’s Health Ministry presents its figures (above), the regional health department in Catalonia has released its own data on Friday showing that a further 1,003 new cases of Coronavirus have been registered there in the past 24 hours.

As reported last Sunday, in an attempt to curb the rising number of Covid-19 cases, the Catalan government has adopted new measures in various areas of Catalonia – including the city of Barcelona itself.