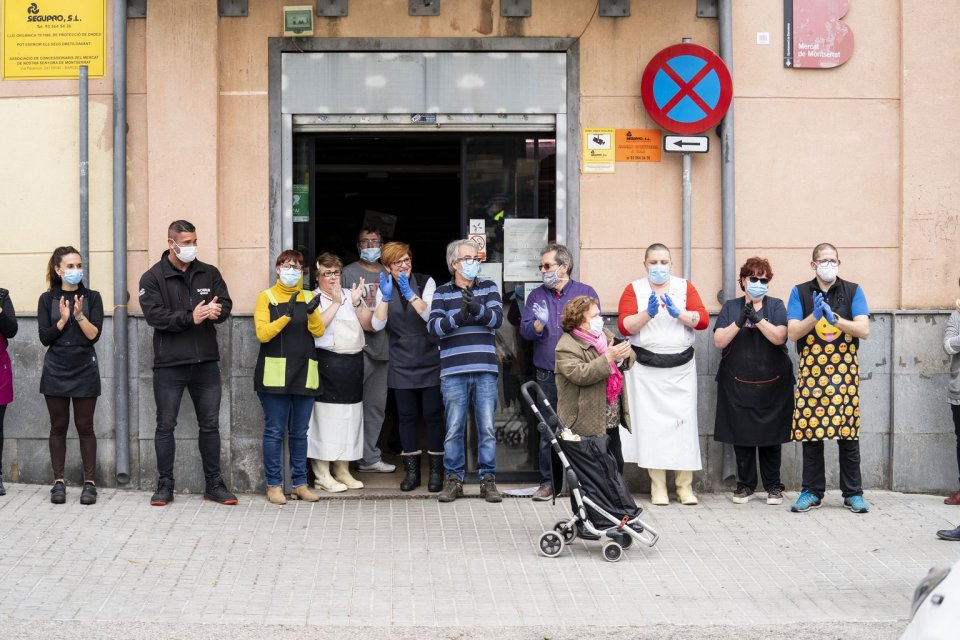 Report below updated in Spain at 17h on Tuesday 9 June

The latest official figures* released by the Spanish Health Ministry on Tuesday 9 June show a total of 27,136 deaths from Coronavirus in Spain – meaning that again, according to the ministry, there has not been an increase in the past 24 hours. The figures also state there have been 50 deaths in the past 7 days.

The official figure released by the Health Ministry on Tuesday 9 June for the total number of people who have tested positive for Coronavirus only through a PCR test is now 241,966 – an increase of 84 over Monday.

Of the 84 new cases, 45 are in Madrid and 17 in Catalonia. A total of 13 regions of Spain have reported just one or no increase of infections in the past 24 hours.

Monday’s figure for the increase of infections only through PCR testing had been 48 over Sunday – the lowest daily increase since 5 March. Sunday’s comparative figure had been 102 over Saturday. Saturday had been 164.

The Health Ministry figures are normally presented by Fernando Simón, director of the Coordination Centre for Health Alerts and Emergencies, and who reports to the Health Minister Salvador Illa.

Salvador Illa has perviously said that, ‘Spain is following a very strict definition of cases [both for deaths and infections of Coronavirus] in line with international authorities, including the World Health Organization (WHO) and the European Centre for Disease Prevention and Control (ECDC). Anyone who tests positive for Covid-19 and then dies is considered a Coronavirus fatality.’

The Spanish government has approved a royal decree to establish the measures that will govern the ‘new normality’ that will follow on for life in Spain after the lockdown, and until a vaccine is found for Covid-19. The text has been jointly drawn up by Spain’s Ministry of Health and the Ministry of Transport.

50% of Spain now in Phase Three

50% of Spain has now moved to Phase Three in the government’s four-phase de-escalation of lockdown restrictions plan.

We’ve published all the key rules and measures regarding the four phases in a separate report, together with the current ‘phase status’ for each region and province. The fully updated report can be found here: Lifting of lockdown in Spain – full details of all phases for all regions.