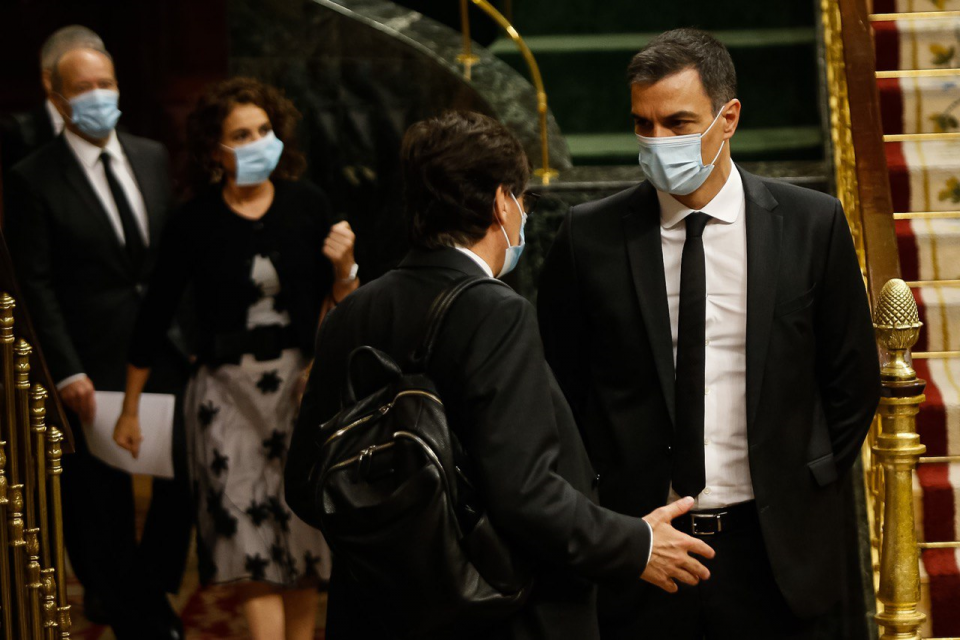 Report below updated in Spain at 18h on Thursday 28 May.

The latest official figures released by the Spanish Health Ministry on Thursday 28 May show that there have now been 27,119 Coronavirus-related deaths in Spain – an increase of 1 again in 24 hours, compared to the figure released on Wednesday. The ministry also states there have now been 38 deaths in the past 7 days.

Wednesday’s figures had also shown an increase of 1 death in 24 hours, and 39 deaths in 7 days.

The official figure released on Thursday 28 May for the total number of people who have tested positive for Coronavirus only through a PCR test is 237,906 – an increase of 182 over Wednesday, of which 106 cases have been reported in Madrid and Catalonia. Eight regions of Spain have recorded just one or no new infections in 24 hours.

State of alarm to be extended further?

Prime Minister Pedro Sánchez said in the Spanish Congress on Wednesday that his government is focused on responding to the ‘triple dimension’ of the Coronavirus (Covid-19) pandemic – health, social and economic issues – to ensure that ‘no-one is left behind’.

‘The panorama has completely changed [over the last 70 days],’ he said, and reiterated his government’s commitment to recovering ’employment rights and social dialogue’.

With regards the current ‘state of alarm’ in Spain – already extended five times and currently in place until 7 June – the PSOE–Podemos coalition government has reportedly already started discussions with both the Ciudadanos (Cs) party and the Basque Nationalist Party (EAJ-PNV) to see if they would support a sixth and final extension. If the government decides to seek a further extension, a debate and vote would take place in Congress next Wednesday 3 June.

The first deputy prime minister Carmen Calvo said earlier this week that the cabinet ‘is considering, if there is a sufficient majority to do so, one last extension of the state of alarm’ – and which would then be in place until the de-escalation of restrictions four phase plan concluded.

Calvo also pointed to the possibility of pushing for legal reforms in order for the Spanish government to be able to respond to any resurgence of Coronavirus without having to resort to a ‘state of alarm’ again.

Sánchez had initially wanted to extend the ‘state of alarm’ that expired on 23 May for a ‘final four weeks’. Each time the exceptional measures had been previously extended, however, it had been for two weeks at a time. The government changed their last proposal to a two week extension in order to secure the support of the Ciudadanos (Cs) party, led by Inés Arrimadas.

In exchange for the Cs party’s support, the government had agreed to ‘assess possible de-escalation alternatives’ that do not require a further period of the ‘state of alarm’ after 7 June.

Looking towards Phase Three (for some regions)

Most regional authorities across Spain have now sent their proposals to the Spanish Health Ministry for moving (or not) to a next phase of the de-escalation plan from Monday 1 June. It is expected that the Health Ministry will announce its decision during Friday 29 May.

We’ve published all the key rules and measures regarding the four phases in a separate report, together with full details of the current ‘phase status’ for each region and province. The updated report can be found here: Lifting of lockdown in Spain – full details of all phases for all regions.

Nissan to close in Catalonia

Spain’s ‘excess mortality’ during Coronavirus pandemic is over 43,000

I am somewhat concerned by the ‘adjusted figures’ now shown in your reports. Can you give an explanation that a non medical, non political person can understand please ?

Thank you for your comment, David. Since the start of the Coronavirus pandemic, we have published the official figures on a daily basis that have been released by Spain’s central Health Ministry – as all (most) media in Spain have done, as they are the ‘official’ central government’s figures. If you had been following all our reports, however, we also explained that the figures released by the ministry did not always coincide with figures released by each individual region of Spain – for various reasons (we explained it on a daily basis). There was a specific issue with data sent in from Catalonia – as it had also included figures for people who had died not just in hospitals but in care homes, as well as at home. The Ministry then changed its criteria and ordered all regions to send in the data in the same way. Recently, the ministry has now ‘adjusted’ the overall figure having analysed the individual figures received from each region. The ministry’s figures, therefore, do not include the ‘excess deaths’ in Spain during this period. Some media claim that the real figures are much higher (as in many countries). It might be that they are, but we only publish the official figures until everything else can be verified. Hope this helps.