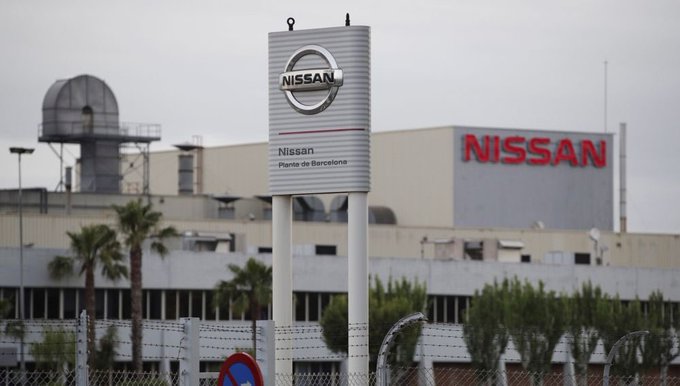 Nissan began its activity in Catalonia in 1980, and has five hubs in the region: the main factory in Barcelona’s Zona Franca industrial area, two more factories in Sant Andreu de la Barca and Montcada i Reixac, an auto parts centre in El Prat de Llobregat, as well as a distribution centre in the Port of Barcelona.

The closure was confirmed by Nissan’s President & CEO, Makoto Uchida, in a press conference in Japan on Thursday morning.

Uchida said that the corporation had ‘considered several measures’ in order to keep the factories open. He confirmed that it will close despite it being a ‘difficult decision’, and that Nissan intends to open negotiations for the layoffs.

Uchida said that there was a need to ‘rationalise’ Nissan’s business, although he also said that they would be maintaining their activity in Sunderland in the UK.

It was not confirmed by Uchida but has been reported in the Spanish media that Nissan will still be keeping its operations running in Ávila and Cantabria.

The Nissan activity accounts for 1.3% of the total Catalan GDP and 7% of the Catalan industrial sector, according to the Catalan News Agency.

On 22 May, Japanese news agency Kyodo had reported that Nissan intended to lay off 20,000 people around the world, mainly in Europe – equivalent to 15% of the carmaker’s workers – in response to falling sales.

On Tuesday, the alliance between Renault, Nissan and Mitsubishi revealed that the three groups would divide their activity in world regions, with Renault in charge of Europe, Nissan in China, North America and Japan, and Mitsubishi in southeastern Asia and Oceania.

The Spanish and Catalan governments had been trying desperately to avoid the closure of the factory and had been working to persuade the Japanese company not to end its activity in Catalonia.

The Spanish government had said in January after a meeting with leaders from Renault and Nissan that jobs at the Barcelona plant were ‘guaranteed’. Any closure would be expected to cost Nissan as much as 1 billion euros, the government said at the time, arguing that investing in the factory would be a cheaper alternative.

In January, Spanish Prime Minister Pedro Sánchez tweeted that jobs at the Nissan plant in Barcelona were ‘guaranteed’, following a meeting held at the Davos World Economic Forum with the Alliance Renault-Nissan-Mitsubishi.

We will continue to update this report, as and when further announcements are made.