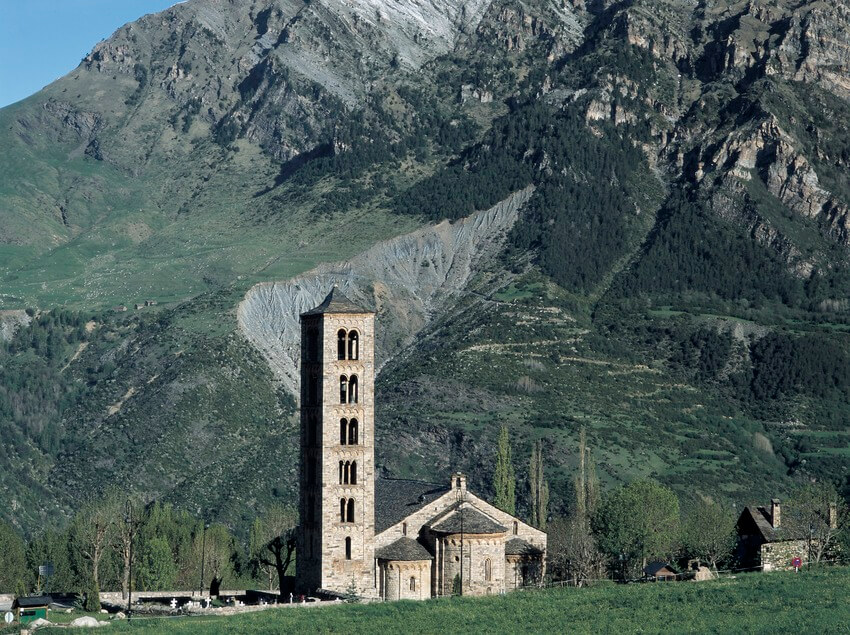 Catalonia boasts many UNESCO World Heritage Sites, and although most are located in the city of Barcelona and get huge amounts of international attention, looking further afield and appreciating what the quieter corners of Catalonia has to offer can be extremely worthwhile.

With an ancient Roman amphitheatre, the largest concentration of Romanesque art in Europe, and what could have been a mini Sagrada Familia not far outside Barcelona, there are many mysteries to discover and impressive sites to see.

The ancient city of Tarraco, now modern-day Tarragona, was the first settlement of the Romans on the Iberian Peninsula and was quickly established as a major administrative and economic hub of the empire. A mercantile city, Tarraco was adorned with many majestic buildings that still stand in excellently preserved condition today. The city was also a strategic military base for the Roman army fighting off the threat of the Carthaginian forces coming from the south.

Founded in the 3rd century BC, the city was decorated with typical Roman walls, a Circus Maximus, a Forum, a Visigoth basilica and a Romanesque church, an early Christian necropolis, and more. Perhaps the jewel of the city’s Roman history is the large amphitheatre, which now sits in the centre of the city.

The Archaeological Ensemble of Tarraco was named as a UNESCO World Heritage Site in 2000.

ALSO READ: Morella, the Maestrazgo and beyond, in the steps of the young Picasso

High up in the Pyrenees mountains, there lies a string of small villages each with their own Romanesque church. This group of nine churches make up one of UNESCO’s World Heritage Sites together for their remarkable level of preservation, exquisite detail in ancient architecture, and for the largest collection of Romanesque art in all of Europe found inside them.

These nearly nine hundred year old churches uniquely display so clearly the culture that flourished in Catalonia during the 12th century. What the aggrupation of churches and villages also shows is how far and remote this culture was able to not only reach, but thrive, to such high levels of artistic standards, all whilst surrounded by mountains reaching peaks of over 3 kilometres.

The Fresco paintings in the churches display symbols of people’s ideals and principles of the time. The Christ Pantocrator in the Apse of Sant Climent of the village of Taüll is one of the most revered masterpieces of Romanesque painting. The original is now sitting in the Catalan National Art Museum, while a replica sits in the Pyrennean church.

Perhaps Antoni Gaudí’s best-kept secret lies just a short train journey outside Barcelona. Colònia Güell was a company town built around the end of the 19th century for textile workers to live and work. Many architects played a part in constructing the fascinating small village that combined utility, labour and comfort, as the people there all lived and worked in a relatively small concentrated area.

Antoni Gaudí’s contribution to the site was his crypt, the building that was to become a larger church – yet construction was never completed. The end result is a small church designed with many of the hallmarks of the Sagrada Família. Visitors can clearly see the influences and styles the architect used on both landmarks. Had work been finished on the crypt, it would have become a ‘monumental model to the Sagrada Família’, according to Gaudí himself.

The Catalan Gothic style Royal Abbey of Santa Maria de Poblet is an enormous monastery that dates back to the mid 12th century, and played a central role in the history of Catalonia for hundreds of years.

It was one of the two royal pantheons of the kings of the Crown of Aragon, and for hundreds of years afterwards it served as the burial site for monarchs and rulers. The kings buried there have sculptures of lions sat at their feet, while the queens have dogs at theirs.

The Poblet monastery sits in the areas of Conca de Barberà, in the southern region of Tarragona.

The oldest of the UNESCO heritage sites in Catalonia are also some of the oldest traces of humanity that exist on the planet. All across the Mediterannean basin there sits a massive collection of ancient rock paintings, made predominantly in caves where the earliest homo-sapiens lived their lives.

In sites such as Ulldecona in Tarragona and Roca dels Moros in the village of Cogul near Lleida, you can discover the fascinating lives of our stone age ancestors, who traced their daily lives, the changing of the seasons, and their rituals in mostly red and black ink on the walls of their living spaces.

Across Catalonia, there are 60 places that rock paintings have been found, and together with paintings in other regions, they form the singular UNESCO site of the Rock art of the Iberian Mediterranean Basin.