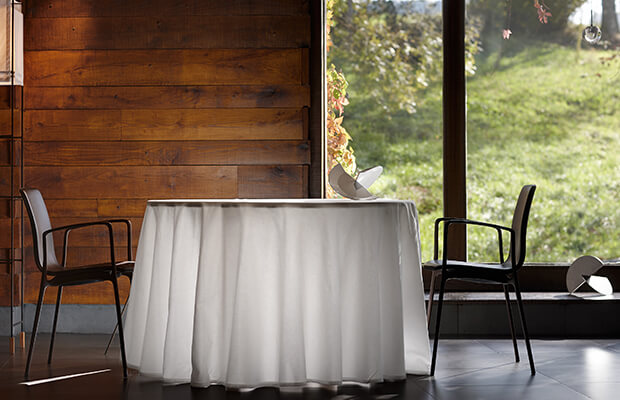 Following on from our first article about The World’s 50 Best, an organisation that ranks restaurants around the world, we now focus on Mugaritz in the Basque Country.

What’s it all about? Mugaritz is playful, avant garde and highly innovative. It’s a creative dining experience developed by Chef Andoni Luis Aduriz aimed to open minds. Aduriz freely admits that not all of his plates are designed to be enjoyed by diners. Dishes on the 20-30-course menu – which change throughout its eight-month season – bear emotive names such as How Long a Kiss Lasts or Depends On How I Look At It.

What’s the vibe? Juxtaposing. A 20-minute drive from San Sebastián to Errenteria, enjoy your first snacks in the garden before moving into this traditional Basque Country house, complete with wooden beams and walls, to sample a mind-blowing array of aromas, flavours, textures,  temperatures and even sounds.

Typical dishes: Expect the unexpected: Mugaritz is not for the faint-hearted. Drawing from a rich tapestry of Basque ingredients, Aduriz turns them on their head to serve crab upon a frozen tongue, raw pork heart or bellota ham plated on musical dishware that’s perfectly timed so all diners eat and orchestrate together.

Worth noting: Before the Mugaritz season kicks off every April, Andoni holds a lottery to invite 10 diners to go behind the scenes of the latest menu.

Sánchez accused by right-wing of alliances ‘against the state’