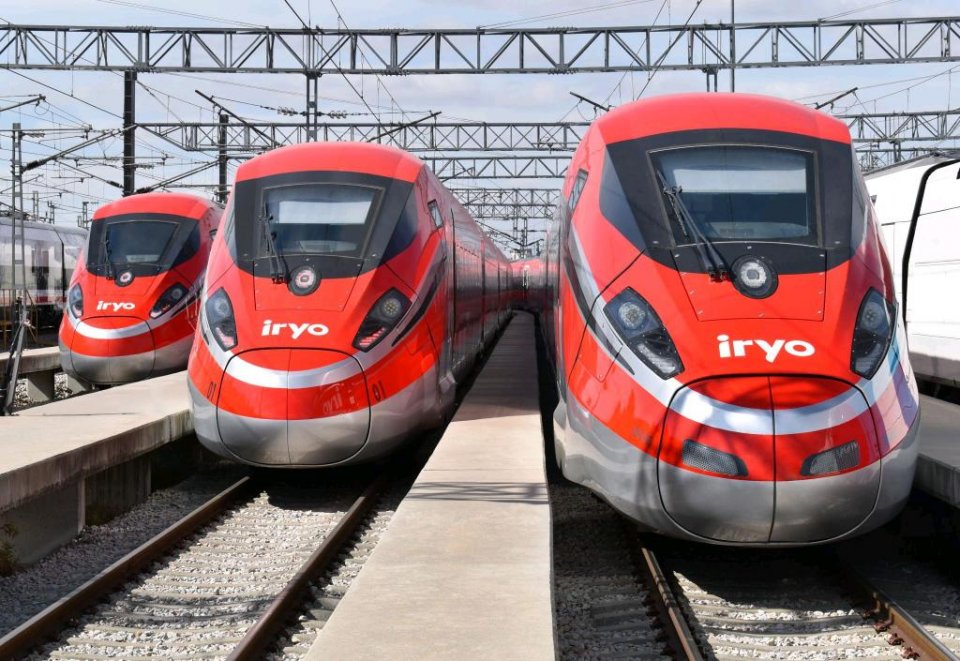 Spain’s third train operator kicks off its new Madrid-Barcelona route on Friday 25 November, with Valencia, Málaga and numerous other cities to be added to its network and average ticket prices selling for €18.

As competition in Spain’s high-speed rail market heats up, the country becomes Europe’s first nation with three players in the sector.

The new firms have pushed down prices and increased passenger traffic on the high-speed network, which at 4,000 km is the second longest in the world after China’s.

Private operator Iryo, which is 45% owned by Italy’s Trenitalia, made an inaugural symbolic trip on Monday from Madrid to Valencia.

Spain’s Transport Minister, Raquel Sánchez, who went on the inaugural trip, tweeted: ‘I am proud that our country is the first in Europe with three high-level companies providing high-speed services under transparent and non-discriminatory conditions.’

Ticket prices will vary depending on the different packages offered, but according to Iryo the average cost per one-way ticket is €18.

Iryo will compete with French railway company SNCF’s firm in the country, Ouigo, which has been operating since May 2021 and Spanish state-owned rail operator RENFE, which opened its first high-speed service in 1992. ALSO READ: Ouigo low-cost train route between Madrid-Alicante launching in autumn.

Iryo, which is kicking off its operations in Spain with 20 trains, will in mid-December expand its services to include a Madrid-Valencia route, via Cuenca.

In March 2023 it will start running trains from Madrid to Seville, Málaga, Córdoba and Antequera in Andalusia. In June, it intends to launch its route to Alicante, via Albacete.

Ouigo already operates trains along the Madrid-Barcelona and Madrid-Valencia routes and plans to start services to the Mediterranean port of Alicante as well as Andalusia next year.

Spain’s state rail infrastructure operator Adif in 2019 granted contracts allowing the firms to operate on these routes for 10 years.

RENFE responded to the arrival of Ouigo in May 2021 with the launch of a low-cost bullet train service called Avlo. ALSO READ: Renfe launching Madrid-Valencia AVLO route with tickets starting from €7.

The company has also renewed its fleet of trains and improved the service it offers passengers on their journeys.

Average prices for tickets on high-speed trains between Madrid and Barcelona have dropped by 25% since Ouigo started operating last year, according to Spain’s competition watchdog CNMC.

Passenger traffic on the route has jumped by 47%, and is up by 14% along Spain’s entire rail network since May 2021, according to Adif.

Spain deports ‘radical’ Muslim activist, after living in the country for 30 years