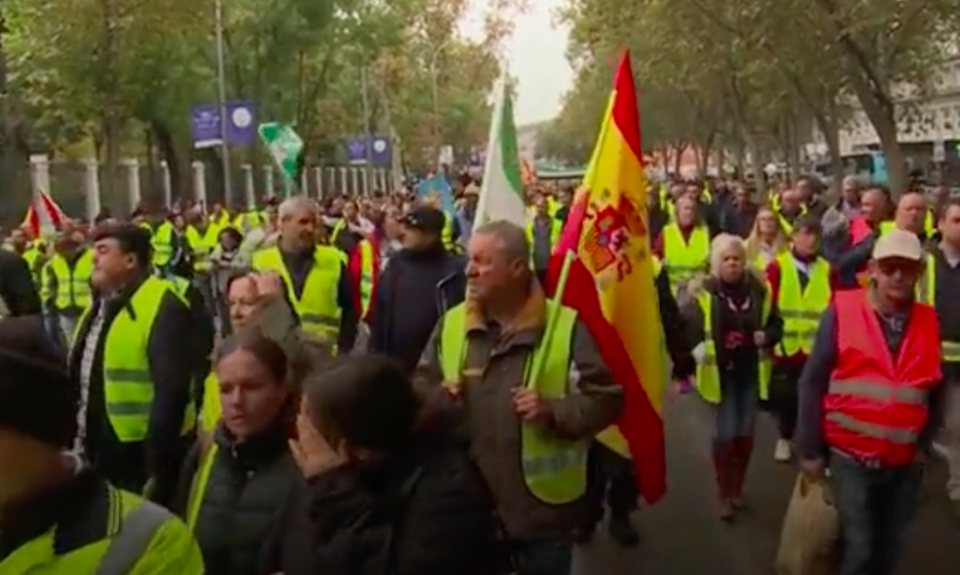 Truck drivers, who brought Spain to a halt earlier this year, began a new strike on Monday as hundreds marched through the capital Madrid demanding changes to road freight rules and protesting at the cost of living.

The protest by the unofficial Platform for the Defence of Transport comes a day after a large rally against the Madrid region’s public health policy and 11 days after Spain’s main unions held a general demonstration against rising living costs.

Hundreds of protesters in high-visibility vests marched through central Madrid from Atocha train station to the Spanish Congress waving posters with slogans such as: ‘We don’t want subsidies, we want solutions.’

The nearly month-long strike by truckers during March and April brought Spanish supply chains to a halt, caused food shortages, triggered a bout of inflation and hit quarterly economic growth. The strike lasted 20 days, and caused many supermarkets across the country to display some empty shelves.

The Platform for the Defence of Transport called for another open-ended strike starting from Monday, seeking changes in road freight regulation to protect margins and keep truckers’ costs down.

Local media reported that traffic was flowing as normal on Monday in the crucial supply chain centres in the port of Barcelona and the wholesale food markets in Madrid and Seville, the country’s fourth largest city.

Back in the Spring, the truckers eventually obtained a massive aid package that included rebates on the price of diesel fuel and a 1,200-euro cash bonus. But they say the rebates have been overtaken by the rise in fuel prices since then.

ALSO READ: Truck drivers in Spain to start another indefinite strike from 14 November.