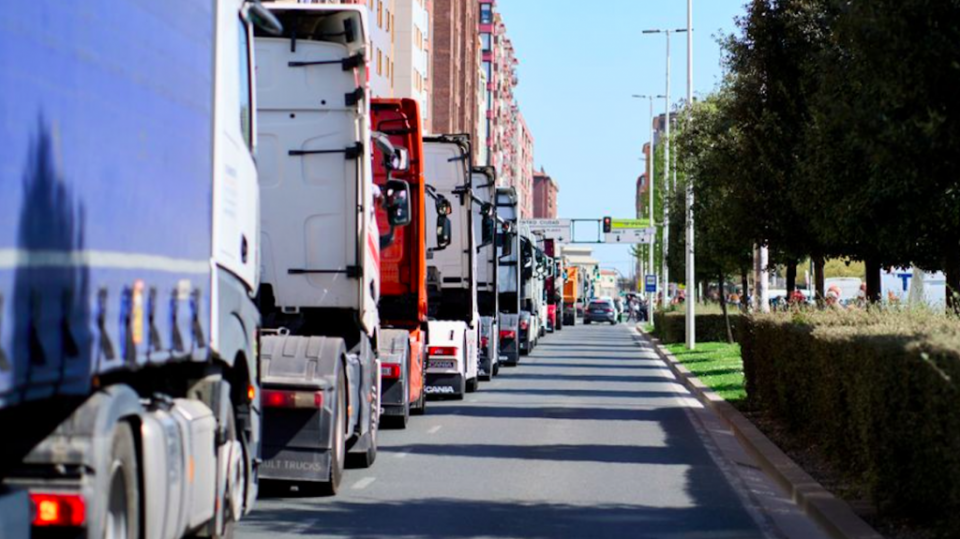 Truck drivers in Spain will start another indefinite strike from Monday 14 November, threatening the supply of food and goods ahead of ‘Black Friday’ and the Christmas period. It follows a similar strike held in March this year, which resulted in the government agreeing a massive aid package.

The ‘Platform for the Defence of the Road Transport Sector’ held a strike in the Spring over rising costs and ‘insufficient’ measures to help the sector, and which was later ‘temporarily’ called off. The strike lasted 20 days, and caused many supermarkets across the country to display some empty shelves.

The platform announced the new strike starting from Monday in defence of ‘millions’ of jobs for truckers. It said that it had received support from 86% of its affiliated companies.

The small transport companies and self-employed truckers have criticised that agreements reached with the government to halt the strike in the Spring – later ratified in August by the Spanish cabinet – have not been complied with.

Among the measures was a mechanism for preventing them from working at a loss, as well as direct aid for the sector of €450 million.

But the truck drivers claim that wages have not increased and they are still working at a loss. They also say that they will be even more stretched in the coming weeks due to ‘Black Friday’ and the Christmas period.

‘They are asking us for time to make some changes that we have been asking for a long time. What we don’t have is time,’ the platform’s spokesman, Manuel Hernández, said in a press conference. ‘Every day that passes, family tragedies happen. Cases of suicide are occurring,’ he added.

The haulers association claim that their strike action has the support of other sectors, such as livestock and agriculture, also feeling the effects of soaring prices.

‘The administration must react quickly, be responsible and avoid what is to come,’ warned Hernández.

He claims that more than 200 self-employed people and small transport companies close permanently every month.

Spain’s Minister for Transport, Raquel Sánchez, has asked for ‘responsibility’ from the truck drivers to avoid another stoppage in the sector.

In an interview with TVE, Sánchez said that it is a ‘difficult time’ and that it is necessary to consider ‘what has been achieved’ so far with dialogue between the administration and the sector.

Logistics and the hospitality sector have slammed the planned strike, calling it ‘irresponsible’ for threatening the supply chain at a time when ‘thousands of companies have their earnings on the line’.