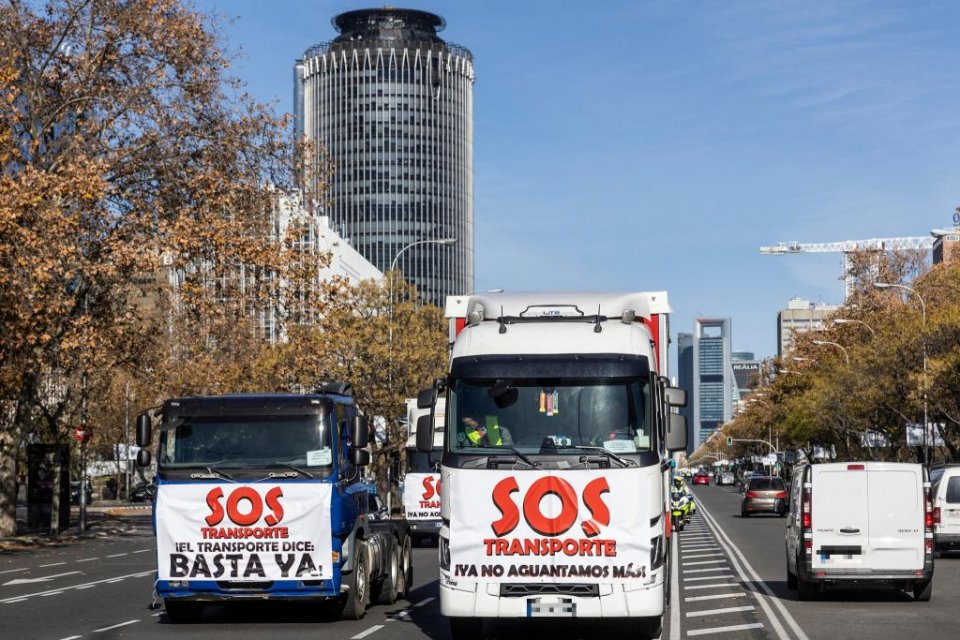 The Spanish government agreed to a package of €500 million in direct aid to the transport sector on Monday, hoping to end a strike by some truck drivers over surging fuel costs – but the organisers have said that the strike will continue.

‘We are going to introduce a subsidy on the price of professional diesel so that this measure has a real and effective impact,’ Transport Minister Raquel Sánchez said after meeting with the National Road Transport Committee.

She said the measure was in line with similar actions taken in France, Portugal and Italy and would take effect from 1 April. The government will not reduce IVA (VAT) on fuel.

Whilst the strike only involves a minority of drivers, it has caused huge traffic jams across Spain, leading some factories to halt production as they could not guarantee deliveries would be received on time. Also read: Strike by Spanish truck drivers provokes supply chain tensions.

The strike organiser, a truck drivers and small truck owners group association known as the Plataforma para la Defensa del Sector del Transporte de Mercancías, was not present at the meeting and said the government’s announcement was insufficient.

‘Until we negotiate the real problems faced by small truck drivers, there will be no suspension [of the strike],’ the Platform’s president, Manuel Hernández, told the Reuters news agency, adding that their key demand is to prevent drivers from incurring losses when transport costs are higher than revenues.

Hernández said the government proposals were ‘Band-Aids’ that do not address what he argued is a deeper wound.

Asked about the strike continuing on Tuesday, Spain’s Finance minister Nadia Calviño told a press briefing that ‘these are positive measures for truck drivers and those platforms that would not back (the measures) are clearly showing they do not defend the interests of this sector’.

The government plan follows a consultation by the European Commission on a draft proposal for a state aid temporary crisis framework to support the EU economy in the context of surging global inflation, exacerbated by the Russian invasion of Ukraine.

Such support could be granted in any form, including guarantees, subsidised loans and limited grants to partially compensate companies, particularly intensive energy users, for energy price increases, the EU said earlier in March.