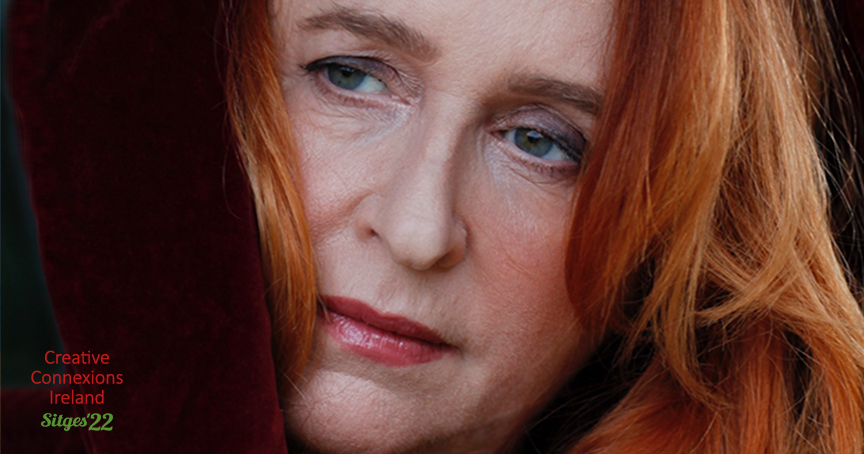 The Creative Connexions Ireland: Sitges ’22 Festival is now only a couple of weeks away, with more than 60 musicians from Ireland travelling to Sitges for a four-day festival (27-30 October) of music, dance, theatre and youth arts.

With a star-studded line-up you won’t want to miss, Creative Connexions is bringing a selection of household Irish names to this year’s festival stages. You can click here for the full line-up of artists and tickets.

During the festival you’ll also get a chance to watch the versatility of three Irish legends who all share an impressive and longstanding career including global touring, international recording deals and even competing in the X-Factor live shows: Mary Coughlan, Geraldine Plunkett and Mary Byrne.

The diamond of the Irish music scene, Mary Coughlan’s talent holds power to move and touch hearts. Her husky voice and unique jazzy stylings make up for powerful, truthful performances – not to be missed!

Coughlan is one of Ireland’s greatest soulful jazz and blues singers, a true artist who has crafted a timeless and highly regarded, versatile career with devoted fans worldwide. Coughlan embraces each song with deep empathy, courage interspersed with humour, emotions that reach way beyond the stage connecting with each and everyone in the audience.

Her debut album Tired and Emotional rocketed her to overnight fame in 1985 and 15 albums later she is writing songs for another, and continues to mesmerize live audiences in sold out houses throughout Europe, UK, Australia and New Zealand.

Coughlan performs at the Mercat Vell in Sitges on Friday 28 October at 21.15h. Click here for ticket details.

Geraldine Plunkett is an Irish actress known for her part as Mary McDermott-Moran in the Irish television series Glenroe.

In Sitges during the Irish Arts Festival you have the chance to experience an outstanding performance by Plunkett in ‘Waiting’, a monologue by Irish novelist Jennifer Johnston.

Waiting features Eithne, originally from Glasthule, Dublin, now living in London, and in a hospital waiting room awaiting news of her husband. She talks about her life before and after her marriage and reveals secrets, as she says ‘secrets, we all have them’. Both funny and surprising, Waiting is a wonderful theatrical treat.

Plunkett started acting in The Abbey Theatre. During her time at the Abbey some of her favourite roles were Gwendolen in The Importance of Being Earnest and Solange in The Maids. Over the years, her performances have included the Mother in Tom Murphy’s Famine (both on stage and TV) and Una in the Gate Theatre’s production of Juno and the Haycock in Edinburgh, Jerusalem and Broadway.

She has performed in theatres all over Ireland, internationally and in many one person plays. Her credits includes roles in The Clinic, many other TV and radio shows, as well as films like 8.5 Hours and Insatiable. You can currently watch her as Rose in Fair City. She was awarded Best Supporting Actress for The Afters in the Irish Times Theatre Awards 2020

Plunkett performs Waiting at the Mercat Vell in Sitges on Friday 28 October at 18h. Click here for ticket details.

The Irish star of the live X-Factor shows, Mary Byrne will be performing in Sitges as part of The Dublin Song.

Byrne’s story is the stuff of fairy tales and movies. She’s the Tesco supermarket checkout lady who took a chance in life at the age of 50 by auditioning for Britain and Ireland’s biggest TV talent show, the X Factor.

Although she was pipped for a place in the 2010 X Factor final, Byrne won the hearts of millions with her big, warm personality and powerhouse voice. She performed for Queen Elizabeth II on her historic state visit to Ireland, shared the stage with Neil Diamond to perform for over 55,000 fans at Dublin’s Aviva Stadium, and has performed all over Ireland, the UK, Europe and the USA.

Byrne performs as part of The Dublin Song , the closing show at the Mercat Vell in Sitges on Sunday 30 October at 18.30h. Click here for ticket details.

You can click here for the full line-up of artists.

ALSO READ: The Fiddler of Sitges: a new competition as part of the Irish Arts Festival.