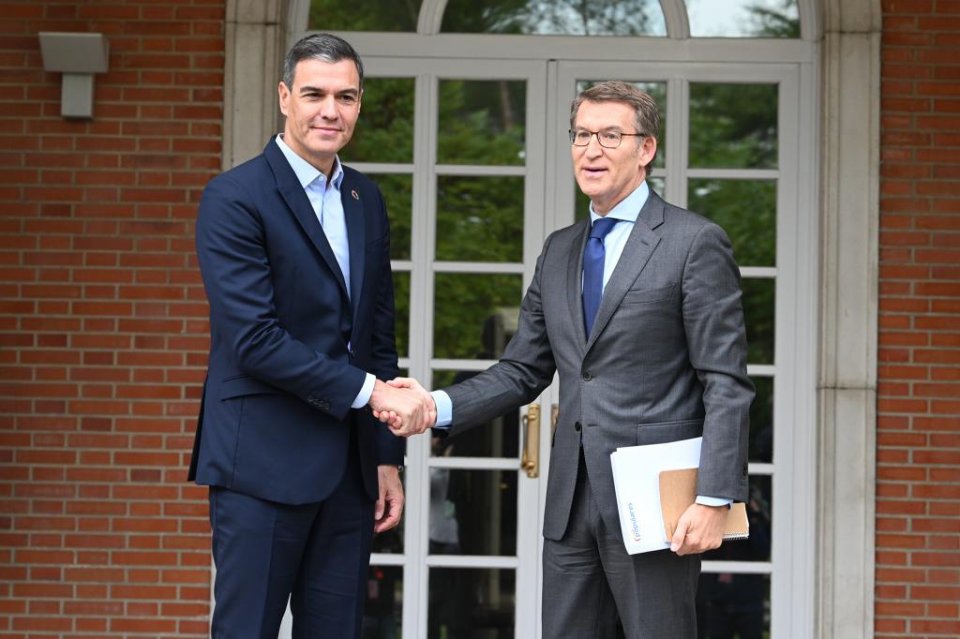 Sánchez and Feijóo first need to agree on a replacement for Carlos Lesmes, the head of Spain’s judicial body, who resigned from the post on Sunday in protest over the long-running political deadlock that has halted appointments to the 20-member legal watchdog.

Lesmes had served as CGPJ head since 2013. His mandate, along with the Council’s, actually expired in 2018, but they have since been operating on an interim basis because the PSOE and PP can’t agree on its makeup or reach political consensus to appoint a successor.

In a statement on Sunday announcing his intention to resign, Lesmes said he’d ‘lost all hope of change’ and that staying any longer in his post ‘would only mean my complicity with a situation that I abhor, and which is unacceptable’.

He said his decision was taken ‘out of respect’ for the dignity of Spain’s legal institutions and judges ‘who rightly expected that the [politicians] representing them don’t remain indifferent about a situation that seriously compromises the credibility and functioning of the entire judiciary’.

After Sánchez and Feijóo met on Monday, Spanish presidency minister Félix Bolaños told the press that the two parties agreed that the resignation of Lesmes ‘exacerbates’ the ‘deep institutional crisis’ of the judiciary, and the pair acknowledge the need to find a ‘quick solution’.

The CGPJ has 20 members — 12 judges or magistrates and eight lawyers or other jurists. The CGPJ president is also the head of Spain’s Supreme Court. The CGPJ is in charge of appointments, promotions, and transfers of judges, as well as inspecting how courts work and ‘staunchly safeguarding the independence of the judiciary’, protecting it from the other powers.

Yet, it is the Spanish Congress and the Senate, the legislative powers in Spain, that appoint the members of the CGPJ leadership. Both chambers require three-fifths majorities to appoint a new team when the five-year mandates in CGPJ expire. .

Brussels has repeatedly criticised Spain over the deadlock with EU Justice Commissioner Didier Reynders urging both sides to ensure the CGPJ’s mandate was renewed ‘without delay’ on a visit to Madrid late last month.