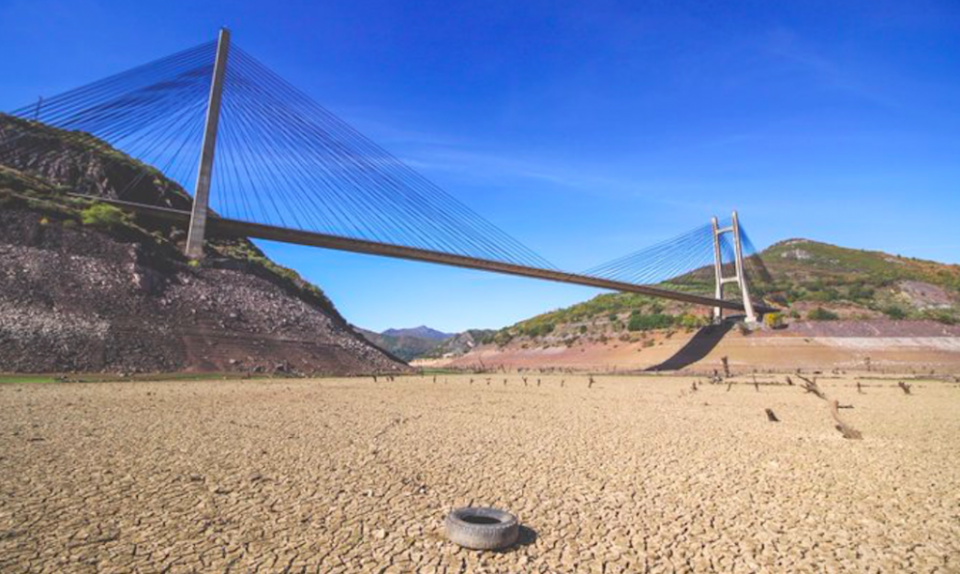 With no significant rainfall for almost two months in Western, Central and Southern Europe, the dry period is expected to continue in what experts say could be the worst drought in 500 years.

The EU’s Joint Research Centre (JRC) has warned in a recent report that drought conditions will get worse and potentially affect 47% of the continent.

Andrea Toreti, a senior researcher at the European Drought Observatory, said a drought in 2018 was so extreme that there were no similar events for the last 500 years, ‘but this year [2022], I think, it is really worse’.

For the next three months, ‘we see still a very high risk of dry conditions over Western and Central Europe, as well as the UK,’ Toreti said.

Spain is already experiencing one of the worst droughts since records began with reservoirs at their lowest levels in more than a decade. Earlier this week, the national weather office AEMET confirmed that Spain has seen the hottest month of July in more than six decades, since official records began in 1961. ALSO READ: ‘Final heatwave’ of the summer coincides with air-con restrictions in Spain.

Many regions in Spain are already suffering from a lack of water and reserves have fallen to 39%, the lowest percentage since 1995.

There are already limits on water usage in some towns and cities in Catalonia, Galicia, Andalusia, Extremadura, Castilla y León and Castilla-La Mancha.

In Andalusia, some avocado farmers have had to sacrifice hundreds of trees to save others from wilting as the Vinuela reservoir in Malaga province dropped to only 13% of capacity, down 55% from a year ago.

Water levels in the Limia River in Galicia are so low that the remains of the ancient Roman fort of Aquis Querquennis have been revealed [see BBC Weather tweet below]. They were flooded during the Franco era in 1949 when the As Conchas dam and reservoir were built. The fortress was built around 69-79 AD.

A view of the Roman camp Aquis Querquennis, located on the banks of the Limia River in Galicia, Spain. The camp is usually under water but can now be seen because of the low water levels. pic.twitter.com/LDP0X1sc9g

The Cijara reservoir in Extremadura is now 84% empty after severe drought and animals are having to survive on what little water remains.

#Drought in Europe is on course to be the worst in 500 years.

That’s according to a senior scientist at the European Drought Observatory.

So, why is this happening now and what are the consequences? 🧵

Hi, I would like to know from Mr. Andrea Toreti how the drought of the last 500 years are measured. What techniques is he applying?