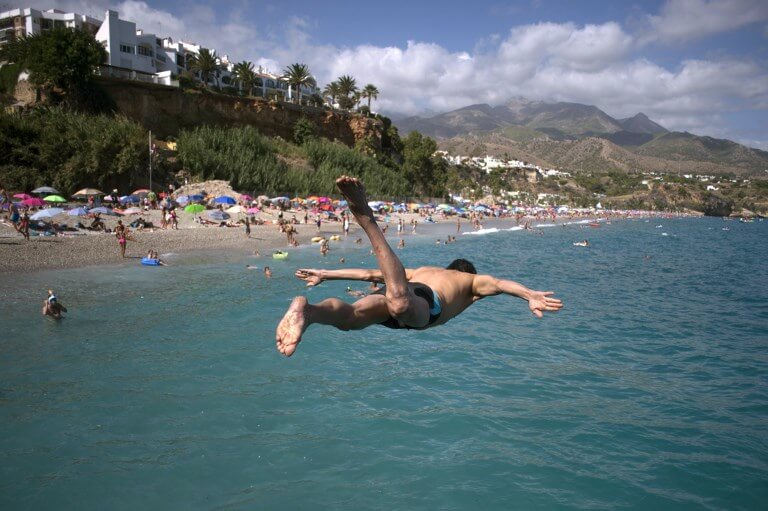 Spain has seen the hottest month of July in more than six decades, the national weather office AEMET confirmed on Monday.

For the first time since weather records started in 1961, July registered an average temperature of 25.6C, that was 2.7C above the recorded average for any previous month of July. It was also 0.2C higher than that of July 2015, which until now was the warmest month of July.

The southern Andalusian town of Morón de la Frontera posted the highest temperature of the month with 46C on 24 July. The northwest Galicia region posted a record temperature of 44C in the city of Ourense.

The extreme heat and lack of rain has caused many wildfires and worsened a drought in many areas. The European Forest Fire Information System says 2022 has been the worst year so far in terms of scorched territory and the number of fires for Spain. The agency says 240,000 hectares have been razed in more than 370 fires in Spain.

Portugal’s weather service IPMA also said July was the hottest since national records began in 1931. The average temperature was 25.1C, it said. That was almost three degrees higher than the expected July average.

In France, it was the driest July since measurements began in 1959.